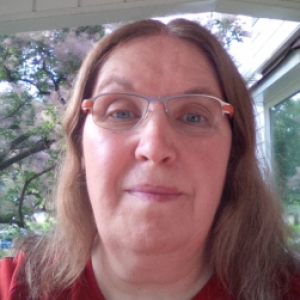 Meticulously analyzed forensic evidence is a critical component to solving crimes; and understanding how to convey its weight in a criminal trial carries further significance in determining justice. Yet, few people specialize in both forensic science and law. Cecilia Hagemen, PhD, Assistant Professor of Forensic Science in the Faculty of Science, is a Criminal Lawyer and Forensic Scientist in the areas of forensic DNA analysis, bloodstain pattern analysis, serology, and body fluid identification. She has served as an expert forensic witness on more than 130 criminal cases for jury and non-jury trials in the Superior Court Justice of Ontario, trials and preliminary inquiries in the Ontario Court of Justice, and inquiries in Coroner’s Court during her career.

Dr. Hagemen spent 20 years as the Assistant Section Head of Biology in the Centre of Forensic Sciences with the Ministry of Community Safety and Correctional Services in Toronto, prepping scientists to perform the role of expert witness and assessing their role in court. First appointed to UOIT in 2007, Dr. Hageman returned to the field in 2009, and served as a Sessional and Adjunct Professor until 2013 before resuming her tenure-track position. She is also an Associate Graduate Faculty member and her research aims to understand how scientific evidence is used in criminal court proceedings. Forensic Science students have the benefit of her practical, real-world expertise.

She serves on the Board of Directors of the Canadian Society of Forensic Science, and is an Associate Member of the Law Society of Upper Canada. Highly sought after for her forensic expertise, Dr. Hageman has participated in three television productions involving cases from the Centre of Forensic Sciences, and she co-authored the DNA Handbook. Passionate about aiding those wrongly convicted, she assists the student-led Innocence Project at York University, and works with the Toronto-based Association in Defence of the Wrongly Convicted, to overturn unjust convictions.

Board of Directors, Canadian Society of Forensic Science (professional)

The Canadian Society of Forensic Science (CSFS) is a non-profit professional organization incorporated to maintain professional standards, and to promote the study and enhance the stature of forensic science.

Dr. Hageman conducts and oversees forensic scientific testing and examinations, and provides her expertise to the courts, lawyers and investigators. She also co-ordinates collaborative research projects in which her UOIT students can gain real-world forensic experience.

The 2nd Edition DNA Handbook gives lawyers the scientific foundation they need to effectively represent clients, communicate knowledgeably with forensic scientists, and handle DNA evidence according to the evidence law.

Not so fast with that rapid DNA

The impact is perhaps less dramatic, but a high-tech, rapid DNA device promises to turn DNA testing — a process that often takes weeks or months from the point of extraction, mailing, receiving, inventory, and analysis — into a fully automated, hands-free procedure that wraps in less than two hours. “The idea with rapid DNA is to do what’s already done in the laboratories, but instead of sending the sample to the lab, do it right at booking [in police stations] or right at a travelling laboratory,” says Cecilia Hageman, professor of forensic science at the University of Ontario Institute of Technology. “This says we’re going to bypass the laboratory; we’re just going to put the sample in, have the profile spit out.”

Cecilia Hageman, a professor at the University of Ontario Institute of Technology, testified in more than 100 criminal cases during the roughly 20 years she spent working as a forensic scientist at the Centre of Forensic Sciences in Toronto.

She said she is “sick and tired” of DNA evidence being upheld as “the gold standard of forensics” because the condition of a sample can skew the outcome, and there can be different interpretations of the results.

“I think that (authors) should be up on what the labs are doing now,” says Cecilia Hageman, an assistant professor in the forensic science program at the University of Ontario Institute of Technology and former forensic biologist with the Centre of Forensic Sciences. “What was impossible yesterday is going to be possible today,” she says.

Blood, fingerprints all in a day’s work at UOIT crime scene house

Dr. Cecilia Hageman, an assistant forensic science professor at UOIT, looks at the macabre mess and pronounces it a “very classic pattern.”

“Blood can tell you lots of things,” she says. “Most of the time it tells you DNA profiles and you’re able to make comparisons. But sometimes the question you try to answer is not who, but what happened?”

Against All Odds – Dealing with DNA Evidence

Getting Ready for the Forensic Biology Laboratory of the Future

Avoiding Misunderstandings and Staying Within Your Area of Expertise