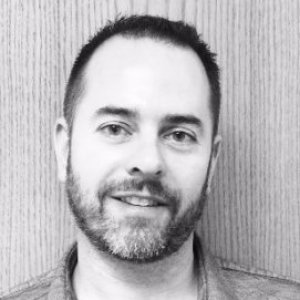 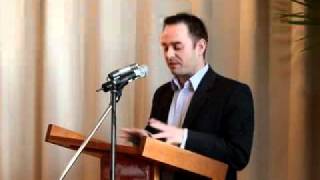 Chad W. Post is the director of Open Letter Books, a press at the University of Rochester dedicated to publishing contemporary literature from around the world. In addition, he is the managing editor of Three Percent, a blog and review site that promotes literature in translation and is home to both the Translation Database and the Best Translated Book Awards. His articles and book reviews have appeared in a range of publications including The Believer, Publishing Perspectives, the Wall Street Journal culture blog, and Quarterly Conversation.

Though final numbers are not yet in, this year’s Guadalajara International Book Fair (FIL), which ran November 30–December 8, attracted some 800,000 members of the public, 2,300 publishing professionals, and 300 rights directors. FIL is the largest book event for publishers and authors in the Spanish-speaking world, and this year’s fair featured presentations on a variety of topics, including the rise of audiobooks and the importance of peer review for university presses. Chad Post, publisher of Open Letter Books, a press that specializes in translated literary fiction, returned to FIL for the first time in 15 years. He said that, compared to other events such as the Frankfurt Book Fair, attending FIL is “like entering another world” because “every meeting is enthusiastic and collegial, more representative of the overall ecosystem in a way that’s very positive for all the various stakeholders.”

Biblioasis's 'Ducks' is an Unexpected Hit

“It has taken 15 years for this to happen and I don’t anticipate that it will happen again,” said Dan Wells, publisher of Biblioasis, about the surprising surge in sales of Ducks, Newburyport by Lucy Ellmann, a 1,040-page experimental novel that largely consists of a single unending sentence in the mind of housewife in suburban Ohio. The book was already a darling of independent bookstores, who got a preview of the title back at Winter Institute in Albuquerque this January. But when the book was shortlisted for the Booker Prize, the U.K.’s most prestigious prize for fiction, the title started generating buzz and headlines. Wells notes that the book might not merely be attracting the curious. “I’ve been following the conversations about the book online and can see that it is now being propelled by word-of-mouth,” he said. He also reports that the book is attracting attention from academics. One professor, Randy Boyagoda, who teaches at the University of Toronto, is the head of this year’s Giller Prize jury, and is also published by Biblioasis, is assigning it to his literature class. “He’s teaching it alongside David Foster Wallace, and I’ve seen others say that some are thinking of Ducks as this generation’s Infinite Jest,” Wells said. The Two Month Review podcast by Chad Post at the University of Rochester has just started a close reading of the book with fans and critics for its tenth season.

For the gala on October 29, Emily Wilson, the Philadelphia-based translator of WW Norton’s 2017 edition of The Odyssey, will serve as honorary chair, and the co-chairs of the event are Jennifer Moross and Rebecca Servadio. Last year’s Ottaway winner was Chad Post, director of Open Letter Books, a press at the University of Rochester dedicated to publishing contemporary literature from around the world, and managing editor of Three Percent,

RIFFRAFF, A BOOKSTORE, COFFEE SHOP, and bar in Providence, Rhode Island, is co-owned by Tom Roberge and Emma Ramadan. Since the bookstore's opening in December 2017, Roberge and Ramadan have curated their books with uncommon specificity and intention. Roberge is also on a judging panel for the Fondation Jan Michalski for writer and translator residencies in Switzerland and regularly co-hosts the translated literature podcast Three Percent with Chad Post.

In 2018, 632 never-before-translated books of fiction and poetry were published in the United States. It's the fifth straight year the US has published more than 600 translations, quite the feat for a country that has long been accused of having an insular book culture. By comparison, less than 400 translations were published in each year from 2008 to 2010. The data are from Publishers Weekly Translation Database, which goes back to 2008. (Accurate data before 2008 are not available.) What accounts for the huge increase? Chad Post, the maintainer of the Translation Database and the director of the press Open Letter Books, believes it's a combination of two factors. One, a large number of new new translation-focused publishing houses opened over the last several decades, which Post thinks might be a result of the US becoming more engaged in world events after the September 11, 2001 terrorist attacks. Two, the huge popularity of a few recent translations like Stieg Larsson's The Girl With the Dragon Tattoo and Elena Ferrante's My Brilliant Friend, led publishers to see translation as increasingly commercially viable.

On average, there are only 421 new fiction translations published each year in the United States, according to the recent Vulture article by Chad Post called “Will Translated Fiction Ever Really Break Through?” You might think, “421! That's a lot!” but on average (and depending on where you're looking) the United States publishes around 300,000 books annually. Proportionally speaking: we need more books in translation! In the Vulture article, Post paraphrases a New York Times piece called “America Yawns at Foreign Fiction.” It was written in 2003, but seems to illuminate the current regard publishers have for books in translation. The assumption is that Americans think books in translation are too boring and not salacious or thrilling enough to hold the attention of a wider audience. Editor's note: Chad Post is the publisher and founder of the University of Rochester's Open Letter Books

Danielle Steel has published 179 books in her lifetime

At Vulture, Chad Post considers why it is that America publishes so little translated literature: In an industry — publishing — that loves data about as much as a vegan digs barbecues, numbers are not normally dwelled upon. Whereas we can know to the dollar how much money Avengers: Endgame has made, almost in real time, book sales are guesstimates based on Nielsen BookScan's admittedly incomplete reporting. So it was a big deal when a study back in 2005 — initiated by PEN World Voices — announced that less than 3 percent of all the books published in English were originally written in another language. Editor's note: Chad Post is the publisher and founder of the University of Rochester's Open Letter Books

Yes, there are some literary stars here whose books come to U.S. readers in translation — Karl Ove Knausgaard, Stieg Larsson, Elena Ferrante — but the number of books published in English that were originally written in another language has held steady at around 3% of the total for many years. Chad Post, founder of the publishing house Open Letter, which specializes in translated lit, writes about the interlocking issues behind “the 3 percent problem.” – Vulture

"Chad W. Post of Open Letter Books to Receive 2018 Ottaway Award for the Promotion of International Literature Post will be honored at the Words Without Borders 15th Anniversary Gala on October 30..."

Current foreign fiction has found new U.S. readers. 9/11 is part of the reason.

Chad Post, the founder of Open Letter and the creator of the translation blog Three Percent (the name comes from an old statistic for the percentage of all literary books published in the United States in a given year that are translations), suggests that 9/11 sparked “sudden interest in foreign countries, and new awareness of the general connectedness of the world.”

"From the outside, a book like ‘Tómas Jónsson, Bestseller’—a hefty 50-year-old local classic filled with wordplay and obscure references—seems like a gamble for any publisher, but as Head of Open Letter Books Chad W. Post points out, being able to take risks is one of the benefits of being a small press..."

On September 23, the Croatian author Dubravka Ugrešić read in Rochester, N.Y., as part of a fund-raiser for Open Letter Books, the translation-focused nonprofit publishing house based at the University of Rochester. The choice of Ugrešić as a speaker was deliberate: Nobody’s Home, one of her collections of essays, was the inaugural title by the press, first appearing in bookstores in 2008 in a handsome paper-over-board edition. A decade later, Open Letter has published 103 books from 44 countries and 26 languages.

The publishing industry is in a tailspin; translated works account for, at best, 3 percent of the American book market; and budgets for higher education are shrinking. But none of this seems to deter Open Letter Books, a small, year-old press here affiliated with the University of Rochester that publishes nothing but literature in translation. “There’s a set of readers out there that’s very interested in translations and international literature and is not getting what it wants,” said Chad W. Post, Open Letter’s director. “So we believe our business model can work. American literature has a lot of great works. But English-speaking readers don’t have full access to voices and viewpoints from around the world, and we’re trying to rectify that.”

Giving Brazilian Literature Its Due in English and at Frankfurt

2013 Last month I was fortunate enough to be the sole American representative to take part in the Brazilian Publishing Experience 2013, a specially organized cultural exchange program designed to help promote Brazilian literature to the rest of the world. We spent ten days total in Brazil, both in Rio de Janeiro and in the unbelievable city of Paraty, where we were able to attend FLIP — the Greatest Book Festival in the World. (No, seriously. Not only was the line-up loaded with stars—Geoff Dyer, Karl Knausgaard, John Banville, Lydia Davis — but it took place in one of the most beautiful spots on earth.)...

For Publishers, The Long Term Is the Only Race Worth Winning

2012 I want to start by apologizing for not being there in person. As Alistair [Burtenshaw, director of the London Book Fair] probably explained, I ran into visa difficulties in the Atlanta airport and was sent back to Rochester, NY…Which is pretty much like South Africa minus the sun. Or something...