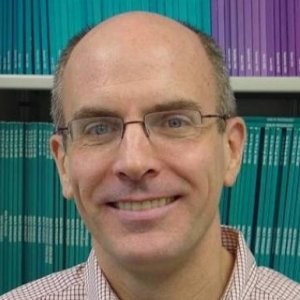 Professor Emery received his Bachelor's degree in Psychology from Columbia University in 1980 and his Ph.D. in Clinical Psychology from the University of Southern California in 1985. At USC, Charles specialized in Aging and Adult Development. After internship training at the University of Colorado Health Sciences Center in Denver (1985-86), Charles was a post-doctoral fellow at Duke University's Center for the Study of Aging and Human Development for 2 years. In 1988, he joined the faculty in the Division of Medical Psychology, Department of Psychiatry at Duke University Medical Center. Charles remained at Duke until December 1994, when he moved to Columbus and the Department of Psychology at Ohio State University. At OSU, Charles has continued his research program in behavioral medicine and the psychology of aging, specifically addressing psychological adjustment to chronic illness and psychological outcomes of physical exercise. He is Director of the Cardiopulmonary Behavioral Medicine Program, providing practicum training experience in health psychology for graduate students at OSU. Charles is currently on the editorial boards of Annals of Behavioral Medicine, Heart & Lung, Journal of Behavioral Medicine, and Journal of Cardiopulmonary Rehabilitation and Prevention.

People who are overweight and plagued by chronic pain may find relief in a Mediterranean diet, new research suggests.

The study of 98 men and women between the ages of 20 and 78 builds on growing evidence that a diet heavy on fish, fruits, vegetables, nuts and beans provides significant health benefits. It also sheds new light on why eating these foods might reduce pain associated with obesity.

"Although the relationship of body fat and pain has been well-documented in prior studies, the mechanism is not known," said Emery, a professor of psychology at Ohio State University.

Mindfulness No Aid to Weight Loss in Trial

Another researcher who has looked at mindfulness and weight loss -- Charles Emery, PhD, at the Ohio State University -- added in an email that these results were consistent with past results. “Part of the problem is that achieving and maintaining weight loss is difficult,” he wrote. “It’s possible that adding a mindfulness component just isn’t a strong enough additional component.”...

Keeping food out of sight could be a way to keep it out of your mouth. That's the hunch of Charles Emery, a psychologist at Ohio State University, anyway. His latest research suggests that how food is set up around the house could be influencing how much people eat and, ultimately, how heavy they might be.

There are a lot of factors that scientists say explain obesity — defined as a body-mass index over 30 — from genetics to lifestyle changes to socio-economic status.

“The amount of food in the homes was similar, but in the homes of obese individuals, food was distributed in more locations outside the kitchen,” said Dr. Charles Emery, professor of psychology at Ohio State and lead author of the study.

“That speaks to the environment being arranged in a way that may make it harder to avoid eating food. That has not been clearly documented before.”

“Effects of the home environment and psychosocial factors haven’t been examined together in previous studies,” Emery said. “Most weight-loss interventions for children and people with eating disorders include a focus on self-esteem, but it’s not standard for adult weight-loss programs...

A well-established connection between body weight and chronic pain might be explained by inflammation in the body, and the study points to anti-inflammatory foods including fish, nuts and beans as a key to preventing or reducing that pain, said lead researcher Charles Emery, a professor of psychology at The Ohio State University.

“We found that a healthy diet explained the link between weight and pain and specifically that seafood and plant proteins such as peas and nuts and beans were key,” said Emery, who is a member of Ohio State’s Institute for Behavioral Medicine Research.

“It appears to be telling us that it’s not just the quantity of the food you eat that plays a role in pain for heavier individuals, but the quality of food as well.”...

“The amount of food in the homes was similar, but in the homes of obese individuals, food was distributed in more locations outside the kitchen,” said Charles Emery, professor of psychology at Ohio State and lead author of the study. “That speaks to the environment being arranged in a way that may make it harder to avoid eating food. That has not been clearly documented before.”...

"There is an aura around mindfulness intervention in weight loss and yet we need to know, in this era of evidence-based medicine, what the data tell us,” said Charles Emery, professor of psychology at Ohio State and senior author of the study.

“There are many reasons to think mindfulness would be relevant for weight loss because people may have a range of behavioral and psychological responses to eating that mindfulness can address, including helping them slow down and focus on enjoying a meal,” Emery said. “But our review of the research shows we still have a long way to go to provide convincing evidence of the benefits of mindfulness for weight loss and, especially, how it may work. ”...

“These beliefs about health haven’t been looked at in a cardiac population before,” said Charles Emery, professor of psychology at Ohio State and senior author of the study.

“Most patients referred to cardiac rehab have been sedentary. Though they are in a supportive environment, exercise is still not necessarily pleasant and can be painful from time to time. So it’s important to examine factors that might negatively influence them and then intervene to address those factors – in this case, their irrational health beliefs.”...

racticing yoga for as little as three months can reduce fatigue and lower inflammation in breast cancer survivors, according to new research.

The more the women in the study practiced yoga, the better their results.

At the six-month point of the study – three months after the formal yoga practice had ended – results showed that on average, fatigue was 57 percent lower in women who had practiced yoga compared to the non-yoga group, and their inflammation was reduced by up to 20 percent...