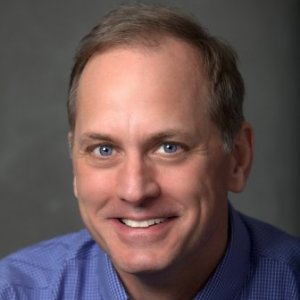 
Dynamic Speeches and Workshops on the Writing Revolution ... And More

Charles Euchner is a teacher, author, and creator of The Writing Code. The only brain-based system for mastering writing in all fields, The Writing Code teaches all the skills you need in a single day.

Euchner, who previously taught writing at yale and ran a public-policy think tank at Harvard, is the author of a dozen books, including the acclaimed Nobody Turn Me Around: A People's History of the 1963 March on Washington (Beacon, 2010). Euchner's work runs the gamut, from politics and elections to cities and planning to sports business and baseball.

Euchner speaks widely to groups on the civil rights revolution and the writing revolution. Euchner shows how the Internet, globalization, and changes in schools and other major institutions are fundamentally transforming the way we communicate. In this new age, everyone's a writer. Euchner shows how to master the challenges of the Writing Revolution with his simple, intuitive, brain-based system.

In addition to speaking, Euchner conducts seminars. He has appeared on m,ajar TV and radio stations, including "Nightline," "Morning Edition," "All Things Considered," "Talk of the Nation," "SportsCenter," "The Diane Rehm Show," and more. He has also contributed to and appeared in major print media, including The New York Times, The Wall Street Journal, People, Los Angeles Times, The Boston Globe, Newsweek, and more.

Development of brain-based system for mastering writing and communications. System engages learners through storytelling, which offers a "template" for mastering more technical and abstract skills (mechanics and analysis). System has been tested in ten states and the District of Columbia with a wide range of learners -- Fortune 500 executives and professionals, small business people, authors and journalists, high school and college students, and dropouts and retirees.

Covered a wide range of topics, including computers in education, athletics and physical education, the teaching profession, bilingual education, and state and federal government.

Helped to establish center, now known as Dukakis Center, as a leading "think and do tank" in Boston.

Author of books on a wide range of subjects -- one on civil rights, three on writing, two on baseball, three on urban policy and planning, one on presidential elections, one on political and social movements, one on sports politics, and one on diplomacy. Also author of hundreds of articles and reports on a wide range of topics, for national publications including Newsweek, The New York Times, The American, Education Week, The Boston Globe, and more.

The Civil Rights Revolution: A Tale of Three Heroes

based on his acclaimed book Nobody Turn Me Around: A People's History of the 1963 March on Washington (Beacon Press, 2010), Euchner explores how social change requires powerful leadership for "body, mind, and soul." He shows how three leaders -- A. Philip Randolph, Bayard Rustin, and Martin Luther King -- created the "space" for the greatest transformation in American democracy since the Civil War.