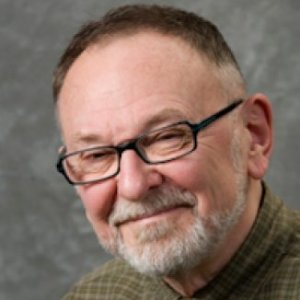 Professor Chuck Knapp is a graduate of New York University School of Law, JD (1960), University of Sydney, Rotary Foundation Scholar (1957), and Denison University, B.A. (1956). He came to UC Hastings in 1998 from New York University Law School, where he had been a faculty member since 1964, and was the Max E. Greenberg Professor of Contract Law.

At UC Hastings, Professor Knapp was named the first holder of the Joseph W. Cotchett Distinguished Professorship. Besides his years of service at N.Y.U., he has been a visiting professor at Harvard, the University of Arizona, Brooklyn Law School, and the University of Copenhagen.

His principal teaching interest is the first-year Contracts course. Along with UC Hastings' Professor H.G. Prince and Professor Nathan Crystal, he is the co-author of a widely used casebook, Problems in Contract Law, published by Aspen and now in its seventh edition. Professor Knapp’s other teaching is usually in the commercial law area; at UC Hastings he also teaches an advanced Contracts course and a course in Secured Transactions.

Born and raised in Zanesville, Ohio, Professor Knapp has two daughters, a son-in-law and a daughter-in-law, and five grandchildren, with all of whom he tries to spend at least some time each summer at the family home in the Catskill Mountains, in New York State.

Order of the Coif (professional)

Cases and Controversies: Some Things to Do with Contracts Cases

In this article, written as part of a symposium on “Contracts in the Real World,” Professor Knapp draws on his 40-plus years of experience teaching the Contracts course, to suggest some of the various ways in which the reports of decided cases can be employed in the teaching of that subject, beyond the basic task of communicating doctrine to students entering law study. He cites and discusses dozens of cases, ranging over more than a century and a half of American and English jurisprudence. Although most of the cases he analyzes can be found in present or past editions of the Knapp, Crystal & Prince casebook, Problems in Contract Law, a majority will probably be familiar to any teacher of the subject.

The notion that a court tasked with enforcing a private agreement should be allowed – or even, in some cases, required – to withhold enforcement because of the unfairness of the agreement is not a new one; scholars have traced it back well beyond the earliest days of the Anglo-American legal system. In the United States, the current formulation of that idea can be found principally in the doctrine of unconscionability, which has enjoyed since its incorporation into the Uniform Commercial Code a place in the menu of contract law doctrines, even if a somewhat insecure and sometimes disputed one. This Chapter summarizes with a few broad strokes the earlier story of modern unconscionability law in the U.S. It then focuses on the history of that doctrine in American courts over the last two decades, identifying those situations in which it has been most frequently advanced, and those where it has been most likely to succeed. This also entails exploring the interaction of that doctrine with the federal law favoring enforcement of private contractual agreements to submit future disputes to arbitration. Finally, the Chapter considers generally the possible future development of unconscionability law, with particular regard to the continued utility of the “procedural/substantive” dichotomy, and the employment of unconscionability as a tool for policing contracts of adhesion.

evisiting the Contracts Scholarship of Stewart Macaulay: On the Empirical and the Lyrical

The notion that there is in general contract law a “duty to read” persists in the decisions of American courts. This chapter explores the question of what it may mean today to say that there is a “duty to read,” and concludes by suggesting what role (if any) that doctrine should play in our present-day law of contract. The chapter begins by examining various ways in which the “duty to read” is commonly articulated, and compares it to other contract law concepts: the “duty to bargain in good faith” and the “duty to mitigate damages.” It points out that, like the “duty to mitigate,” the “duty to read” (DTR) is not technically a “duty” but rather a limitation on a party’s ability to assert what would otherwise be available claims or defenses under the rules of contract law. Sometimes described as a “conclusive presumption,” the DTR is in practice more of a rebuttable presumption – a “presumption of knowing assent” – permitting the adhering/signing party to overcome in some situations the legal fiction that she has in fact read and understood whatever written agreement she has signed onto. The chapter next considers a variety of ways in which the DTR may be countered or overcome. These include: interpretation (often “against the drafter”); lack of “true assent” for some reason (such as forgery, lack of authority, or duress); mistake, either mutual or unilateral; fraudulent misrepresentation (or wrongful nondisclosure) of either the nature or contents of the writing, or fraud in the inducement; and other doctrines such as reasonable expectations or unconscionability. The chapter also notes and evaluates policy arguments for the DTR rule, such as the law’s desire to insulate a written agreement from later challenge (similar to the justification for the parol evidence rule); application of the estoppel principle to protect a drafter who has relied on the other party’s representations of knowing assent; and the view that adherence to an agreement can properly be seen as a sort of “blanket assent” to its contents. Having sketched the legal background of the DTR, the chapter then proceeds to examine a selection of some two dozen cases, all later than 2005, which discuss and in some cases rely on the DTR rule. In many of these cases the adhering party was indeed prevented by the DTR from defending against enforcement. In some, however, one of the defenses described above proved successful.

Being no expert in the niceties of constitutional law, my first impulse was to decline the invitation to take part in this Symposium devoted to decisions of the United States Supreme Court. On reflection, however, I thought perhaps a bit more ink might appropriately be expended on the Court's 1991 decision in the case of Carnival Cruise Lines, Inc. v. Shute.' While probably not the worst Supreme Court decision of all time-okay, clearly not the worst-the Shute case was, from my standpoint as a teacher of contract law, a bad decision for the parties, for the court, and for the future of contract law...

This article examines the past, present and future of promissory estoppel. After surveying the development of the doctrine over the last century, Professor Knapp describes and responds to some contemporary commentary on the subject. He argues that while most of the recent authors have been generally friendly to promissory estoppel, the thrust of recent criticism has been to reduce the role that the theory can or should play in contract law. The article then examines why courts sometimes apply promissory estoppel where reliance seems to be absent, and other times deny reliance-based recovery even though reliance is demonstrably present. Finally, Professor Knapp turns his attention to the question of why we need promissory estoppel. Examining a series of hypothetical cases involving various contract doctrines, he concludes that promissory estoppel and the general notion of reliance protection have played and should continue to play a major role in helping courts to reach just and equitable results in contract disputes.