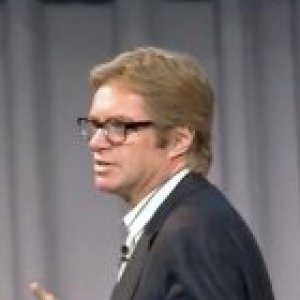 
Provocative thought leader who challenges the status quo in the fields of innovation, entrepreneurship, and leadership.

While I’m technically a serial entrepreneur, I’m too interested in the next big thing to focus long enough to make something really big. I love the startup phase but I’m really more interested in research and analysis than I am in creating products and don’t care very much about making money.

I have an MBA in marketing and was trained as a Chartered Accountant and a banker (although why I became a CA or a banker is beyond me as they weren’t good fits for me.).

I spent 15 years as co founder and CEO of Synamics, a telecommunications software firm that provided mass calling platforms to telcos. Since then I’ve co-founded two other technology companies and been an officer, director or investor in a dozen others. I’ve also provided financing, consulting and coaching services to several dozen other firms and provided training to thousands.

I spent four years at MaRS ending as CFO. For most of my time at MaRS I was heading up a group of former entrepreneurs and specialists who developed thought leadership, provided education, mentorship, market intelligence and capital to over 2,000 technology startups in Ontario. That’s where I spent considerable time developing digital media and content and the idea for Material Minds was born.

Among several other jobs in management consulting and investment banking, I spent seven years on the faculty of York’s Schulich School of Business. I’m now spending a lot of time at the University of Toronto where I’m a Senior Fellow at the Impact Centre doing research on innovation and entrepreneurship. I also teach an undergraduate course in the Faculty of Arts and Science and a course in Strategy Execution for the School of Continuing Studies.

University of Toronto: Bachelor of Arts

One of the biggest problems in business today is not coming up with strategy but with implementing it. The advent of the knowledge economy has exacerbated this problem, as companies no longer have the dials and levers of the industrial age through which they can measure and manage strategic implementation. Instead, strategy in the knowledge economy is implemented through people leadership by connecting the company's strategy with the daily action of all employees.