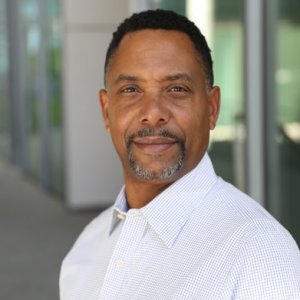 An accomplished cinematographer, Charles Swanson is the Cinematography Professor in the Production Department at Loyola Marymount University. He began his study of cinematography at USC’s School of Cinematic Arts, where he earned an MFA in Film Production. After graduation, Charles freelanced as a cinematographer and in various production positions.

Charles served as cinematographer on the feature films: FROM BARBADOS WITH LOVE, GIRL'S BEST FRIEND, CONTRADICTIONS OF THE HEART, THIS IS NOT A TEST, and SMALL BEAUTIFULLY MOVING PARTS. The latter premiered at the South by Southwest Film Festival as well as earning the prestigious Sloan Award and can be viewed on Prime Video. Charles also photographed the award-winning short films, MONTGOMERY, TIA AND MARCO (premiered at SXSW), PROFESSOR, TWO WEEK'S NOTICE, YELLOW PERSONA, and ONE BEDROOM, ONE BATH.

The music video JAGUAR, which Charles photographed for Techno artist DJ Rolando, received wide play on MTV Europe. His work has aired nationally on both The Finer Living Channel’s show, I-Design, and the commercial spot Diabetes: Living Without Limits.

In-depth coverage of LMU's School of Film and Television.