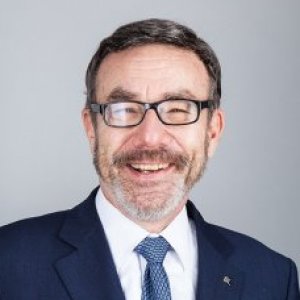 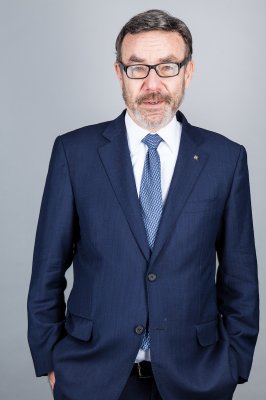 Professor Taylor is a prolific scholar and regular media commentator in the fields of advertising, branding and marketing, with a focus on the advertising for major televised events such as the Super Bowl, the Olympics, and the World Cup. He has taught courses in Germany, Korea, Austria, China, and the Czech Republic and has given lectures at many locations throughout the world. Professor Taylor has published more than 100 books, journals, and conference papers. He has consulted with companies including General Motors, Philip Morris USA, and Clear Channel Communications. Professor Taylor currently serves on the Editorial Review Boards of Journal of Public Policy and Marketing, Journal of Advertising, Journal of Consumer Affairs, Journal of Business Research, Psychology and Marketing,Journal of Marketing Communications, and Journal of Current Issues and Research in Advertising.

NFL: Brands could flock to Nassib after historic coming out announcement

The Las Vegas Raiders’ Carl Nassib could become one of the most recognizable faces in football as brands line up to be associated with the National Football League’s first openly gay active player, marketing experts told Reuters on Tuesday. The defensive end said he had agonized here about making the announcement for the past 15 years but was immediately greeted with supportive messages from the league, his team, and fellow players, who all praised his courage here. Fans responded by making his jersey the top-seller on Monday and Tuesday, according to ESPN, and now corporate America is poised to throw its support behind the trailblazing here figure too.

Cadillac has just launched a new digital campaign that will run on social channels, including Twitter, Instagram and YouTube titled “Sound of Arrival” in association with the launch of the new Escalade. The campaign features rapper, actor, filmmaker and record producer RZA explaining how each of the 36 speakers in its AKG Studio Reference System work together to deliver perfect sound via symmetry and function. In the first spot, titled “Hero,” RZA explains the technology as the speakers come to life. In conjunction with the campaign, RZA recorded one of his band’s (Wu-Tang Clan) most successful albums, 36 Chambers, on an AKG microphone—the same brand of speakers, featuring the same number (36) of speakers included in the new Escalade. In the background of the spot is a new instrumental remix of Wu-Tang Clan’s hit song, C.R.E.A.M.

If the seller isn’t willing to work with you on a legitimate issue, tell them you will report them to the Better Business Bureau, recommends Charles R. Taylor, a marketing professor at Villanova School of Business.

Super Bowl Commercials 2019: Brands Play It Safe and Look to the Future

“It seems like there’s an awful lot of humor and light appeals, and that for advertisers it’s somewhat of a play-it-safe year,” said Charles R. Taylor, a professor of marketing at the Villanova University School of Business. “We’re not hearing about anything crossing over in politics.”

"If you are just taking an ad in the Super Bowl that doesn't take a political stance, I don't think people watching are going to take issue with that," says Charles R. Taylor, professor of marketing, at Villanova University School of Business.

“It’s dangerous territory,” says Charles Taylor, a professor of marketing at the Villanova School of Business who regularly studies Super Bowl commercials. Tried-and-true Super Bowl techniques like animals and celebrities are sure-fire ways of gaining success, he says, especially when the Super Bowl will already be politicized by the ongoing debate about NFL players protesting during the national anthem.

“As drivers, we’re completely trained to notice other people,” said Charles R. Taylor, a professor of marketing at Villanova University. “And when you put human interaction in marketing, in general it leads to more ability to appeal to people’s empathy and raise emotions.”

How Much Does an NCAA Basketball Championship Matter: A Call for Research on the Public Relations Impact of Athletic Success

Advertising for Luxury and Fashion Goods: An Emerging Area