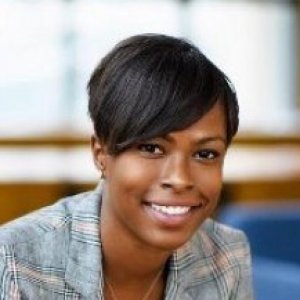 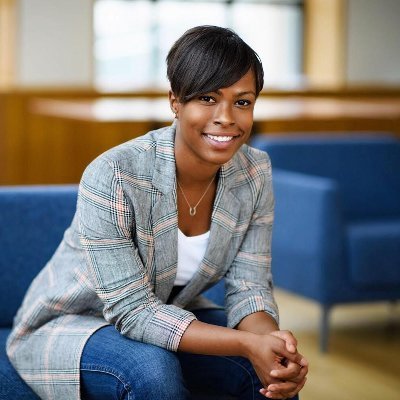 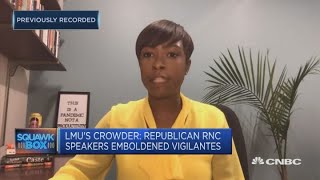 Chaya Crowder is an Assistant Professor at Loyola Marymount University in the Department of Political Science and International Relations. She received her PhD from the Department of Politics at Princeton University where she also received certificates in African-American Studies and Gender and Sexuality Studies.
Chaya’s research and teaching interests include political behavior, race and ethnicity politics, social media and American politics as well as gender and American politics. She uses an intersectional approach in her research to explore the ways that attention to race, gender and sexuality have differential effects on political behavior.

Her dissertation, entitled “Intersectional Solidarity and Public Opinion: The Impact of a Political Consciousness of Race, Gender and Sexuality on Political Behavior” explores how consciousness of the intersection of racial discrimination and gender discrimination impacts evaluations of marginalized groups. Chaya develops a theory and measurement of what she calls “intersectional solidarity,” which is defined as awareness and distress over multiple subgroups’ oppression.

Chaya is a 2018-2019 McGraw Teaching Fellow at Princeton University. She is the 2018 recipient of the National Conference of Black Political Scientists’ Bayard Rustin Best LGBTQ Student Paper Award. Chaya is also a 2016 recipient of the Ford Pre-Doctoral Fellowship and a 2015-2016 APSA Minority Fellow.

Chaya previously worked as a social justice research fellow at the Center for Popular Democracy. She graduated with a BA and an MA in Political Science from Columbia University where she was a John Kluge Scholar.

Intersectional Solidarity: The Impact of a Political Consciousness of Race, Gender and Sexuality on Political Behavior

June’s rallies for black transgender lives can change attitudes and policies. Here’s how.

On June 14 , more than 15,000 people protested in support of black transgender lives at the Brooklyn Museum in New York City. Similar protests took place in Los Angeles and Chicago. Variously called Brooklyn Liberation or All Black Lives Matter, these protests are different from the often predominantly white LGBTQ Pride events that generally take place in June — and different as well from the weeks of record-breaking Black Lives Matter protests prompted by George Floyd’s killing.

From Suffragists to Pink Pussyhats: In Search of Intersectional Solidarity

2020 The 100th anniversary of the ratification of the Nineteenth Amendment is an opportunity to reflect on the role of women in American politics. The tools of intersectionality allow scholars to pinpoint the progress and pitfalls produced by ongoing modes of sexism and patriarchy as well as racism and classism. It is now well known that major movements for the rights of American women have not always addressed the issues specific to black women (Simien 2006).

2016 From calls to remove Andrew Jackson from the $20 bill to demands that the University of Cape Town remove a statue of Cecil Rhodes and that Woodrow Wilson’s and John C. Calhoun’s names be removed from institutions at Princeton and Yale, a wave of activism is forcing us to revisit dominant historical narratives, to confront the elisions embedded in the “consensus memories” of the figures associated with them, and to recognize and reckon with their continued implications for inequality and marginalization in the present.1 “In the dialectic between remembering and forgetting that is a central component of memory,” Leigh Raiford and Renee Romano write, narratives about the past “beg us to ask what is at stake” in dominant representations of historical events and figures.

2018 In the wake of the 2008 passage of California's Proposition 8, the ballot initiative that reinstated that state's ban on same-sex marriages (SSM), advocates and activists struggled to understand what happened and to strategize for the fight that lay ahead.