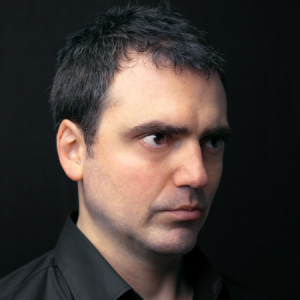 An expert in emerging media and mobile augmented reality — where social, mobile, culture and marketing converge.

¶ A veteran of the New York digital advertising scene, having worked with many of the city's largest agencies — 3 years with Ogilvy, 4 years with Euro RSCG, among others — servicing the accounts of some of the world's most recognized brands. His campaigns for Nikon, Intel, MCI and Volvo have been honored by The Ad:Tech Awards, The Addy Awards, The Web Awards and The OneShow.

¶ He is a frequent public speaker on emerging media and geo-location based mobile trends, with a focus on augmented reality. As an event organizer, he is founder and host of TEDxSiliconAlley in New; a co-organizer of ARE: Augmented Reality Event, held at the Santa Clara Convention Center in the heart of Silicon Valley, California — ARE is the world's largest business convention dedicated exclusively to augmented reality.

¶ Chris Grayson has been sourced and/or quoted by the media in The Dow Jones, The Wall Street Journal, Venture Beat, The New York Observer, AdWeek's AdFreak, Florida Today, Shopper Marketing Magazine, Web Designer Magazine, Outside Magazine, and others.

¶ Chris was a contributing writer to the print edition of H+ Magazine, the journal of Humanity Plus, a 501(c)(3) nonprofit.

¶ His eclectic education gave him the opportunity to study under two Neue Bauhaus alumni and Mies van der Rohe pupils — interior design with Jim Harrington while at Memphis State University, and John McNanie while studying architecture at Pratt Institute. Also while at Memphis State, Chris extended an Honors Colloquium entitled, "Computers in the Human Context," into an independent study program on the historical and cultural anthropological relationship between humans and our technology (also known as Cyborg Anthropology). He previously studied fine art at Memphis College of Art.

¶ An "early adopter," Chris had his first Internet account in 1983 with CompuServe and his Commodore Vic-20.

¶ Mr. Grayson is also the inspiration for the character Commander Grayson, in "The Unincorporated Woman," the third science fiction novel in the Prometheus Award winning "unincorporated" trilogy by Dani Kollin and Eytan Kollin.

Theme: The creative use of technology, beyond its originally intended application, with unexpected or unintended outcomes, that are either good, or bad, or possibly unknown.

The Intersection of Augmented Reality and DOOH, on Augmentation Panel