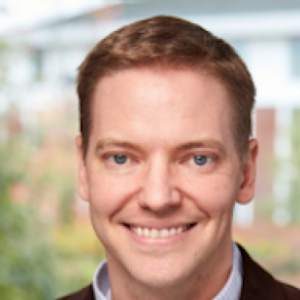 Analyzing sound archives with FAVE or, How to keep lots of data from becoming lots of bad data..

2020 The use of "needs" with a past participle (as in ‘The car needs washed’) has been identified as a feature of the US Midland, and of Englishes in Scotland, Northern Ireland, and northern England. However, linguists have generally not been able to study needs+PAST in natural language data. This study reports from a large corpus of needs+PAST productions built from tweets in 20 US cities, 17 UK cities, and 13 other cities. It confirms needs+PAST as a productive feature of Scotland, Belfast, Newcastle, and the US Midland, and supports claims that the construction spread via immigration. In doing so, it validates studies based on elicitations of grammaticality judgments, while also demonstrating new techniques to study low‐frequency linguistic variables. It provides quantitative evidence of the extent to which a settler variety of English may leave an imprint of itself over several centuries, and of the durability of regional dialect boundaries.

Anymore, it's on Twitter : positive-anymore, American regional dialects, and polarity-licensing in tweets

2019 Positive anymore is recognized as a feature of some dialects of English. However, because positive anymore occurs infrequently in conversational speech, studies have generally relied on grammaticality judgments. This article takes advantage of the massive corpus of speech-like text available on the social media platform Twitter to study productions of positive anymore in American English. More than 80,000 tweets containing anymore were collected over one month from areas around five Midland cities and three non-Midland cities. Tweets were coded for 20 types of negative polarity item (NPI) triggers and for the position of anymore within clauses. Results confirm that, in the context of American regional Englishes, positive anymore is a distinctive feature of the Midland. However, results also show intraregional differences within the Midland, with anymore being produced more frequently in Pittsburgh and less frequently in the western Midland cities of Kansas City and St. Louis. Midland cities also show increased incidence of anymore with several NPI triggers that should license NPIs in all dialects, suggesting that these ostensibly ordinary NPI triggers may affect or be affected by the use of anymore in positive polarity contexts. More generally, this research models ways that productions of positive anymore and other low-frequency linguistic variables might be studied through media like Twitter.

Speaking from the Heartland: The Midland Vowel System of Kansas

2018 Drawing on acoustic measurements of more than 140,000 vowels recorded during interviews with 50 English speakers from Kansas City, this book rigorously examines the vowel systems of those living in this large metropolitan area in the center of the United States and traces a half-century of sound change from 1955 to 1999. Results confirm findings from previous studies for speakers born in the 1950s, but also reveal a series of recent innovations that challenge Kansas City’s characterization as a Midland dialect city—or more broadly challenge the characterization of the Midland dialect. Specific features examined include the low back vowel merger, the prenasal merger of and /ɪ/ and /ɛ/, the retraction of front lax vowels, the fronting of back vowels, and the allophonic raising of before voiceless consonants. By examining these features in Kansas City, this volume updates knowledge about one speech community, but also contributes more generally to studies in the phonetics and phonology of American Englishes.

Speaking from the Heartland

2018 This book rigorously examines the vowel system of Kansas City, a large metropolitan area in the center of the United States that typifies the American Midland dialect region. Drawing on acoustic measurements of more than 140,000 vowels recorded from sociolinguistic interviews with 50 Kansas Citians, it traces a half-century of sound change from 1955 to 1999.

2016 This research examines pre-/l/ allophones of vowels in five lexical sets—GOOSE, FOOT, GOAT, STRUT, and THOUGHT—in Kansas City. It builds an acoustic profile from 5507 tokens drawn from interviews with 67 Kansas Citians born between 1955 and 1999. Results reveal a variety of overlap patterns among all five vowels, with the most widespread being overlap between the pre-/l/ allophones of FOOT, STRUT, and GOAT. Acoustically, overlap patterns generally do not show a trend of change in apparent time. However, responses to minimal pairs reveal substantial apparent-time increases in judgments of “close” or “same.” Speakers appear to adjust their productions of vowels to match their minimal pair judgments. The interaction of these productions and judgments indicates a different profile for these five vowels than has been observed in other communities and suggests that some of these vowels have become phonemically ambiguous in Kansas City.

Working the Early Shift: Older Inland Northern Speech and the Beginnings of the Northern Cities Shift

2016 The complex series of vowel changes known as the Northern Cities Shift has been extensively documented over the last four decades across the broad territory of the Inland North dialect region. Little is known, however, about the origins of the shift, and there remain open questions about where the changes began and which vowel initiated the process. This paper examines such questions by analyzing the speech of several people born in the late 19th and early 20th centuries using archival recordings of oral history interviews. Drawing on acoustic data we identify what appear to be early stages of the Northern Cities Shift in some individual speakers though many in the sample give no evidence of participating in the changes. We consider the implications of these findings for accounts of how the shift began with particular focus on Labov’s (2010) proposal.