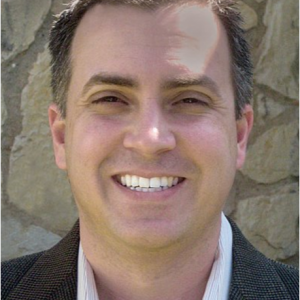 Chris Treadaway is the Founder and CEO of Polygraph Media, a social data mining and analytics company that has worked with major corporations such as Wiley Publishing, Microsoft, A.H. Belo, McDonald's Corporation, Midas, Visionworks, and the PGA Tour. Chris also co-authored two editions of the bestselling book, Facebook Marketing An Hour a Day, with Mari Smith in 2010 and 2012. He is a frequent speaker on data analytics and advertising, and has been published in major publications such as Forbes, Mashable, and ReadWriteWeb. Previously, he was Group Product Manager of Web & Social Strategy at Microsoft and was a co-founder of Stratfor. He received an MBA from the University of Texas at Austin and a BA from Louisiana State University.

Data and Advertising -- the Holy Grail for Cmos

Selected for inclusion in Facebook's "MVP" program for developers.

In Defense of Mashups

Facebook has more than a half-billion active users, and just recently gave marketers more power to communicate with their fans, get advanced analytics, and create custom pages. The question is, are your customers and prospects among these Facebook users, and if so, how do you reach and engage them? Join Frontier Communications as we discuss ways to build a successful presence on Facebook, and how to build and execute a strategy that drives business results. Attend the live, one-hour Webinar to learn: ? The evolution of Facebook ? How Facebook is changing the way small businesseses go to market ? Best practices for integrating Facebook into your overall online marketing strategy ? Tips for building effective Facebook pages, ad campaigns and marketing programs ? Facebook do's and don'ts