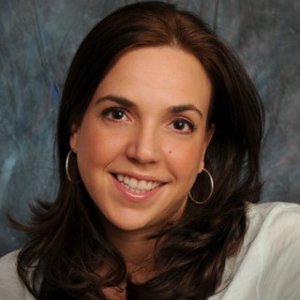 Christin Munsch earned a Ph.D. in sociology from Cornell University in 2012 and then completed a postdoctoral fellowship at Stanford University’s Clayman Institute for Gender Research. She specializes in family, work and occupations, gender, social psychology, and quantitative methods. The overarching goal of her research is to identify the ways in which contemporary, dual earner families organize interaction based on a traditional, breadwinner-homemaker model and the consequences of this mismatch for individuals, relationships, and the reproduction of inequality. This goal has generated two strains of research. First, her dissertation work considers the meaning and significance of breadwinning and investigates the effects of economic dependency in married and cohabiting heterosexual partnerships. In a second line of inquiry, she examines the “flexibility bias” and the ways in which penalties for flexible work vary by family structure.

Awarded by the American Sociological Association.

Awarded by the Department of Sociology, Cornell University.

Millennial men are more accepting than ever, but they still won't do laundry

Christin Munsch, assistant professor of sociology at the University of Connecticut, says that most millennial men say they’re for gender equality, but that it takes more than that to close the gender gap. “On some level they believe that they want to be these good feminist men that share housework and responsibilities,” she said. “But I think when all that is said and done and it comes to practice on the day to day basis, there’s a reason why it’s not implemented.”

Being the breadwinner may be bad for younger men's well-being

"'So, the effect is kind of opposite here for this psychological well-being component,' said Christin Munsch, an assistant professor of sociology at the University of Connecticut and lead author of the paper. She presented the research at the annual meeting of the American Sociological Association on Sunday..."

The Health Benefits of Decoupling Money and Masculinity

"'A lot of the gendered expectations in marriage are left over from a different era,' Christin Munsch, a sociologist at the University of Connecticut, explained to me. 'We expect women to be primarily responsible for child care. When men ‘help out’ they get brownie points...'"

"To do the study, Christin Munsch, a sociologist at the University of Connecticut, examined data for about 2,800 heterosexual married people under the age of 32 who participated in the National Longitudinal Survey of Youth, a big federal research project, between 2001 and 2011..."

Flexible Work, Flexible Penalties: The Effect of Gender, Childcare, and Type of Request on the Flexibility Bias

Her Support, His Support: Money, Masculinity, and Marital Infidelity

2015 Recent years have seen great interest in the relationship between relative earnings and marital outcomes. Using data from the 1997 National Longitudinal Survey of Youth, I examine the effect of relative earnings on infidelity, a marital outcome that has received little attention. Theories of social exchange predict that the greater one’s relative income, the more likely one will be to engage in infidelity ...

2012 We experimentally investigated the effects of gender identity threat on men's and women's perceptions of date rape and sexual coercion. Results showed that men whose masculinity was threatened responded by blaming the victim and exonerating the perpetrator more, while threatened women respond by blaming male perpetrators more and placing less blame on female victims. Men's ...

Ambivalence Toward Adult Children: Differences Between Mothers and Fathers

2012 The authors examined how ambivalence toward adult children within the same family differs between mothers and fathers and whether patterns of maternal and paternal ambivalence can be explained by the same set of predictors. Using data collected in the Within-Family Differences Study, they compared older married mothers' and fathers' (N = 129) assessments of ambivalence toward each of their ...

The Science of Two-Timing: The State of Infidelity Research

2012 This article provides an overview of research on infidelity in an effort to synthesize past studies and orient future studies. It begins with infidelity estimates, followed by a synopsis of evolutionary explanations prominent in both popular and academic writing. Despite the potential utility of evolutionary arguments, I argue that infidelity needs to be understood as a dynamic social process subject to ...