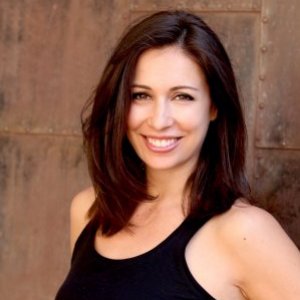 Originally from Edmonton, Canada, Christina studied in the professional division of the Royal Winnipeg Ballet School. She went on to graduate from the Juilliard School in New York City in 2005 with a Bachelor of Fine Arts. Upon graduation, Christina launched her professional career dancing with the Koresh Dance Company in Philadelphia for two seasons. In 2007, Christina returned to Canada to join Les Ballets Jazz de Montréal (BJM Danse), with which she toured the world for eight seasons. In 2015, Christina relocated to Los Angeles to join BODYTRAFFIC. In addition to her concert dance career, she has performed in television productions and special events for organizations such as Cirque du Soleil, L'Oreal, Royal Caribbean Cruise Lines and Radio Canada.

Christina is also passionate about teaching and choreographing. In addition to teaching at LMU, Christina is on dance faculty at Windward School and Marat Daukayev School of Ballet. She teaches master classes nationally and has been on guest faculty for the University of Southern California, Regional Dance America, Francisco Gella Dance Works, Idyllwild Arts Academy, Long Beach Ballet, Los Angeles Theater Center and Greater Washington Dance Center. Christina also enjoys rehearsal directing, and in 2017, she was invited by choreographer Barak Marshall to stage his work Monger on the dancers at the University of Southern California’s Glorya Kaufman School of Dance.