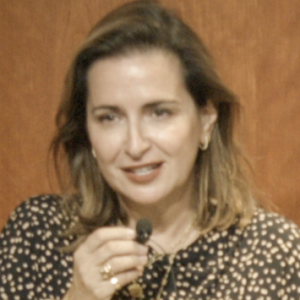 Professor Bogdanou earned a PhD in Comparative Literature from the University of California at Los Angeles with an emphasis in 19th - 20th c. European literature, critical theory and gender studies. A native of Athens, Greece, she completed her B.A. in English literature and linguistics at the University of Athens. Upon graduation, she received the prestigious National Scholar Award (I.K.Y) to pursue an M.A. in Comparative Critical Theory Studies at Warwick University in the UK and then her doctorate degree at UCLA. Prior to her appointment at LMU, she taught at UCLA and Occidental College.

Professor Bogdanou joined LMU in 2001. She has taught courses in comparative literature, critical theory, and Modern Greek literature, culture and language. She is currently the Director of the Basil P. Caloyeras Center for Modern Greek Studies and the Odyssey Summer Study Abroad Program in Greece.

Her teaching and research interests are in the areas of identity politics, gender studies, cultural representations of women and women’s writing/voices.