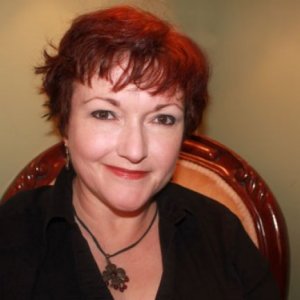 CHRISTINE PARKER-Producer/Writer/Director  began her career as a fine artist with the intent that she would support herself with her art. She quickly came to the realization that this just wasn't going to happen and went back to school to study media advertising which launched her career as a graphic designer. For the next 4 years she worked creating training materials for the Navy Supply Corps using print, and interactive training materials which allowed her to explore multimedia design. She quickly realized this was the direction she wanted her career to go in. In 2000 she found a job at a an ad agency where she was able to develop her multimedia skills further, working with flash, video, and html. It was after leaving that job that she went back to school to learn more about video and learned the nuts and bots of shooting video, editing, lighting, directing, an various aspects of production. She spent the next 8 years working as a full time video producer and editor. In 2013 she decided to devote herself to her own business that had been making films since 2004. She is now a self employed freelance producer and editor.

Christine's filmmaking began in 2004. She wrote/produced a short film Second Death followed by her first feature film, Forever Dead that she wrote directed, shot, and edited. It was picked up for distribution by Brain Damage Films/Maxim Media in 2006. Her next feature was a zombie western, Fistful of Brains. It was distributed and released in 2010. A Few Brains More was her third feature and the sequel to Fistful of Brains More. Set in 1973 , it was one crazy hippie, zombie, acid tripping tale. She has also Produced or Directed several other short films including Getting a Head in the Movie Biz, Dead of the Night, Loneliness, The Ghastly Ghostly Gas, Cache Me If You Can and Mother which was shot with an all female crew under her new company Sick Chick Flicks. She is now working her fourth feature film Fix It In Post.

How to Make Your First Film