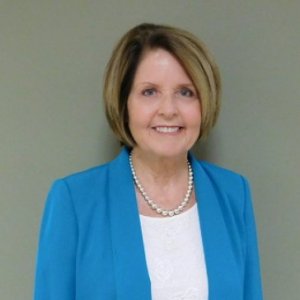 
Christine Williams research focuses on older adults and the problems of coping with cognitive impairment.

Christine Williams began her career in nursing working as a staff nurse and later as a clinical specialist in psychiatric mental health nursing. Her academic career began as an instructor at Saint Anselm College (SAC), a Benedictine liberal arts college where she progressed to tenured professor and coordinator of the baccalaureate program with responsibility for managing student and curricular issues for about 300 students as well as teaching assignments for about 20 faculty.

In 1994 she moved to South Florida where she was appointed associate professor at University of Miami (UM) School of Nursing in 1994. There she conducted research and taught undergraduate, graduate and doctoral courses. In 1995, she accepted a joint appointment as senior nurse researcher to the GRECC (Geriatric Research, Education and Clinical Center) at the Miami VA Medical Center and a position on the Executive Committee of Miami Geriatric Education and Clinical Center (MAGEC). MAGEC is a HRSA funded interdisciplinary center at UM School of Medicine with a mission to educate professionals about geriatrics. In 2000, she became a charter member of the Steering Committee of the Florida Teaching Nursing Home (FTNH) funded by the state of Florida and sponsored by the Agency for Health Care Administration and the Stein Gerontological Institute at the Miami Jewish Home and Hospital for the Aged. The FTNH was a statewide interdisciplinary effort whose mission was to improve the quality of care in nursing homes in Florida. Williams' work on the FTNH steering committee (2000-2007) highlighted the critical role of nursing in the care of institutionalized elders with dementia.

She is lead author of Therapeutic Interaction in Nursing (2nd ed.) released in September 2008. This book focuses on communication concepts and strategies grounded in current theory and research and addresses a wide range of situations that nurses encounter in their daily interactions with clients. Williams has published numerous articles in scholarly journals reporting her research with older adults and the problems of coping with cognitive impairment and health disparities.

'All is not lost' to dementia, new study suggests

In marriage, good communication is key to a fulfilling and enduring relationship. For people with dementia, communicating needs, emotions and interacting with others becomes increasingly difficult as communication deteriorates as dementia progresses. Problems in communicating lead to misinterpretations and misunderstandings, which often cause considerable stress for family members, especially the spouse caregivers as well as the patient.

The Journal of Cardiovascular Nursing

Assessment of Basic Knowledge About Alzheimer’s Disease Among Older Rural Residents: A Pilot Test of a New Measure

2017 Background and Purpose: Underserved rural populations face a higher risk of Alzheimer’s disease (AD), yet studies investigating AD knowledge in this population are lacking. The purpose of this research was to develop an AD basic knowledge measure that is appropriate for use with underserved populations. Method: A content domain map, content validity index, and cognitive interviews were used in developing the first version of the basic knowledge of Alzheimer’s disease (BKAD; Study 1). Reliability and validity of the measure in this descriptive study were examined using Rasch modeling and tests for construct, concurrent, and discriminate validity (Study 2). Multiple regression was employed to examine AD knowledge predictors. Results: Findings included that the BKAD instrument discriminated well between persons with varied education levels. Psychometric analysis yielded important information to guide revision of the BKAD measure. Conclusion: The BKAD measure shows promise in meeting the need for a culturally relevant measure to assess basic Alzheimer’s disease knowledge in underserved rural populations.

Preliminary Psychometric Properties of the Verbal and Nonverbal Interaction Scale: An Observational Measure for Communication in Persons with Dementia