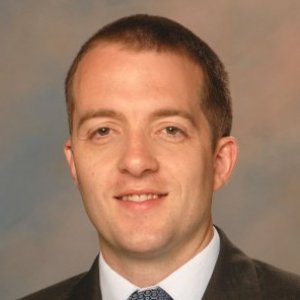 CHRISTOPHER ATKINS joined the adjunct faculty in 2012, teaching courses in human behavior in the social environment.

As a licensed clinical social worker with the U.S. Department of Veterans Affairs, Atkins meets with 1,000 Iraq and Afghanistan veterans every year to help them develop physical, psychological, spiritual, vocational and relational goals within a holistic action plan. He works from Chattanooga, Tennessee, at the second-largest VA outpatient clinic in the country. He has also served as an educator and coordinator for the VA’s Patient Centered Care and Cultural Transformation and Whole Health Coaching initiatives. Launched within the last few years, the initiatives combine components of professional care, self-care, community resources and mindful awareness to empower patients toward their health goals.

As a major and behavioral health officer in the Tennessee Army National Guard, Atkins works with soldiers on missions both stateside and downrange to help them address life stressors through a behavioral health action plan. In 2009, he assisted the U.S. Army and doctors John and Julie Gottman to create interactive, online relationship modules for the Comprehensive Soldier Fitness program. The program trains soldiers via online, interactive modules in physical, social, emotional, spiritual and relationship techniques for enhanced well-being. Atkins and the Gottmans published their work on the program in the January 2011 edition of American Psychologist.

An Operation Iraqi Freedom veteran, Atkins served in Iraq from 2007 to 2008 as a combat stress control provider for troops in the greater Baghdad area. He worked at a restoration facility (inpatient psychiatry) at Camp Liberty and was the officer in charge of a psychoeducational prevention team in the International Zone. He traveled to work with at-risk units and soldiers at multiple bases and posts while under rocket and mortar attack.

From 2004 to 2009, he served as an assistant professor in the Bachelor of Social Work program at Southern Adventist University. He created original, experiential content for courses that covered interpersonal practice, group practice, death and dying, policy practice, interviewing skills and human behavior in the social environment.

Human behavior and the social environment

Alumni of the Year Award (professional)