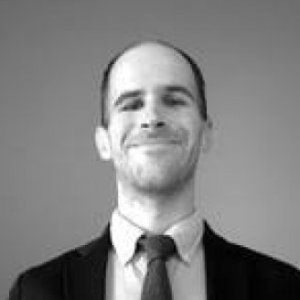 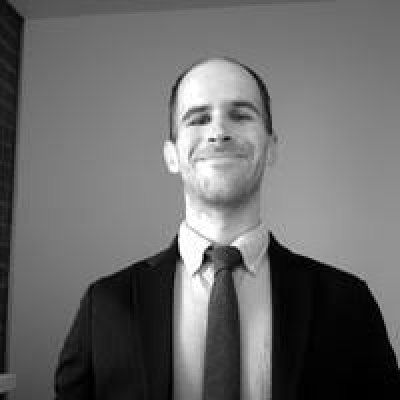 Christopher Blakley received his Ph.D in History from Rutgers University–New Brunswick in 2019. For the Fall 2020 semester he is teaching American and European history at Loyola Marymount University and Pepperdine University. He also wrote a book manuscript on human-animal interactions between slaveholders, enslaved people, and animals through the African diaspora in the British Atlantic world in the long eighteenth century. His interests in this period revolve around the role of animals in the slave trade in Atlantic Africa, enslaved specimen collectors in the Americas, plantation labor between the enslaved and livestock in the Caribbean and Chesapeake regions, and diverse forms of resistance enslaved people engaged in by attacking, stealing, and thinking about animals.

His first project aims to tell a more-than-human story of the expansion of Atlantic slavery and the abolition of the slave trade between 1660 and 1808. The story he is developing combines approaches from colonial, imperial, and environmental history. This research informs his teaching interests in early America, the African diaspora, environmental history, and the Atlantic world. Support for this research came from fellowships and grants from the Social Science Research Council, the John Carter Brown Library, the Huntington Library, the William L. Clements Library, the McNeil Center for Early American Studies at the University of Pennsylvania, the National Science Foundation, and the Center for Seventeenth and Eighteenth Century Studies at the University of California, Los Angeles.

His next project turns to the entanglement of race, medicine, and slavery in the seventeenth and eighteenth century Atlantic world by looking at the lives and medical practices of enslaved African healers before the American Revolution. In this project his chief concern is to explore the role of medical pluralism in the African diaspora, especially the intellectual curiosity of healers who adopted Indigenous American drugs and European medical techniques into their healing practices. Part of this project also involves exploring how Southeast African medicine and pharmaceuticals arrived in North America via routes of slaving that connected the Indian Ocean world to Europe and European colonies. His second project is driven by his teaching interests in the history of medicine, science, and pharmacy.

History of the Atlantic World

Hercules’s Body: European Authority and the Disfigurement of Atlantic AfricanMedicine in Jamaica

“Running From One to the Other Who are Sick”: Enslavement, BodilyKnowledge, and Medical Labor in Colonial Virginia

“I Have Been Obliged to Send Nassaw”: Indigenous, European, and AfricanMateria Medica in Colonial Virginia

To Get a Cargo of Flesh, Bone and Blood: Animals in the Slave Trade in West Africa

2019 This article examines how English and West African agents involved in the slave trade in Atlantic Africa used animals to establish trust, forge political bonds, connect distant spaces through a shared medium of exchange, and create regular trading networks from the late seventeenth century until the early eighteenth century. Slave traders from the Royal African Company and diverse West African polities offered each other livestock for sacrifice or as diplomatic gifts to formalise political or commercial alliances.

2019 This dissertation examines how material interactions between slaveholders, enslaved people, and nonhuman animals shaped the territorial expansion of the British Empire in the era of the Atlantic slave trade. My project is an environmental history of slavery and slaving from the Royal African Company’s entrance into the castle trade in 1672 through the American Revolution to the abolition of the trade in 1808. I argue that human-animal entanglements generated by slaving constituted a decisive factor in expanding the political, scientific, and economic networks of the empire.

Old Money: Rutgers University and the Political Economy of Slavery in New Jersey

Scarlet and Black: Slavery and Dispossession in Rutgers History

2016 Wealth accumulated from participation in slavery created a colonial aristocracy whose members would found Queen’s College, serve as its trustees and officers, and patronize the institution as pupils. Prominent slaveholding families donated money and land to Queen’s College (Rutgers), which helped the college reopen and remain in operation when it struggled financially. These families had relationships with Queen’s College for generations.

His Name Was Will: Remembering Enslaved Individuals in Rutgers History

Scarlet and Black: Slavery and Dispossession in Rutgers History

For over 250 years, the black individuals whose labor helped build Queen’s College have remained nameless and invisible. No more. The aim of this essay is simple: to name them, to tell their stories. They were ever present in the slaveholding world of the Dutch Reformed ministers who established Queen’s College (later Rutgers College). Here the reader will encounter familiar names: Frelinghuysen, Hardenbergh, Neilson, and many more whose histories and contributions to the college are well known and well remembered.

The Herds Shot Round the World: Native Breeds and the British Empire, 1800–1900. By Rebecca J.H. Woods

2019 Rebecca Woods’s book tracks how livestock networks involving sheep and cattle connected Great Britain to its colonial peripheries and beyond—including the United States, Canada, Argentina, Uruguay, and the Caribbean—in the nineteenth century. Asking how animal breeds became “native” from their origins to their worldwide dispersal reveals a braided political, cultural, and environmental history.