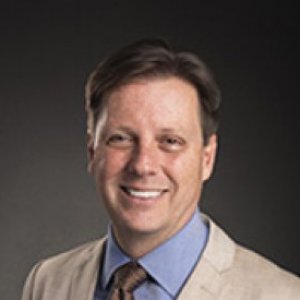 Dr. Hendricks uses more direct, hands-on approaches teaching early American history through field schools, taking students to a variety of different museums and historic sites to perform tasks like document historic structures through measured drawings (most recently crypts in Savannah’s Colonial Park Cemetery) or participate in archaeological excavations and restoration projects. For the latter, he taught students how to hew beams and cut joints to raise buildings. Such projects have helped interpret a wide range of early American sites including a slave cabin site at a Georgia plantation and an eighteenth-century garden in North Carolina.

Perhaps through his work with historic gardens, he developed a current research interest in early American foodways. His focus was the work of Mary Randolph and her classic cookbook, The Virginia Housewife. Studying the history of the cookery book as a form and the origins of southern cooking, he discovered new audiences interested in early recipes, cooking techniques, and other food traditions, and am finding myself literally educating the public about early America through their stomachs.

While he mostly works with more hands-on aspects of public history, he is involved in one extremely exciting digital history project, the Virtual Historic Savannah Project as a social history content supervisor. The site “documents the evolution of urban form by combining architectural and social history research with 3D computer and database technology.” Virtual Historic Savannah allows researchers to travel virtually through Savannah’s National Landmark Historic District at any year since its founding in 1733, seeing 3D models of extant structures, lists of building owners and occupants, and contemporary and historic photos of 2,200 buildings.

“And Will You There a City Build”: The Moravian Congregation Town and the Creation of Salem, North Carolina

2013 In the first half of the eighteenth century, members of the Unitas Fratrum, or Moravian Church, created the congregation town form to help reinforce the group's religious and social institutions. Beginning with their first town, Herrnhut, Germany (1722), the Moravians developed a unique community organizational structure and constructed buildings that reflected the evolution of the renewed Moravian Church. They positioned the structures to bolster respect for their theocratic form of government and to maintain control over the behavior of the residents. As they built towns based on the Herrnhut model across Europe and in colonial America, the Moravians honed the form's design. These towns functioned to maintain Moravian culture while allowing their residents to trade with the outside world. This article traces the evolution of the congregation town form and the institutions and systems it incorporated, focusing on the development of the complex building project of Salem, North Carolina (1766). The Moravians used the built environment—the town form and building placement—to hold true to their religious and social systems.