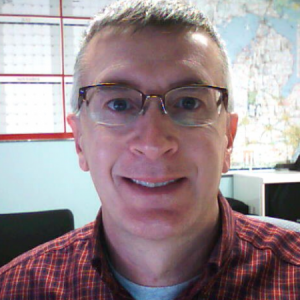 
The main objective of the Potato Specialist is to apply research to real world agriculture. 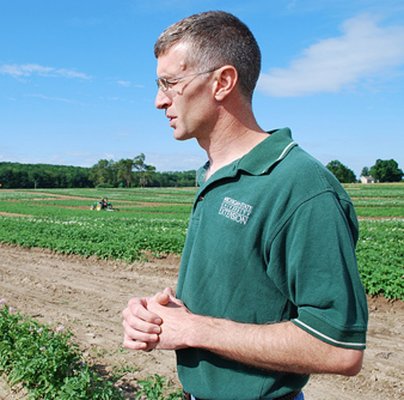 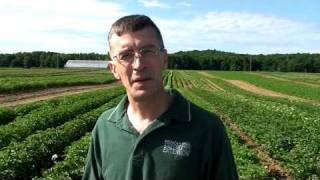 As Potato Specialist and Director of the Potato Outreach Program (POP), Long serves as the liaison between the Plant, Soil and Microbial Sciences Department at Michigan State University (MSU) and the Michigan Potato Industry Commission (MPIC). The main objective of the Potato Specialist is to apply research to real world agriculture. This is achieved through on-farm research and demonstration trials, grower focused informational meetings, and industry directed publications. The Potato Outreach Programs responsibilities include conducting on-farm variety trials, coordinating research with faculty, agri-businesses and potato growers to achieve the application of newly developed technology. The Potato Specialist coordinates the annual research farm field day at the Montcalm Research Center. Long also serves as the coordinator of the B. F. Cargill Demonstration Storage, coordinator of the MPIC Research Report, co-operator in the MSU Annual Variety Day and the project leader in a well logger data collection study. The Potato Specialist serves on the following industry related committees: Storage and Handling Committee, Research Committee and the Variety Release Committee. The “POP” also conducts the national, SNAC-International and National Fry Processing Trials in Michigan. Long is a program manager for the Potatoes USA National Chip Variety Trial Program (NCVTP) and a technical advisor to SNAC-International on potato production topics.

MSU Extension Presque Isle County thanks the Michigan Potato Industry Commission and Chris Long for the continued work they do to provide northeast Michigan potato growers with variety information to help in future decision-making. [...]

2018 Reveille Russet (ATX91137-1Ru) is a uniform, medium-early, high yielding, high pack-out, fresh market russet cultivar, with wide adaptability, released by Texas A&M AgriLife Research in 2015. It resulted from a cross of Bannock Russet(♀) and breeding clone A8343–12(♂). Reveille Russet produces attractive, oblong tubers, with medium russeting, white flesh and excellent culinary qualities. It has a lower incidence of internal defects and a higher percentage of marketable tubers in the 170 to 284 g and 284 to 510 g (6 to 10 oz. and 10 to 18 oz.) size classes than Russet Norkotah. Reveille Russet is resistant to hollow heart, second growth and blackspot bruise. It also stores longer and tends to wound-heal to a lighter brown color upon skinning during harvest and/or handling than Russet Norkotah.

2010 Previously identified as breeding line MSJ461-1, Missaukee is a round white chip processing potato variety resulting from a cross between Tollocan and NY88 and has foliar resistance to potato late blight (Phytophthora infestans de Bary). This variety has an attractive round shape and mildly netted, bright skin. Seven years of field testing in Michigan indicate that the yield of total marketable tubers in Missaukee is similar to that of Snowden. However, Missaukee has a lower incidence of internal defects than Snowden. Specific gravity ranged from 1.069 to 1.086 in Michigan trials and out-of-the-field chip scores were similar to those of Snowden. Missaukee showed some resistance to Verticillium wilt in 2-years of trials. DNA marker and greenhouse tests indicate that Missaukee is also resistant to the golden cyst nematode (Globodera rostochiensis Woll) pathotype Ro1.

2009 Kalkaska is a high yielding, round white potato with an attractive appearance with shallow eyes. Kalkaska has a vigorous vine and a late maturity. This variety has resistance to Streptomyces scabies Thaxter (common scab of potato) similar to Pike. Kalkaska has industry approved chip-processing storage characteristics (light color and low incidence of defects) and it also has better tolerance to blackspot bruise than Snowden. Specific gravity in Michigan averages 1.083, ranging from 1.075 to 1.096. Kalkaska also has a higher marketable yield than Pike and does not express heat necrosis in the tubers. The name Kalkaska was chosen to acknowledge a town located in the Michigan seed growing region.

2006 ‘Beacon Chipper’ is a high-yielding, round white potato for the chip-processing market. This variety has an attractive round appearance with shallow eyes and high percentage of oversize tubers. Specific gravity in Michigan ranges from 1.077 to 1.083. Beacon Chipper may fit a window in raw product requirements between out-of-the-field ‘Atlantic’ crop and a late storage crop. This variety has some tolerance to common scab (Steptomyces scabies Thaxter) in comparison to Atlantic and ‘Snowden’. Beacon Chipper also has good chip-processing storage characteristics (light color and low amount of defects) and better tolerance to pressure bruise than Snowden. Based upon nitrogen and spacing management studies, we recommend that Beacon Chipper be planted at 20-cm within-row spacing with 180 lbs N/acre to maximize U.S. No. 1 yield and quality. The origin and pedigree of Beacon Chipper is currently unknown, despite extensive fingerprint analyses. The name Beacon Chipper was chosen to reflect the common nautical theme of Michigan and Maine.