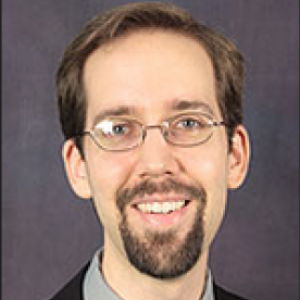 
Professor Niedt is broadly concerned with the effects of metropolitan growth and decline on race and class inequality in the suburban U.S. 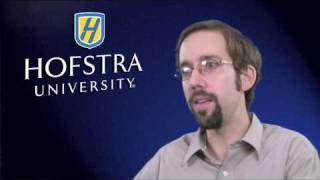 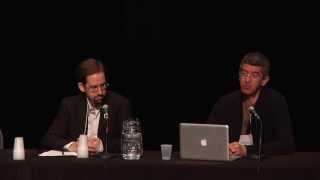 Dr. Christopher Niedt is broadly concerned with the effects of metropolitan growth and decline on race and class inequality in the suburban U.S. His recent research projects focus on the effects of the foreclosure crisis, the redevelopment of older suburbs, the use of eminent domain, and the relationship between suburban demographic and political change. As Academic Director of the National Center for Suburban Studies, he has edited volumes on suburban movements that challenge racial/ethnic exclusion and on innovative policy solutions to the foreclosure crisis.

Long Island “has some of the highest housing costs in the nation,” said Christopher Niedt, author of the Hofstra report. With the suspension of the rate cut, he said, the $3.8 million difference “is going to the federal government rather than cycling through the Long Island economy.”...

A new report by Christopher Niedt of the National Center for Suburban Studies at Hofstra University finds that could cost more than 4,500 borrowers on Long Island an average of $800 dollars more a year...

"As a former teacher, I have witnessed the destructive effect dislocations can have on schoolchildren," said resident Leah Owens, a Communities United member. Among the properties targeted, "some are underwater (on mortgages) and some of them are still occupied," but that is not mentioned in the plan, she said. Newark is wrestling with the same issues facing many communities across the country, said Christopher Niedt, director of Hofstra University's National Center for Suburban Studies. Choosing his words carefully, and interspersing them among long pauses, Niedt acknowledged the new ordinance does not reflect Baraka's previous statements on the issues.

"This is the standard redevelopment strategy of trying to knock down portions of a neighborhood and start over," he said.

"Residents should be asking questions of their elected officials," Niedt said, because "too few of the details and the long-term vision for the redevelopment area have been made clear."...

A new report finds foreclosures and housing vacancies continue to destabilize Newark, and the problems extend well beyond the two small “model neighborhoods” targeted for help by Mayor Ras Baraka.

“This is a problem that kind of spreads out throughout the city,” said Christopher Niedt, an associate professor of sociology at Hofstra University and a co-author of the study, “Our Homes, Our Newark: Foreclosures, Toxic Mortgages and Blight in the City of Newark.”

Excerpt from the book, Foreclosed America

"On Long Island, as in other parts of the country, there is a polarization of the job market," Niedt said, driven in large part by the decline in manufacturing jobs here and elsewhere and the rise of a service-based economy...

Value at Risk in the Suburbs: Eminent Domain and the Geographical Politics of the US Foreclosure Crisis International Journal of Urban and Regional Research

Several US counties and local governments have recently considered a novel solution to the foreclosure crisis. They plan to use eminent domain to compel the owners of mortgage debt—and specifically of private-label mortgage-backed securities—to sell the debt to the government at a price reflecting the loan's market value. The government would then restructure the debt and resell it to new investors...

This article examines recent plans for US municipalities to use the state legal power of eminent domain to forcibly acquire “underwater” mortgages (i.e. those with negative equity), and to refinance them on terms more favorable to the homeowners in question, as a way of addressing in a socially progressive way the nation’s ongoing foreclosure crisis. The article makes three main arguments. The first is that insofar as the plan threatens to disrupt prevailing norms of value distribution and risk bearing, it represents a fundamental challenge to the existing political economy of urban financial capitalism in the US and the law’s mediation thereof...

Who Are the Foreclosed? A Statistical Portrait of America in Crisis Housing Policy Debate

Data from the National Suburban Survey from September 2010 permit the first statistical portrait of Americans displaced by the mortgage foreclosure crisis. The average person who has experienced home mortgage foreclosure since September 2007 resembles the average American but is somewhat likely to be younger, Latino, and a parent. The foreclosed are also more likely to report various other measures of financial distress, including recent job loss...