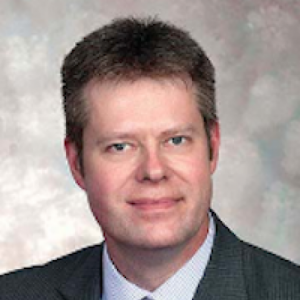 
Dr. Christopher Raebel focuses on robustness in structural systems with an emphasis on steel framed buildings.

Dr. Chris Raebel, P.E., S.E., is a seasoned expert in robustness in structural systems with an emphasis on structural steel framed buildings, structural steel connections, full‐scale experimental testing and finite‐element analysis, and floor vibrations caused by occupant activities. He is chair of the Civil and Architectural Engineering and Construction Management Department at MSOE.

More than 14,000 bridges connect the Badger State. The Federal Highway Administration says 51% of them are in good condition, 42% fair and about 7% – that's 979 – are in poor condition. "It sounds scarier than it is," said Raebel, "In almost all cases, that doesn’t mean the bridge is unsafe, it just means it’s been scheduled for repair or inspection at a more rapid pace."

“I want you guys out of here!” Canadian Pacific not happy to see FOX6 crew as 1st St. bridge inspected

A FOX6 investigation exposed corroded columns on the bridge. Road salt has eaten away I-beams at the bridge's base. "It's losing some of its integrity," Chris Raebel, a steel construction engineer said. Raebel saw plenty of reasons to be concerned. "I would encourage the owner of the bridge to seriously look at this and consider repairs," Raebel said...

“This needs to be fixed:” FOX6 finds a new “risk on the rails,” could Milwaukee be the next Quebec?

Chris Raebel, an engineer at Milwaukee School of Engineering (MSOE) agreed to take a look at what the FOX6 Investigators found. "My focus is on steel design -- just like the bridge," Raebel said. Unlike most railroad bridges, which have elevated foundations, the piers on this century-old span reach right to the road -- where every winter, salt eats away at the steel. "That's hit the base of the bridge and that`s corroding the metal," Raebel said...

2017 Flexible shear connections are commonly used within a structural steel framework. Although assumed to have no resistance to rotational demands, these connections can be demonstrated to resist measurable lateral (axial) force and moment in combination with the applied shear force. The resistance of these forces in combination can be used to help quantify the robustness of the steel framed system. The current experimental study focuses on the comparison between flexible shear connections when subjected to static and quasi-dynamic applied vertical loading. A total of 23 tests were conducted considering shear tab and WT connections with multiple bolt configurations. Strain measurements were used to calculate the lateral (axial) forces and moments on the connection, and vertical measurements were taken directly using a force transducer. Displacement measurements were also taken and used to calculate beam rotations. Comparisons between static and quasi-dynamic responses are presented, along with a comparison of energy absorbed by the system. Results show that the speed of the applied load matters when considering the response of the system to interactive forces and moments.

2014 Pedestrian movement on lightweight steel-framed floor systems can excite several vibration modes in the frequency range from 0 to 30 Hz. Although structural engineers are able to design floor systems that minimize annoying vibrations due to human activities, the frequency modes may be targeted for secondary applications such as low-demand energy harvesting. The techniques of modal analysis are useful in determining the parameters of these floor systems, with the goal of targeting resonant frequency modes for energy harvesting. Advances in vibration analysis and energy harvesting technology combined with an increasing need for sustainable energy generation have inspired recent development of intermediate scale harvesters for floor vibration. These devices necessitate accurate numerical modeling strategies for coupled steel-framed floor and harvester device systems. An accurate numerical model of a coupled floor-harvester system can provide analysis resulting in optimized and efficient designs for harvesting ambient floor vibrations suitable for energizing low demand applications. Numerical analysis of an existing experimental floor system is presented. The existing floor system was selected for analysis because its frequencies, damping ratios and mode shapes were previously obtained, allowing for focus on the numerical model. Optimization, limitations and extensions of the numerical model and a modeling protocol is discussed.

Effects of Bolt Spacing On Prying Forces in WT Connections

2013 WT connections are commonly used within the structural steel frame. These connections may be used as a hanger connection or as a flange connection element in a moment connection. When the flange of a WT shape is bolted to a column or a beam and the WT stem is subjected to a tensile loading, the tensile force in the bolts can increase due to prying action. Although prying action in tees is a well-studied phenomenon, current design provisions do not directly address how increasing bolt spacing parallel to the WT stem impacts prying force. This experimental study focuses on the effects of changing bolt spacing parallel to the stem when the tee is subjected to a tensile force. A total of ten tests were conducted considering WT specimens with two different flange thicknesses and five different spacing between the bolts. Bolt forces, determined from strain measurements, were compared to the applied tensile force to determine the magnitude of prying force. Displacement measurements were also taken and deformation demand was quantified and correlated to prying force. Experimental tests show that bolt spacing parallel to the WT stem affects prying force in the bolts. As bolt spacing increases, prying force decreases. As would be expected, WT flange thickness affects deformation and plays a role in the magnitude of the prying force. Trends regarding bolt spacing are consistent when comparing the WT specimens with different flange thicknesses.

2013 Recent advances in device fabrication and energy harvesting technology combined with an increasing need for sustainable energy generation have encouraged the development of the micro-electro-mechanical (MEMS) energy harvesting model for floor vibrations presented herein. By calibrating arrays of MEMS energy harvesters in resonance with floor vibrations, building occupants become sustainable energy sources. Optimization of these harvesters to frequency ranges of floor vibrations, subsequent synchronization of harvester location to occupant flow and improved electromechanical modeling may result in an efficient, passive power source for low-demand applications independent of external environmental conditions. A model of a floor-harvester system is developed, utilizing ambient floor vibration to excite MEMS energy harvesters via harmonic base translation. These devices then convert the mechanical vibrations to electrical power. Design considerations for piezoelectric-based energy harvesters inspired by MEMS-scale arrays are investigated. Single degree of freedom and distributed beam parameter electromechanical models are employed to predict performance, by optimization of resonant frequencies from measured low-level ambient vibrations. A simplified analytical expression for a frequency correction factor accounting for shear deformation and rotatory inertia effects is derived in terms of fundamental system parameters. Floor and energy harvesting device models are validated by comparison to experimental results and numerical modeling, respectively.

Development of an experimental protocol for floor vibration assessment

2001 Lightweight steel-framed floors sometimes possess levels of vibration, caused by pedestrian movement, found to be objectionable to the occupants. The techniques of modal analysis are useful to experimentally extract the parameters these floor systems, with the goal of better understanding the dynamic properties of the floor. From this information, better design procedures can be developed to aid engineers during the design process. This paper presents a protocol for obtaining the modal parameters of a floor system, and describes the effects of variables such as excitation type and placement; averaging; and placement of accelerometers relative to the structural members. With this, informed decisions with respect to test accuracy and setup speed can be made when designing the experiment. An in-place experimental floor is used to determine the effects of the variables.