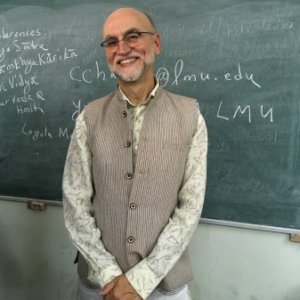 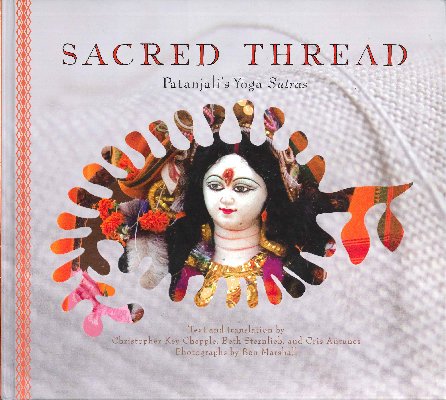 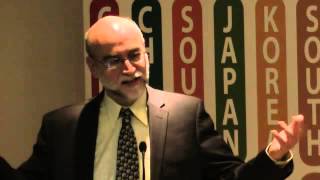 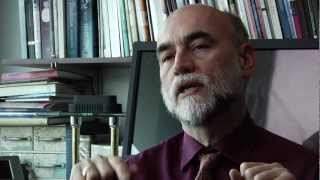 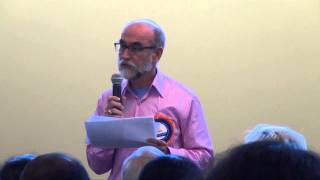 Dr. Christopher Key Chapple is the Doshi Professor of Indic and Comparative Theology and Director of the Master of Arts in Yoga Studies at Loyola Marymount University in Los Angeles. His research interests focus on the renouncer religious traditions of India: Yoga, Jainism, and Buddhism. He has published several books on these topics with SUNY Press, including Karma and Creativity (1986), Nonviolence to Animals, Earth, and Self in Asian Traditions (1993), Reconciling Yogas (2003), and Yoga and the Luminous: Patanjali’s Spiritual Path to Freedom (2008).

He has also edited and co-authored several books on religion and ecology, including Ecological Prospects: Religious, Scientific, and Aesthetic Perspectives (1994, SUNY), Hinduism and Ecology (2000, with Mary Evelyn Tucker, Harvard), Jainism and Ecology (2002, Harvard), Yoga and Ecology (2009, Deepak Heritage), and In Praise of Mother Earth: The Prthivi Sukta of the Atharva Veda (2011, with O.P. Dwivedi, winner, translation prize, Dharma Academy of North America). His most recent books are Poet of Eternal Return (2014) and Sacred Thread (with Beth Sternlieb and Cristina Anunes, 2015, both with Nalanda International / Sri Yogi). Two new edited volumes were published recently: Yoga in Jainism (Routledge) and Mind, Morals and Make-Believe: Engaged Emancipation in the Moksopaya/Yogavasistha (with Aridam Chakrabarti, SUNY). He also is editor of the journal Worldviews: Global Religions, Culture, and Ecology (Brill).

Chris serves as academic advisor for the International Summer School of Jain Studies and on the advisory boards for the Forum on Religion and Ecology (Yale), the Ahimsa Center (Pomona), and the Jaina Studies Centre (SOAS, U London). In 2002 he established the first of several certificate programs in the study of Yoga at LMU’s Center for Religion and Spirituality and founded LMU’s Master of Arts in Yoga Studies in the fall of 2013.

For the fall of 2019, Dr. Chapple received a Fulbright Nehru Excellence Award, supporting four months of research and teaching in India.

Religions of the World

Religions of the World

Religions of the Far East

Religions of the Far East