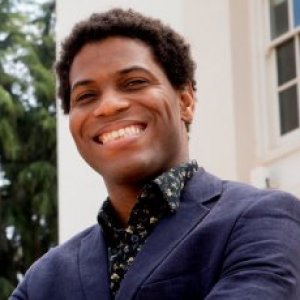 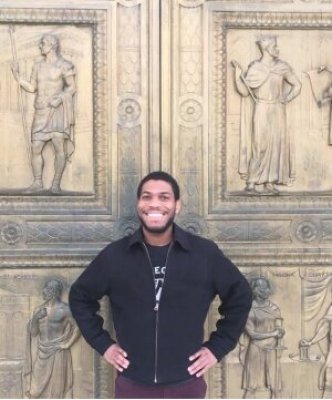 Christopher Gipson received his B.A. in Classics from Loyola Marymount University in 2013, his Post-Baccalaureate Certificate in Classics from University of California - Los Angeles in 2014, and M.A. in Classics from UIUC in 2016. He received his PhD from University of Illinois at Urbana-Champaign in 2022, writing a dissertation titled "Cannibalism and Anthropophagy in Ancient Greek Literature". While not doing research, he enjoys spending his time listening to experimental music, reading ecological fiction novels, and drawing. His research interests generally touch upon the macabre in ancient Greek literature, ranging from Attic drama, Hellenistic works, and Imperial Greek.

Chris Gipson, a fifth-year graduate student in the Department of the Classics was quite ill the opening weekend of spring break in March when he received a life-changing email...

“Chew Before You Swallow: Demeter’s Consumption of Pelops in Pindar and Lycophron”

A Tribe Called Fish: Imperial Power through Ethnography and Cataloguing in Oppian’s Halieutica

“Teaching with Eleanor Dickey’s Learn Latin from the Romans”

The 113th Annual Meeting of the Classical Association of the Middle West and South  Kitchener, Ontario

Fall 2021 A complete overview of Latin grammar, with an emphasis on morphology and syntax. University Core fulfilled: Flag: Oral Skills.

Fall 2021 A reading and analysis of Homer’s Iliad and Odyssey, and Vergil’s Aeneid (in translation).

Fall 2021 Study of the basic myths and myth patterns of the Greeks, Romans, and Near Eastern cultures, and their mythological heritage in Western literature and art. University Core fulfilled: Integrations: Interdisciplinary Connections; Flag: Information Literacy.