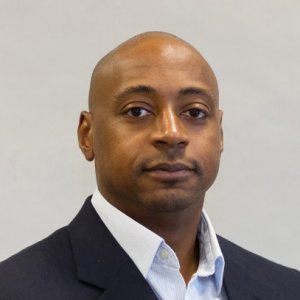 Professor of Management | Kelley School of Business at Indiana University


Christopher Porter is a management expert, specializing in leadership and interpersonal workplace relations. 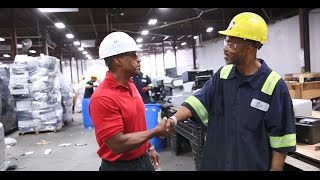 Professor Porter’s primary research interests concern interactions at work, particularly the exchange between leaders and followers in dyadic and team-based work structures and among team members in team-based work structures. Both types of structures provide complex social situations in which resources are negotiated and exchanged with potentially positive and negative results for those involved. Much of Porter’s research has focused on exchanges in teams, examining how composition and situational factors influence how members work together and the effectiveness of their teamwork. Some of his research focuses on exchanges between leaders and followers, their perceptions of each other and their perceptions of other’s exchanges and other organizational phenomena in which they are jointly privy.

2017 Self-protective implicit voice theories (IVTs) represent individuals’ deeply rooted schemas regarding the risks and appropriateness associated with speaking up at work. Based on the similarity-attraction paradigm and research on value congruence, we argue that alignment between supervisor and employee self- protective IVTs will result in higher quality leader-member exchange (LMX) relationships. In other words, it is not only important to determine whether employees’ self-protective IVTs are strong or weak, but also how closely they match up with supervisors’ self-protective IVTs, because that can affect relationships between supervisors and subordinates. We then predict that higher quality LMX relationships will translate into higher supervisors’ performance evaluations for employees, mediating the effects of self-protective IVT alignment. Results from cross-level polynomial regression analyses of a sample of 900 governmental employees with matched responses from their supervisors partially supported our predictions. Our findings have implications for the nascent literature on self-protective IVTs and the literature on LMX in the workplace.

Are there advantages to seeing leadership the same? A test of the mediating effects of LMX on the relationship between ILT congruence and employees' development

2017 Although there has been an increased interest in implicit leadership theories (ILTs) over the last two decades, only a handful of studies have examined the effects of ILT congruence among leader-follower dyads. Just as important, this research has largely suggested few effects for ILT congruence, focused exclusively on prototype congruence, examined a limited number of potential outcomes, and has failed to examine questions about ILT congruence utilizing the most appropriate statistical approaches. We examine the effects of ILT congruence, with an explicit focus on the possibility that congruence between supervisors and their employees on both prototypes and antiprototypes impacts the LMX developed within their dyads. We predict that LMX, in turn, affects employees' opportunities to engage in developmental activities. Using a sample of 74 matched pairs of supervisors and employees and polynomial regression and response surface methodology, we found that congruence between supervisors' and employees' prototypes positively influenced LMX. We also found limited evidence that LMX explained the effects of this congruence on employees' engagement in developmental activities. Although we found no evidence of antiprototype congruence effects, supervisors who rated antiprototypical traits as characteristic of leaders had lower LMX with their employees.

2016 Although turnover intentions are considered the most proximal antecedent of organizational exit, there is often temporal separation between thinking about leaving and actual exit. Using field data from 2 diverse samples of working adults, we explore a causal model of the effects of turnover intentions on employee behavior while they remain with the organization, focusing specifically on organizational citizenship behaviors (OCBs) and deviance behaviors (DBs). Utilizing expectancy theory as an explanatory framework, we argue that turnover intentions result in high levels of transactional contract orientation and low levels of relational contract orientation, which in turn lead to a decrease in the incidence of OCBs and an increase in the incidence of DBs. We first used a pilot study to investigate the direction of causality between turnover intentions and psychological contract orientations. Then, in Study 1, we tested our mediated model using a sample of employees from a large drug retailing chain. In Study 2, we expanded our model by arguing that the mediated effects are much stronger when the organization is deemed responsible for potential exit. We then tested our full model using a sample of employees from a large state-owned telecommunications corporation in China. Across both studies, results were generally consistent and supportive of our hypotheses. We discuss the implications of our findings for future theory, research, and practice regarding the management of both the turnover process and discretionary behaviors at work.