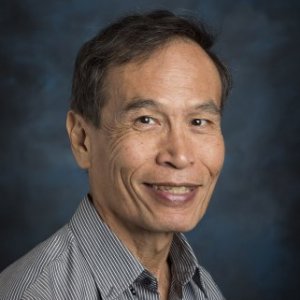 Chun Lee is a Fulbright Scholar and finance professor at Loyola Marymount University. Before joining the faculty in 2001, Lee taught at Texas Southern University, Southern Illinois University-Carbondale, and the University of Waikato (New Zealand). He was also a research analyst for KeyCorp. He is a member of the Financial Management Association, the Southern Finance Association, the Southwestern Finance Association, and the National Investor Relations Institute. He has received the Outstanding Researcher Award and the Best Paper in Investment Award at the 2006 American society of Business and Behavioral Sciences Conference.

Awarded the Outstanding Researcher Award by the 2006 American society of Business and Behavioral Sciences Conference.

Awarded the Best Paper in Investment Award at the 2006 American society of Business and Behavioral Sciences Conference.

We demonstrate the existence of a positive relationship between CEO pay disparity and the yield spreads of seasoned corporate bonds, based on a panel data in the U.S. from 2001 to 2012. The evidence is robust against alternative measures of pay disparity, the inclusion of other determinants of yield spreads as well as industry and year effects, and the potential endogeneity problem.

Academic literature struggles to explain investors’ attitude towards fees and expenses charged by mutual funds. In general, investors have been found to exhibit a puzzling lack of interest in this non-trivial component of their total return, raising questions of rationality of real-world investor behavior. An emergence of exchange-traded funds (ETFs), their rapid proliferation in the past decades and distinct features, such as more simple expense structure, present a valuable opportunity to contribute to the debate surrounding the pricing of funds. To better understand the expense policy/fund flows dynamics, the authors first test a conjecture that later entrants in the ETF markets face a disadvantage in competition for fund flows.

The effect of risk-taking behavior on profitability: Evidence from futures market.

We explore how futures traders make a tradeoff between risk and return by examining their risk-taking in the action. By applying a novel measure to their trade-by-trade transactions to capture their tendency in risk-taking, we find a general tendency to reduce risk-taking by cutting positions when facing losses or gains, and the tendency is stronger in the case of losses.

Crossing of Psychological Price Levels: the Price Dynamics and Interaction between S&P500 Index and Index Futures

Unmasking the Relationships between Exchange Rate Exposure and its Determinants: A More Complete Picture from Quantile Regressions

Largely ignored, empirical evidence is mixed regarding the sign of the relationships between exchange rate exposure and its determinants. Employing quantile regressions, we resolve the conflicting findings for S&P 500 firms by demonstrating that the culprit is the inherent limitations of the ordinary least squares (OLS) approach used in previous studies. Instead of the conflicting partial views of the picture of the mean depicted in previous OLS results, we present a clearer fuller picture of the spectrum of the relationships. Specifically, across the range of exchange rate exposure — extremely negative to extremely positive — the sign of the relationships change systematically for foreign sales, size, and debt ratio, while it remains consistently negative for quick ratio and positive for book-to-market. Test results further show significant differences in the coefficient estimates between high and low quantiles, indicating an asymmetric effect of the determinants on the exposure.

Institutional Shareholdings and the January Effects in Taiwan

Many studies have documented the “January Effect” across stock markets. In this paper, we investigate the existence of a January Effect in the Taiwanese market. We document a statistically significant January return, consistent with previous research.

An Examination of the Relationship between the Disposition Effect and Gender, Age, the Traded Security, and Bull-Bear Market Conditions

We analyze how gender and age, internal characteristics of retail futures traders—one that remains fixed while the other changes over a lifetime—and the security being traded and bull–bear market conditions, two external factors, are related to the disposition effect by separately tracking their trade-by-trade transaction histories over a period of close to six years on the Taiwan Futures Exchange (TAIFEX). We show that women and mature traders, compared with their male and younger counterparts, exhibit a stronger disposition effect. The effect is also stronger among traders who trade financial-sector futures contracts than among those who trade electronic-sector futures contracts. We further demonstrate that a bear market sees a stronger disposition effect.

In this paper, we examine the share price effects and determinants of share repurchase programs for French, German, Italian, and British firms. Like US firms, we find that German and Italian share repurchases are met with a positive and significant share price response.

Quarterly Journal of Finance and Accounting

The Journal of Trading

We use a sample of intraday extreme stock price movements and assess the noise trading component of those movements.