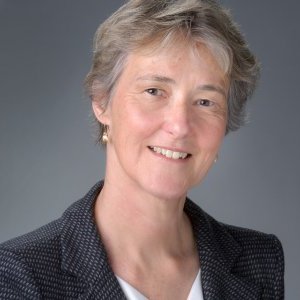 
Dr. Cupples has worked as a scientist, faculty member and administrator in three Canadian comprehensive universities since 1989.

Her research focuses on the causes, consequences and prevention of mutations in microbes and in humans, and she teaches in the areas of molecular biology and microbiology.

In her role as Dean, Dr. Cupples works with departments to set the strategic direction of the Faculty, oversees the budget and represents the Faculty of Science as a member of the senior administration of SFU. She has a particular interest in bringing science to school age children and the general public.

She has served on the boards of BCNet and the Science Fair Foundation of BC, and as President of the Canadian Council of Deans of Science; she is currently on the boards of TRIUMF, Bamfield Marine Sciences Centre and Science World.

Science Outreach to the Public

Have you ever wanted to let one of your high school teachers know how much they shaped your educational experience? SFU statistics student Nikola Surjanovic did.

There’s a disconnect between Canada’s capacity to innovate and our capacity to commercialize those innovations — or so the story goes. It’s been repeated so often it’s become a mantra in certain circles, and it was hauled out again recently in an opinion piece that wondered how we can get Canada’s health research “out of the lab and into the market.” Their solutions are always the same: reject investments in purely academic research in favour of market-driven research.

People-centered science will attract more women to the field

You don't have to lock yourself away in a laboratory to be a successful scientist.

Celebrating the Trottier Observatory - a new venue for science outreach at SFU.

We need to find better ways of teaching science if we are to capture students' interest.

MutL: conducting the cell's response to mismatched and misaligned DNA

2010 Base pair mismatches in DNA arise from errors in DNA replication, recombination, and biochemical modification of bases. Mismatches are inherently transient. They are resolved passively by DNA replication, or actively by enzymatic removal and resynthesis ...

Wot the 'L—Does MutL do?

2010 In model DNA, A pairs with T, and C with G. However, in vivo, the complementarity of the DNA strands may be disrupted by errors in DNA replication, biochemical modification of bases and recombination. In prokaryotic organisms, mispaired bases are recognized by ...

2009 5-Azacytidine induces CG-to-GC transversion mutations in Escherichia coli. The results presented in this paper provide evidence that repair of the drug-induced lesions that produce these mutations involves components of both the mismatch repair and nucleotide ...

2008 The human mutyh gene encodes a base excision repair protein that prevents G: C to T: A transversions in DNA. Biallelic mutations in this gene are associated with recessively inherited familial colorectal cancer. The aim of this study was to ...

2008 The ability of the MBD4 glycosylase to excise a mismatched base from DNA has been assessed in vitro using DNA substrates with different extents of cytosine methylation, in the presence or absence of reconstituted nucleosomes. Despite the enhanced ability of ...