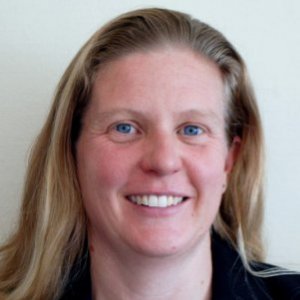 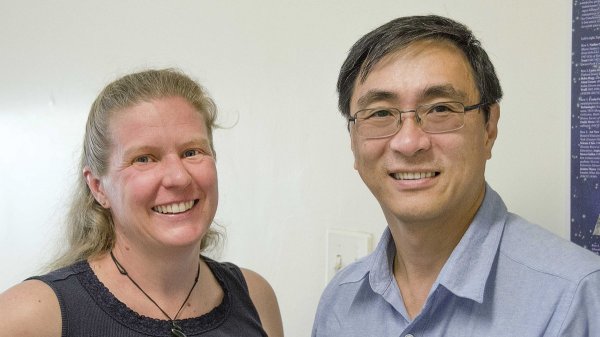 My interest in biomedical engineering evolved while volunteering at Bloorview Children’s Hospital (now Holland Bloorview Kids Rehabilitation Hospital). I found that the technology available to these children did not allow them the freedom of other children. I have since dedicated my research career to improving the lives of people with disabilities. My research is diverse covering three main areas: biomaterials, motion analysis and assistive technology.

My primary research goal focuses on increasing independence of people with disabilities. Understanding the perceptual and physical responses of the senses, primarily vision, haptics and sound, has given me insight into how design of devices should be undertaken to create human-machine interfaces that are easily navigated and accepted. After spending several years designing to meet the needs of specific clients, I have realised the need for universal design. Universal design is becoming increasingly popular such that devices should be easy to use by all people without the need for adaptation.

I am currently an assistant professor in Mechanical and Materials Engineering at Queen’s University with an honorary senior lecturer appointment in the Departments of Surgery and Mechanical Engineering at the University of Auckland. Most of my work is interdisciplinary and seeks to combine input from both clinicians and engineers in the design of medical technologies. Some of the student projects of which I am the primary supervisor include development of a system that will allow tailored reminiscence therapy for individuals with cognitive impairment, development of a boccia ramp for paralympic athletes, development of an umbrella for individuals with muscular dystrophy, and methods to simplify computer tasks for youth with cerebral palsy.

I continue to expand my areas of research to establish more evidence based evaluations of individuals with assistive technology. Improvements to prosthetic and orthotic design will allow increased efficiency of human movement. Increasing the universality of assistive technology will enable more effective use of devices. Interface design that provides ease of use is essential to the acceptance by all individuals. My research projects allow engineering students to engage with clinicians and complete design projects that are clinically relevant. Expanding this research can increase the productiveness of all individuals and allow them to become more confident members of our society.

Increasing Independence of People with Disabilities

Last week we set up Grade 10 students across the province for failure. We used them as guinea pigs to test a deeply flawed online system that already has a history of letting us down. The Ontario Secondary Schools Literacy Test has always been a pen-and-paper affair. This year, for the first time, 100,000 young people would trial the test online...

“A signal is sent out at ultrasound, through a transmitter that the person can hold in their hand. Reflections from the environment come back to the individual and can be picked up with receivers,” says Claire Davies, a senior lecturer at the University of Auckland. “Those receivers can actually convert the sound into an audible range signal, so users can actually hear the obstacles around them.”...

It is the brainchild of Auckland University senior lecturer Dr Claire Davies and her husband, Manukau Institute of Technology head of engineering Dr Shane Pinder...

Expansion Cursor: A Zoom Lens that can be Voluntarily Activated by the User at Every Individual Click

The Impact of Emerging Technology on Developing and Accessing Assistive Technology. Principal Investigator

Development of a motion analysis laboratory with a clinical focus

A real-time computational model for estimating kinematics of ankle ligaments

2016 An accurate assessment of ankle ligament kinematics is crucial in understanding the injury mechanisms and can help to improve the treatment of an injured ankle, especially when used in conjunction with robot-assisted therapy. A number of computational models have been developed and validated for assessing the kinematics of ankle ligaments. However, few of them can do real-time assessment to allow for an input into robotic rehabilitation programs. Method: An ankle computational model was proposed and ...

Training to use a commercial brain-computer interface as access technology: A case study

2016 Purpose: This case study describes how an individual with spastic quadriplegic cerebral palsy was trained over a period of four weeks to use a commercial electroencephalography (EEG)-based brain-computer interface (BCI). Method: The participant spent three sessions exploring the system, and seven sessions playing a game focused on EEG feedback training of left and right arm motor imagery and a customised, training game paradigm was employed. Results: The participant showed improvement in ...

2016 Online Web-based surveys are becoming increasingly popular compared to paperand-pen-based surveys when evaluating services or products. This is largely due to reduction in costs, the ease of reaching a geographically diverse population and the ability to analyze and report up-to-the-minute results (Schmidt 1997). Web-based surveys have been used to evaluate education (Layne, DeCristoforo, and McGinty 1999), healthcare (Grant et al. 2010) and public opinion (Angus Reid Global Monitor) and have proven very effective at ...

2016 Robot-assisted ankle assessment could potentially be conducted using sensor-based and model-based methods. Existing ankle rehabilitation robots usually use torquemeters and multiaxis load cells for measuring joint dynamics. These measurements are accurate, but the contribution as a result of muscles and ligaments is not taken into account. Some computational ankle models have been developed to evaluate ligament strain and joint torque. These models do not include muscles and, thus, are not suitable ...

2015 This paper provides a detailed model for analyzing movement time performance during rapid goal-directed pointand-click motions with a computer mouse. Twelve typically developed individuals and eight youths with cerebral palsy conducted point and click computer tasks from which the model was developed. The proposed model is nonlinear and based on both system (target width and movement amplitude) and human effects (erroneous clicks, number of submovements, number of slip-offs, curvature index, and average speed ...