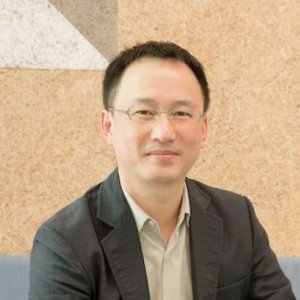 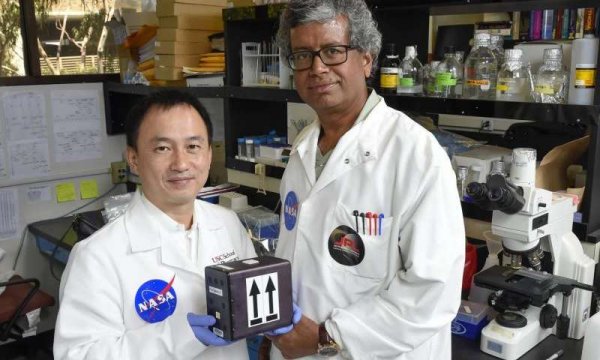 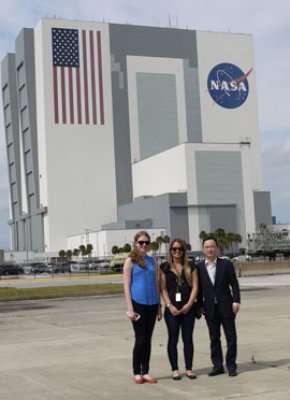 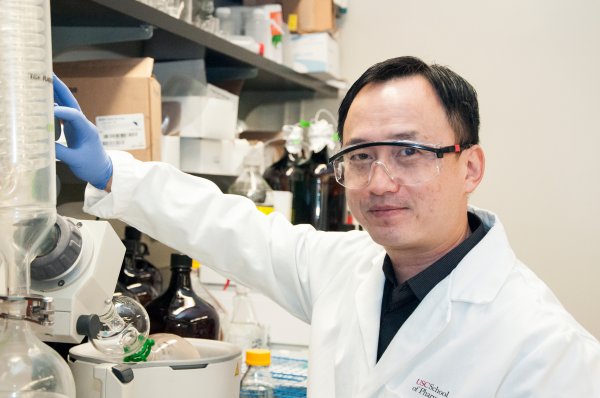 Dr. Clay Wang is a Professor at the USC School of Pharmacy, and the Chair of the Department of Pharmacology and Pharmaceutical Sciences. He also holds a joint appointment in the Department of Chemistry of the Dornsife College of Letters, Arts and Sciences and serves on the executive board of the USC Academic Senate.

Dr. Wang received his B.A. in chemistry from Harvard University in 1996 and a Ph.D in chemistry from the California Institute of Technology in 2001. After completing a two- year, postdoctoral fellowship in chemistry and chemical engineering at Stanford University, he joined the faculty in the Department of Pharmaceutical Sciences at USC School of Pharmacy as an Assistant Professor in 2003.

His research program focuses on the interface of chemistry and biological sciences. Specifically he is exploring the mechanism of natural product biosynthesis in bacteria and fungi. His lab has been studying the use of Aspergillus nidulans as a general host for the production of fungal natural products. The lab is supported from a variety of sources including National Institute of Allergy and Infectious Diseases (NIAID), National Institute of General Medicine (NIGMS), American Cancer Society, National Science Foundation (NSF), Department of Energy (DOE), Department of Defense (DOD), Joint Genome Institute (JGI), NASA, and ISS-CASIS.

Scientists are sending four strains of fungi to the International Space Station to see what happens when the tiny organisms contend with the stress of microgravity and space radiation. The work is one of the first to look at the intersection of pharmaceutical science and space exploration said principal investigator Clay Wang, a professor of pharmacology at USC.

The stressful environment of the International Space Station (ISS) could trigger changes in physiological responses (such as gene expression) and metabolism of a well-studied fungus called Aspergillus nidulans, said Clay Wang, a professor of pharmacology and pharmaceutical sciences and chemistry at the USC School of Pharmacy and the USC Dornsife College of Letters, Arts and Sciences.

The USC School of Pharmacy is launching its research into outer space, thanks to Associate Professor Clay Wang’s three-year, $600,000 grant from the national Space Biology Program — the first time the school has received grant support from NASA.

Modified fungal strains having deleted gene clusters are provided. The modified fungal strains include A. nidulans. The deleted gene clusters are selected from the group of gene clusters responsible for the biosynthesis of sterigmatocystin, emericellamides, asperfuranone, monodictyphenone, terrequinone, F9775A, F9775B, asperthecin, and both portions of the split cluster that makes austinol and dehydroaustinol. Methods for making compounds by culturing the fungus in a growth media and separating the compound from the fungus and/or separating the compound from the growth media are included, as are the compounds and compositions comprising them.

2019 Filamentous fungi have been associated with extreme habitats, including nuclear power plant accident sites and the International Space Station (ISS). Due to their immense adaptation and phenotypic plasticity capacities, fungi may thrive in what seems like uninhabitable niches. This study is the first report of fungal survival after exposure of monolayers of conidia to simulated Mars conditions (SMC). Conidia of several Chernobyl nuclear accident-associated and ISS-isolated strains were tested for UV-C and SMC sensitivity, which resulted in strain-dependent survival. Strains surviving exposure to SMC for 30 min, ISSFT-021-30 and IMV 00236-30, were further characterized for proteomic, and metabolomic changes. Differential expression of proteins involved in ribosome biogenesis, translation, and carbohydrate metabolic processes was observed. No significant metabolome alterations were revealed. Lastly, ISSFT-021-30 conidia re-exposed to UV-C exhibited enhanced UV-C resistance when compared to the conidia of unexposed ISSFT-021.

2019 The first global genomic, proteomic, and secondary metabolomic characterization of the filamentous fungus Aspergillus nidulans following growth onboard the International Space Station (ISS) is reported. The investigation included the A. nidulans wild-type and three mutant strains, two of which were genetically engineered to enhance secondary metabolite production. Whole genome sequencing revealed that ISS conditions altered the A. nidulans genome in specific regions. In strain CW12001, which features overexpression of the secondary metabolite global regulator laeA, ISS conditions induced the loss of the laeA stop codon. Differential expression of proteins involved in stress response, carbohydrate metabolic processes, and secondary metabolite biosynthesis was also observed. ISS conditions significantly decreased prenyl xanthone production in the wild-type strain and increased asperthecin production in LO1362 and CW12001, which are deficient in a major DNA repair mechanism. These data provide valuable insights into the adaptation mechanism of A. nidulans to spacecraft environments.

2019 Two isolates of Fusarium oxysporum, ISS-F3 and ISS-F4, were cultured from the dining table on the International Space Station (ISS). Genomic analyses using EF-1α sequences, presence/absence of effector proteins, k-mer comparisons, and single nucleotide polymorphisms indicate that these two strains are genomically different from 65 known sequenced strains. Functional analysis revealed that ISS-F3/F4 had higher relative abundances of polyketide synthase domains than a non-plant-pathogenic soil isolate, used for biocontrol properties (Fo47), and a clinical isolate (FOSC-3a). Putative secondary metabolite analysis indicates that ISS-F3/F4 may produce yet-unreported polyketides and nonribosomal peptides. While genomic analysis showed that these ISS strains are unlikely to be plant pathogens, a virulence assay using an immunocompromised Caenorhabditis elegans model of fusariosis revealed that they were virulent and may represent opportunistic pathogens in animals, including humans. However, its effects on the health of immunocompromised humans warrant further study. IMPORTANCE This is the first study to isolate and characterize F. oxysporum isolates from a built environment, as well as one that has been exposed to space. The characterization and analysis of these two genomes may have important implications for the medical, agricultural, and food industries as well as for the health of the crew who coinhabit the ISS with these strains.

Proteomic characterization of Aspergillus fumigatus isolated from air and surfaces of the International Space Station.

2019 The on-going Microbial Observatory Experiments on the International Space Station (ISS) revealed the presence of various microorganisms that may be affected by the distinct environment of the ISS. The low-nutrient environment combined with enhanced irradiation and microgravity may trigger changes in the molecular suite of microorganisms leading to increased virulence and resistance of microbes. Proteomic characterization of two Aspergillus fumigatus strains, ISSFT-021 and IF1SW-F4, isolated from HEPA filter debris and cupola surface of the ISS, respectively, is presented, along with a comparison to well-studied clinical isolates Af293 and CEA10. In-depth analysis highlights variations in the proteome of both ISS-isolated strains when compared to the clinical strains. Proteins that showed increased abundance in ISS isolates were overall involved in stress responses, and carbohydrate and secondary metabolism. Among the most abundant proteins were Pst2 and ArtA involved in oxidative stress response, PdcA and AcuE responsible for ethanol fermentation and glyoxylate cycle, respectively, TpcA, TpcF, and TpcK that are part of trypacidin biosynthetic pathway, and a toxin Asp-hemolysin. This report provides insight into possible molecular adaptation of filamentous fungi to the unique ISS environment.