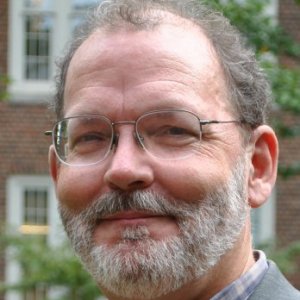 
Missen is the Director of the WiderNet Project 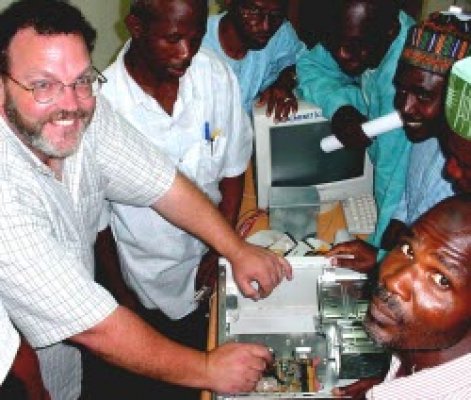 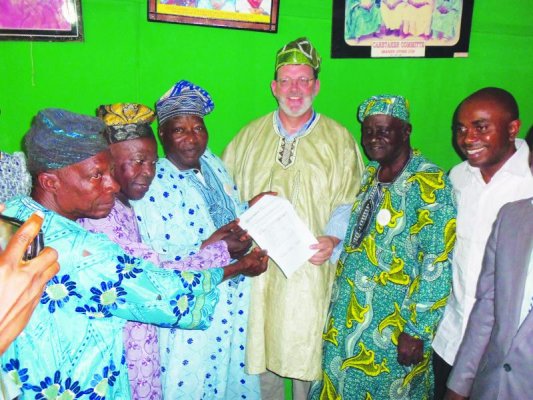 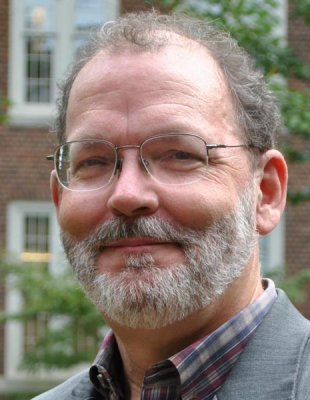 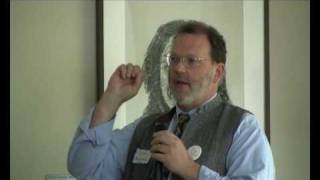 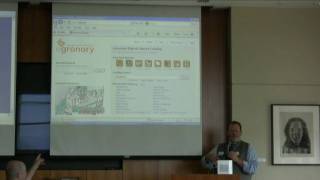 Missen is a clinical associate professor in the School of Information and Library Science at the University of North Carolina at Chapel Hill. He directs the WiderNet@UNC research lab and the non-profit WiderNet Project, where he oversees efforts to improve digital communication in developing countries through hands-on training and research into low-cost applications of information technology. Missen leads development of the eGranary Digital Library, an information store that aims to deliver the world’s knowledge to people and institutions lacking Internet access. He was also a TED fellow in 2007 and a Senior Fulbright Scholar in Nigeria in 1999.

Libraries in the developing world

Thomas Kamber of Older Adults Technology Services, Cliff Missen of WiderNet@UNC, Stephen Ewell of the CEA Foundation and The Washington Post's Alison Snyder discuss efforts to get the elderly, people with disabilities and other underserved populations online. The panel was part of a Washington Post forum that brought together lawmakers, city leaders, and technology experts, including U.S. Secretary of Housing and Urban Development Julián Castro, Chicago Mayor Rahm Emanuel, Commissioner of the Federal Communications Commission Ajit Pai, and President and Chief Executive of the National Council of La Raza Janet Murguía.

TED Talks are about to spread even further thanks to a collaboration with the WiderNet Project, a non-profit founded and directed by UNC-Chapel Hill School of Information and Library Science (SILS) associate professor Cliff Missen. All 1,900 TED Talks will be included in the next release of the eGranary Digital Library, the off-line “Internet in a Box” that is used at over 1,000 locations that lack adequate Internet access in places such as Africa and India...

Cliff Missen, who tells this story, says that after the purchase, teachers' pay came up short, leading to faculty strikes and student protests. Mr. Missen's friend, the administrator who decided the university needed that Internet connection, was attacked while driving his daughters home from school. After a local trader saved the man's life, he returned to work a month later, telling Missen, “These children need me. This education is their best opportunity.”...

"We want to get bigger and smaller," laughs Cliff Missen, cofounder and director of the WiderNet Project. "We're linking with ministries of education, ministries of health and schools of information science...and we're also working to create chip versions of the libraries." The idea isn't to fit 4 terabytes of data on a single chip, but rather to miniaturize the eGranary's core technology — a few thousand documents that a given institution, such as a medical school in Zambia, identifies as its core material. These 8GB, 16GB, 32GB and 64GB chips can then be inserted into devices delivered to the developing world...

"The big eGranary is good for networking people with multiple computers, but what we're finding is that a lot of people are starting to get tablets and smartphones," says Cliff Missen, WiderNet's founder. "We're thinking we need to meet them where they are."...

The School of Information and Library Science is pleased to welcome Cliff Missen as clinical associate professor on January 1, 2013. Missen is the director of the WiderNet Project and has previously been an instructor in the School of Library and Information Science at the University of Iowa...

Lo-Fi to Hi-Fi: a new way of conceptualizing metadata in underserved areas with the eGranary digital library

2014 ABSTRACT: Digital information can bridge age-old gaps in access to information in traditionally underserved areas of the world. However, for those unfamiliar with abundant e-resources, their early exposure to the digital world can be like "drinking from a fire hose." For these audiences, abundant metadata and findability, along with easy-to-use interfaces, are key to their early success and adoption...

The role of information and communications technology

2007 ABSTRACT: Although each of the questions posed by the authors of the base paper deserves extensive discussion and decisive action, we will limit our comments to the issue of "scaling up public health education and training in low- and middle-income countries". In particular, we would like to comment briefly on our experiences in using information and communications technology (ICT) to address this issue...

"Internet in a Box": Augmenting Bandwidth with the eGranary Digital Library

2005 ABSTRACT: In terms of information access, the internet and the World Wide Web hold forth a historically unique chance for African universities to gain a more equal footing with their sister institutions in the West, yet most African universities are many years, possibly decades, away from reliable, robust ICT and adequate bandwidth. This paper will examine the ways in which the dearth and expense of bandwidth in Africa, in spite of heavy donor investment, pose a structural disincentive for the digitization of local content. It highlights the human and technical hurdles that face librarians. Finally, it reviews the potential role that bandwidth augmentation schemes, like the WiderNet Project's eGranary Digital Library, have to play in the sustainability of digital library development on campuses around Africa and in the rest of the developing world...

2005 ABSTRACT: The eGranary Digital Library uses innovative off-line storage technology to deliver millions of digital documents to schools, clinics, hospitals, and homes in the developing world with little or no Internet connectivity. Providing patrons with instant access to a broad range of Web ...