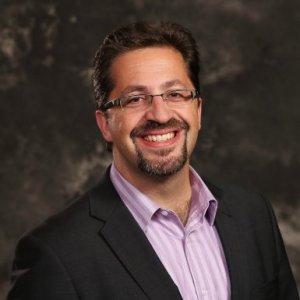 
Whether you are changing the world or navigating the change, I'd like to help.

Colin Lachance served as CEO of the Canadian Legal Information Institute (CanLII) from 2011 to 2015 and in that capacity was profiled by the ABA Journal as a “Legal Rebel” (2014), by Canadian Lawyer Magazine as among the “Top 25 Most Influential” (2014), by the Canadian Bar Association as an innovator who is “Doing Law Differently”, and by Fastcase as a member of the 2013 Fastcase 50 class of legal innovators and visionaries.

Colin supports the development of legal information and technology projects through consulting and advisory services, he works with a variety of organizations seeking to navigate changes in the legal services market and he practices law in the are of telecommunications and internet policy.

Prior roles included senior positions in advocacy, marketing and lobbying with a national telecommunications company. He added a technology-focused LL.M. in 2013 to the degrees in business and law obtained in the bloom of youth.

One of 5 award winners in the "changemaker" category “Colin Lachance has made a lasting impact on the availability of legal information for the general public.” "In the last year, Lachance has been integral in a number of activities to improve access to justice and legal information for both lawyers and the general public." http://www.canadianlawyermag.com/5220/The-Top-25-Most-Influential-2014/Page-2.html

One of 9 awardees among an international class of innovators remaking the legal profession "Canada’s Colin Lachance is blazing a ‘new frontier for free legal information’" http://www.abajournal.com/legalrebels/article/colin_lachance_profile/

"The “Fastcase 50” award recognizes 50 of the smartest, most courageous innovators, techies, visionaries, and leaders in the law." http://www.fastcase.com/fastcase50-winners-2013/

Do Law Differently highlights people who are bringing the future of law into the present [Colin was highlighted among] “eight people who are changing the way we think about all aspects of our industry, from education to entrepreneurship and everything in between”

University of Ottawa: LL.M., Law, with concentration in technology 2013

“On behalf of the entire Board of Directors, I would like to thank Colin for his extraordinary contributions to CanLII and to the advancement of free access to law since his appointment in 2011. During his tenure, CanLII usage grew by 46% to nearly 10 million annual visits, and its scope of services increased to include a free employment law e-text, support of third-party apps development, and the rapidly expanding CanLII Connects repository of expert legal case commentary (www.CanLIIConnects.org).“

Tom Conway, Past President | Federation of Law Societies of Canada

“Colin and the CanLII Board have excelled at both vision and execution in their stewardship and expansion of a resource that provides an unparalleled contribution to access to justice. The members of all Canadian law societies should be proud that their financial contributions support CanLII’s effort to make the law freely accessible to all Canadians.”

Under his leadership, CanLII became stronger and confirmed its status as a leading source for Canadian legal research. Colin is also the driving force behind CanLII*Connects a legal commentary website which complements and enriches CanLII. He also led the evolution of CanLII into a platform offering programming interfaces (API). His time at the helm leaves CanLII stronger and better positioned to play an even greater role in the world of legal information in Canada in the coming years.

"I have worked with Colin in various capacities at TELUS for 5+ years. Colin supported my team and was later a direct report. In my 17 year career, I have rarley come across anyone as well respected as Colin. Quite simply, Colin is a "go-to-guy". Colin's ability to understand complex issues, customer requirements, regulatory dynamics, technology and operations are second to none. More important Colin is able to clearly and concisely pull together pragamtic actions that drive strong business outcomes and customer satisfaction. The executive teams, Colin's direct reports and customers alike value Colin's perspective. Whether working in sales, marketing, regulatory or operations the recommendations will still be the same- Colin is one of the brightest and best we have here at TELUS." December 1, 2010, Brent managed Colin at TELUS

Beginning with an examination of culture, context and control, this session served as a facilitated discussion among 25 senior judges of the Ontario courts into innovative technology and process examples bringing positive change in courts and elsewhere, followed by an exploration of opportunities in Ontario. Delivered at Osgoode Hall, home to the Ontario Superior Court of Justice (Toronto, ON) June 2015

It's about building a community

Building a Community of Contributors

When the Dog Catches the Car