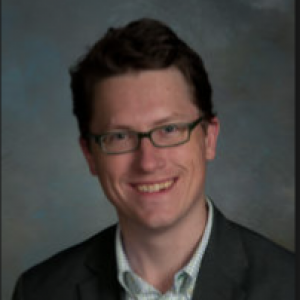 
His research has taken him to the mountains of central Vietnam, the concentration camps of WWII, and the house of Rutherford B. Hayes. 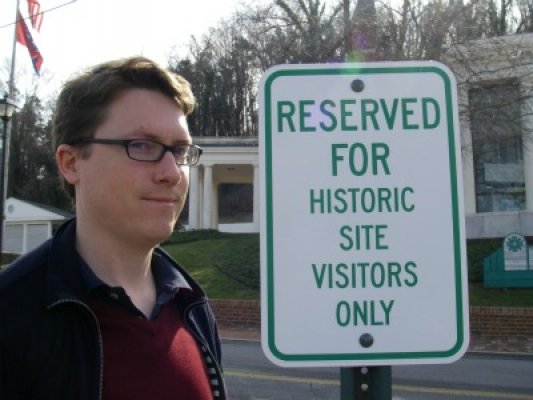 Colin Rafferty, Associate Professor of English, writes nonfiction that explores the relationships between history, memory, the self, and the community, and, in the process, he examines the elastic boundaries of the essay form. His most recent essays extends to the Oval Office. Rafferty has written a collection of essays about each of the 45 presidents, including pieces that range from “The Fear” about Martin Van Buren and “Bully” about Theodore Roosevelt to “What They Said About Him” about Barack Obama and “The Imagineer Considers Tomorrow” about Trump. Written as palindromes, death songs, prayers, movie scripts and more, Rafferty’s work has appeared in such prestigious publications as Brevity, Cobalt, Juked, Parcel and Waxwing. He also has been featured on the Virginia Public Radio’s With Good Reason for a segment on “Getting to Know the Presidents.”

His research has taken him to the mountains of central Vietnam, the concentration camps of World War II, and the house of Rutherford B. Hayes (twice). Rafferty teaches Creative Writing: Nonfiction and the seminar in Nonfiction, as well as Writing about Food.

Colin Rafferty, Associate Professor of English, had his essay on William Howard Taft, “Judgment (#27),” published in the newest issue​ of The Collapsar. This is the latest in his series of essays devoted to U.S. presidents.

Colin Rafferty, Associate Professor of English, recently had his graphic essay on James Monroe, “The Eye of James Monroe (#5),” published in the newest issue​ of Pinball magazine.

Getting To Know the Presidents

Virginia Foundation for the Humanities  radio

Writer Colin Rafferty read a biography of every single president—and then wrote his own essays in response to their lives.

Among those sources of inspiration are campus members like Cedric Rucker, the dean of student life, who Paino said “is the embodiment of UMW’s era of integration;” Professor Colin Rafferty, whose book “Hallow This Ground” Paino quoted; and the family and friends who came out in droves to support him.

Colin Rafferty, Associate Professor of English, had “The Imagineer Considers Tomorrow (#45.1)” recently published in the new issue of Waxwing. It joins four other essays published back in October and was commissioned by the editors in the wake of the 2016 presidential election.

The Creative Writing concentration offers English majors the opportunity to focus on the craft and art of writing, editing, and analyzing their own original work and the work of established writers and peer writers within a selected genre. The concentration offers three different levels of workshops: introductory, intermediate, and advanced. The concentration may be completed by pursuing a fiction or poetry track, and eventually, a creative non-fiction track. Upon successful completion of the program, students are prepared for further studies in literature and/or writing and editing, as well as the more traditional post-graduate careers. Students who satisfy the departmental requirements for honors can achieve honors in creative writing through work in a senior seminar or individual study.

The latest in a series of small things

These essays chronicle my attempt to join, discover, and create community both as a child and as an adult. In my youth, I sought belonging in a number of places, from the Catholic Church to Hollywood game shows, from a parochial school classroom to a firetrap punk rock club. And each time, I felt close to belonging to something bigger than myself, only to see it broken up for a multitude of reasons, sometimes of my own doing. As an adult, I threw myself feverishly into my romantic relationships, believing that I might find in a community of two the stability that larger groups lacked. And when those relationships fell apart, I found myself more alone that I had ever imagined I might.

Notes toward building the memorial

1. HERE IS THE SITE, and here are the names of the people who died. 2. But to reach the site--it is remote, nearly inaccessible, and although the exit for the town is well marked--I ask the Pennsylvania Turnpike worker for directions out of town. They have printed the directions on a small flyer, and the worker peels one off and hands it to me. There are a number of turns to take. There are many ways to become lost. 3. I should stop for lunch. I have been driving since morning. Where the flyer tells me to continue straight, I turn right, into the town instead of out of it.