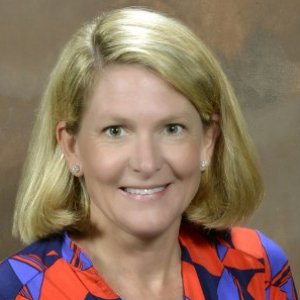 
A leading expert in pediatric oncology and hematology at the Georgia Cancer Center and the Children's Hospital of Georgia.

Dr. Colleen McDonough is a leading expert in pediatric hematology and oncology currently serving at the Children's Hospital of Georgia and Georgia Cancer Center. She also works as the interim section chief and associate professor in the Department of Pediatrics: Hematology/Oncology in the Medical College of Georgia at Augusta University.

McDonough's work in pediatric cancer has been published is numerous academic articles and the Medical College of Georgia named her the recipient of the School of Medicine Exemplary Teaching Award.

She received her bachelor's degree from Duke University, and earned her medical degree from the Medical College of Georgia.

Rosai-Dorfman disease (RDD) involves abnormal proliferations of oddly behaving histocytes that are not derived from the Langerhan’s Cell linage. These collections tend to occur within lymph nodes, with occasional extra nodal presentation. While RDD is a rare entity itself, extra nodal cases are even more so, with even fewer reporting cardiac involvement, and previously only in adults. This report describes the disease in a pediatric patient who had the unique feature of an extra nodal cardiac mass. The patient, who was known to have sickle cell disease, was initially erroneously thought to have acute chest syndrome. Sudden changes in the patient’s status, including development of 3rd degree heart block, demanded investigation with additional imaging. Chest CT revealed a mass arising from the cardiac interatrial septum and encircling the entire thoracic aorta. Imaging features of Rosai-Dorfman disease are nonspecific, complicating the diagnosis. We present this case with discussion of this extremely uncommon entity. We describe the diagnostic methods, the differential diagnosis, and the treatment options.

Malignant rhabdoid tumors (MRTs) are well recognized in the kidney and extrarenal sites such as soft tissues, retroperitoneum, and bladder but are classified as atypical teratoid/rhabdoid tumors in the central nervous system. The unifying features of both extracranial MRT and atypical teratoid/rhabdoid tumors are the exon deletions/mutations of the SMARCB1 (SWI/SNF related, matrix associated, actin dependent regulator of chromatin, subfamily b, member 1) gene in 22q11.23 and resulting loss of SMARCB1/INI1 (integrase interactor 1) protein expression by immunohistochemistry. We herein report a case of extrarenal rhabdoid tumor confined to the bladder in a 3-year-old child, diagnosed by histopathology and confirmed by immunohistochemical and molecular studies. This is only the fourth molecularly proven primary MRT of the bladder to be reported. The patient's peripheral blood was negative for the deletions observed in the tumor, thereby confirming a sporadic origin for the tumor. Given the possible dismal outcome, urgency for definitive diagnosis to institute intensive multimodality therapy, histopathologic differential diagnosis with rhabdomyosarcoma and urothelial carcinoma with rhabdoid features, and lack of consensus management guidelines, oncologists, urologists, and pathologists must be aware of this entity. Evaluation for a germ line SMARCB1 alteration may greatly aid risk stratification and family planning.

Extraosseous accumulation of bone-seeking agents is rare, but has been previously reported in pediatric sarcomas and neuroblastomas. We present an unusual case of a 5-month-old male with an abdominal mass observed clinically by his parents and referring pediatrician. Contrast abdominal computerized tomography confirmed the presence of a large pelvic mass that was diagnosed pathologically as embryonal rhabdomyosarcoma. A bone scintigraphy that was performed for staging of the disease revealed accumulation of the radiopharmaceutical in the tumor. There was no evidence for skeletal metastatic disease. This case further demonstrates the nonspecificity of soft-tissue tumor uptake on bone scintigraphy

Medulloblastoma with myogenic differentiation (MMD) is a rare and aggressive variant of medulloblastoma, occurring predominantly in children. There have been only two case reports of long-term survival previously published. We report a case of long-term disease-free survival in a 21-year-old diagnosed with MMD.

Isolated trisomy 10 in an infant with acute myeloid leukemia: a case report and review of literature

Trisomy 10 as the sole cytogenetic abnormality in AML is rare, with an incidence rate of < 0.5%. It tends to affect the elderly and is extremely rare in pediatric patients. We describe a case of an 8-month-old Caucasian baby who presented with prominence of left eye and fever without lymphadenopathy or hepatosplenomegaly. Bone survey showed diffuse periosteal reaction in the femur, pelvis, maxillary and orbital bones (with fracture). CBC revealed normal white blood cell count with increased blasts, mild anemia and moderate thrombocytopenia. Bone marrow biopsy showed increased myeloblasts with bilineage dysplasia and 3-4+ reticulin fibrosis. Flow cytometry revealed blasts positive for CD34, CD33, and MPO and negative for CD7, CD13, and HLA-DR. Trisomy 10 was demonstrated by chromosome analysis and fluorescence in-situ hybridization. The patient received induction chemotherapy and achieved complete clinical and hematologic remission at day 28. However, he relapsed after three cycles of chemotherapy. Compared to the two other reported pediatric cases, our patient has some unique features such as much younger age and additional findings such as bilineage dysplasia and bone marrow fibrosis. Both reported cases and our case were classified as AML-M2 indicating that this may be a common subtype in pediatric patients. Bone involvement was present in our patient and one other case and both had similar immunophenotype (CD33+, CD7-). These findings suggest that isolated trisomy 10 may be associated with distinct clinicopathologic features in pediatric AML. Studies on additional patients are needed to establish this association.