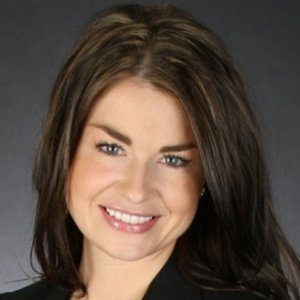 Dr. Cortney S. Warren is an Associate Adjunct Professor of Psychology at the University of Nevada, Las Vegas (UNLV) and an Adjunct Clinical Professor of Psychiatry at the University of Nevada School of Medicine. After earning her bachelor’s degree at Macalester College in 2000, Cortney received her Ph.D. in clinical psychology from Texas A&M University in 2006 after completing her clinical internship at McLean Hospital/Harvard Medical School.

Raised traveling the world, Cortney has a unique perspective on how culture influences eating norms, food rituals, and ideals of beauty. As such, the majority of Cortney's research explores eating pathology, addictions, self-deception, and the practice of psychotherapy from a cross-cultural perspective. The author of more than 35 peer-reviewed journal articles, 1 book, and 7 book chapters, Cortney’s work appears in some the field's top journals, including the International Journal of Eating Disorders, Appetite, and Obesity. Cortney has won some of the most prestigious awards in her field, including the 2011 Theodore H. Blau Early Career Award for Distinguished Professional Contributions to Clinical Psychology (awarded jointly by the American Psychological Foundation and the American Psychological Association) and the 2010 Samuel M. Turner Early Career Award for Distinguished Contributions to Diversity in Clinical Psychology (from the American Psychological Association).

Although Cortney received tenure from UNLV in 2012, she formally retired from academia in 2014 to pursue a career that would allow her more time with her family and more interaction with the general public. In a recent TEDx talk called Honest Liars: The Psychology of Self-Deception (http://youtu.be/YpEeSa6zBTE), Cortney described her decision to retire from academia and her view that self-deception is our biggest obstacle to life fulfillment.