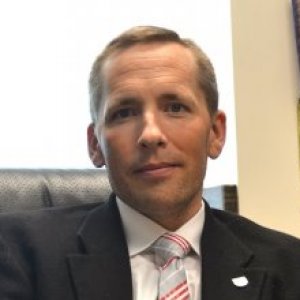 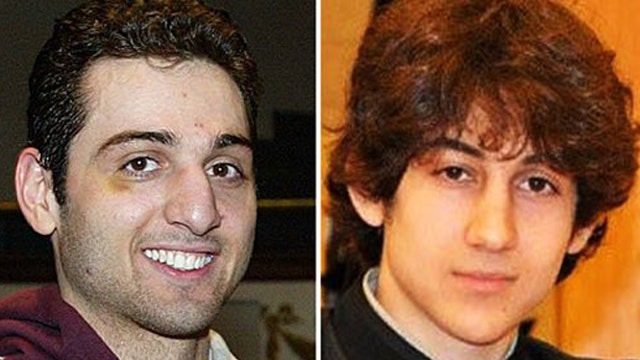 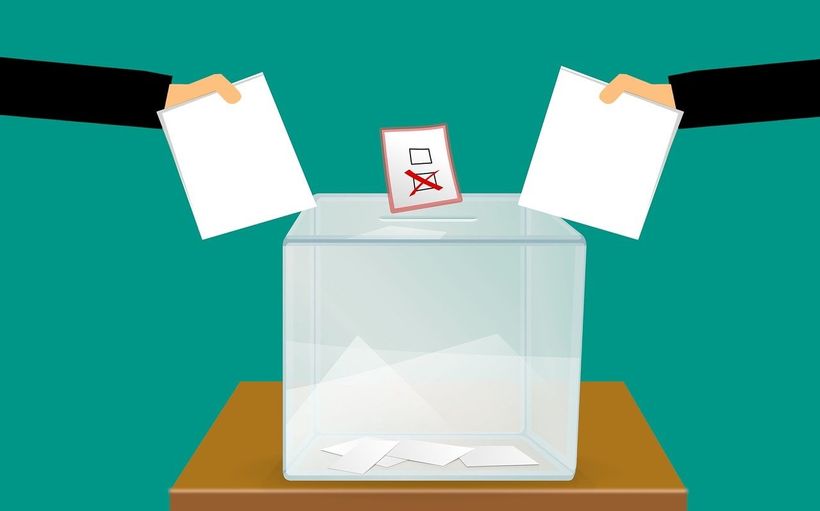 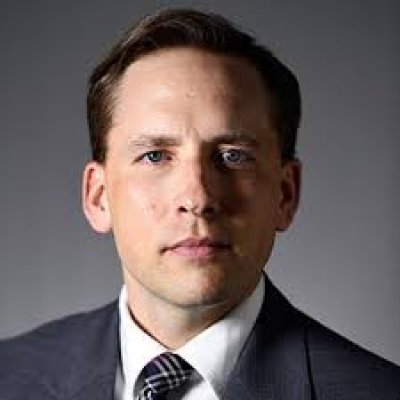 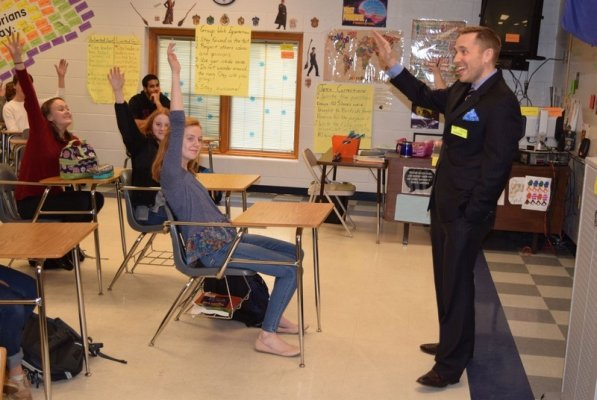 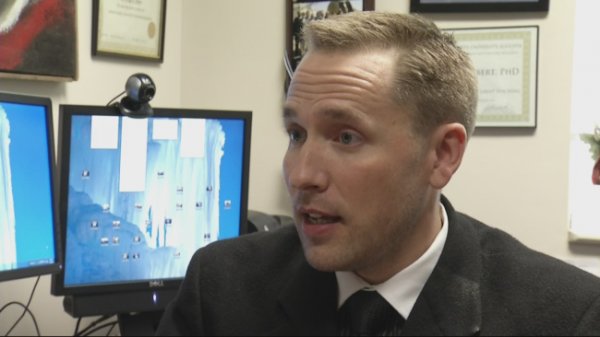 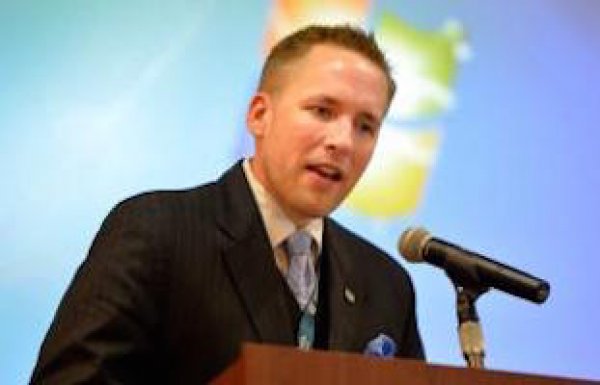 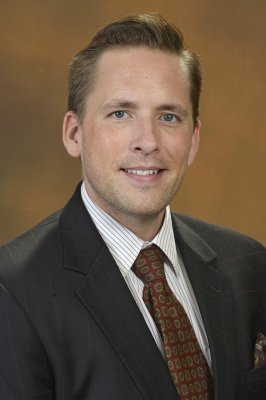 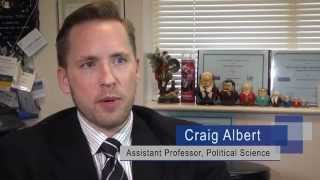 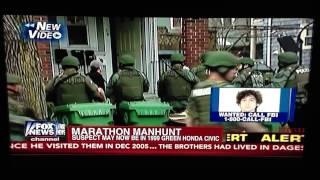 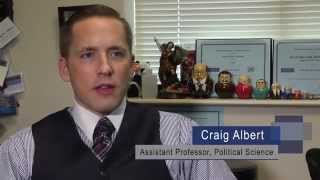 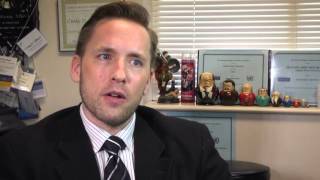 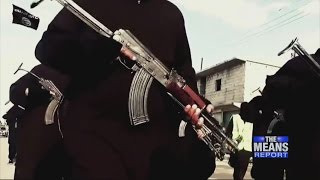 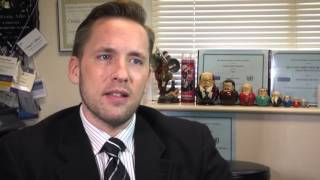 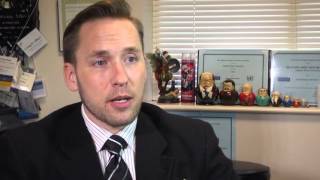 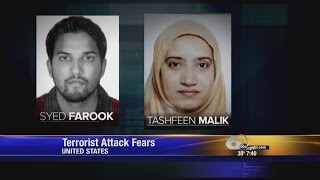 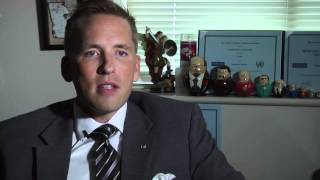 Albert is the director of the Master of Arts in Intelligence and Security Studies and an associate professor of political science at Augusta University. He received his PhD in international relations and American politics from the University of Connecticut in 2009. His research interests include ethnic conflict and terrorism, theology and modern politics, and political science education. His work has been published in journals including Politics, East European Politics, Iran and the Caucasus, and Journal of Political Science Education. He co-founded and directs Augusta University's Model United Nations Program and teaches courses on American politics, security studies and political philosophy, as well as topics of special interest, including zombies and international relations, hip hop and politics, and James Bond and terrorism.

Dr. Craig Albert discusses the importance of the millennial vote for the 2016 presidential election.

Terrorist attacks like the ones that recently happened in Spain's Catalonia Region are a result of ISIS losing ground in Syria and Iraq, Dr. Craig Albert, associate professor of political science, told Veja, Latin America's largest news magazine with more than 1 million subscribers. "There is a new strategy, launched about 10 months ago, that has gained track recently. The more they lose territory in Iraq and Syria, the more they ask foreign militants to stay in their countries and commit acts of terrorism there instead of joining them abroad," Albert said.

"I would not be surprised at all if they're disengaged from this debate," said AU Political Science Professor, Dr. Craig Albert.

Dr. Craig Albert discusses the meaning behind President Trump's visit to the Middle East. The interview was published by Gulan Mydia, a Kurdish media organization.

Local political science experts weigh in on the Presidential debate

When it came the first presidential debate, two local political science professors said the candidates said a lot, without getting very deep into these issues.

Can ISIS ever be defeated?

The massacre on a Pulse Nightclub in Orlando, Florida, was carried out in the name of ISIS. While the FBI believes the “mission” was not orchestrated by the extremist group itself, it is still one of many carried out in the name of the radical Islamic sect. Political scientist Craig Albert joined “The Means Report” to offer his expertise on ISIS and terrorism and to address whether stricter gun laws will help protect U.S. citizens.

Craig Albert, an Assistant Professor of Political Science at Augusta University, told NewsChannel 6, “People that are on the fence about for whom to vote or whether to vote at all, neither candidate is appealing to them at all.”

Digging deeper: How can we stay safe in the aftermath of violence such as the Orlando shooting?

Political scientist Craig Albert addressed the divide in our country, as some call the gun control issue (after shootings like this) a distraction, believing the underlying problem here is Islamic terrorism. Dr. Albert also describes how ISIS targets recruits and quickly radicalizes people.

An Augusta University professor sat down with News Channel 6 about the terrorist attacks ISIS claimed responsibility for in Belgium. Craig Albert, a local terrorism expert said the deadly incident performed by the Islamic extremists is a recruiting tool and fear tactic.

Behind the political headlines

Listen, let’s start with that voting lawsuit against the voting law in the state of Georgia filed by President Biden’s Department of Justice, the attorney general leading the way there, does it stand a chance of overturning the law? Can you tell if Georgia’s law is unconstitutional? I think it follow the same trajectory as Arizona. Of course the federal government has a right to sue a state if it thinks the state is being discriminatory or isn’t being inclusive in its voting rights and regulations. So the DOJ has a right to do that. They would have to prove that the state of Georgia is willingly or intending to discriminate or to exclude certain groups or people from voting purposefully for their lawsuit to succeed, which would then force Georgia if it did succeed, it would force Georgia to then redo the law and remake the law to make it more inclusive and accepting to everybody.

“No need to rush to the gas station”, pipeline shutdown temporary

A fear of rising gas prices after the Colonial Pipeline cyber attack has some lined up at local gas stations. But experts say gas is not a scarcity. While there is a temporary slow down, “panic buying” is often mistaken for a shortage. Colonial Pipeline delivers 45 percent of fuel in the southeast. They were victim to a ransomware attack by the group “DarkSide”. Cyberattack on US pipeline is linked to criminal gang “Ransomware is when somebody takes over your system or your network, and in order to release it or go active again, you have to give them a ransom,” said Dr. Craig Albert, professor of intelligence and security studies at Augusta University. “And for this group it’s usually between like $200 thousand and $2 million, so it’s quite significant.” In a statement Friday, Colonial Pipeline said they temporarily halted operations to contain the threat. “They found out about it, it looks like, before the full attack was initiated. So then they shut everything off as a preemptive move,” Dr. Albert said.

A Hitchhiker’s Guide to “Democracy in America”

2016 One of the most challenging issues any instructor of political philosophy faces is how to get college students interested and engaged in a discipline composed mostly of 'a bunch of dead white guys.' The task is hard enough for students already interested in theory and is even more daunting for the general education American government classroom.

Teaching with Tocqueville: Assessing the Utility of Using ‘Democracy’ in the American Government Classroom to Achieve Student-Learning Outcomes

2012 For decades, political scientists have grappled with the role identity has played in ethnic conflict. Surprisingly, these scholars have been unsuccessful in rigorously conceptualising some key terms in the field of ethnic studies. How can the causal forces of ethnic strife be unravelled if scholars cannot even agree on the meanings of essential concepts? This article carefully delineates the differences between ethnicity, ethnic groups and ethnic group identity, while showing the conceptual mistakes of some of the field's leading scholars. Often treated synonymously, these concepts are quite distinct: ignoring this not only makes for sloppy scholarship, but has grave policy consequences.