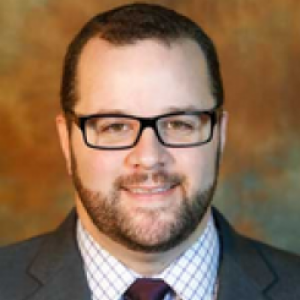 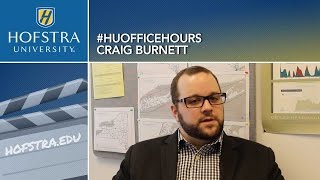 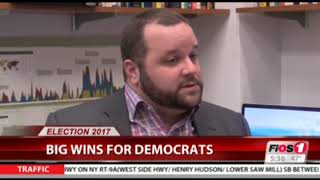 Craig Burnett, PhD, is an Associate Professor in the Department of Political Science. He received his B.A. in political science and history from the University of California, Santa Barbara, and his M.A. and Ph.D. from the University of California, San Diego. His research focuses on state and local government, urban politics, political behavior, electoral institutions, and research methods. His research has appeared in several journals, including Political Communication, Electoral Studies, Urban Affairs Review, and the Minnesota Law Review.

This story looks at how Governor Cuomo has been politically weakened by the scandals he is facing and whether New York lawmakers could seize the opportunity to push their own budget agenda, including a more progressive tax policy targeting the ultra-wealthy.

Suburban voters prefer Democratic presidential candidates Joe Biden and Bernie Sanders over President Donald Trump, but Trump holds a comfortable lead among independents, according to Hofstra University's new Kalikow Center Poll. Craig Burnett, a Hofstra political science professor and Kalikow School Poll program director, said Trump was, "doing fairly well with independents, and in the suburbs. Nobody’s going to walk away with this thing, at least right now.” But the coronavirus “crisis really is going to be a perilous task for this administration,” Burnett said.

Coronavirus shakes up the presidential campaign

Craig Burnett, associate professor of political science, was interviewed by Newsday for an article about the impact coronavirus may have on the 2020 presidential race. He discussed the issue of campaigning and how political rallies have moved from large venues to online forums. “It’s sort of a part of the presidential election to expect these rallies, so to what extent the absence of rallies is going to matter, I’m not sure it’s a whole lot,” Dr. Burnett told Newsday. “It’s not like Biden is some unknown person. Most people have a good sense of who he is.”

Queens Democratic Primary for District Attorney Too Close to Call

Assistant Professor of Political Science Craig Burnett was interviewed for the Wall Street Journal article, “With Eyes on New District Attorney, Queens Voters Head to Polls.” Whoever wins June 25th’s Democratic primary for the Queens DA is believed likely to win the election this fall.

Although a number of progressive ballot measures were passed during the midterm elections, they have yet to be take effect. These include restoring voting rights to felons in Florida and implementing the medical marijuana law in Utah. Professor Burnett said, “Ballot measures are often at odds with the preferences of lawmakers. After all, if lawmakers thought the policy was such a great idea, they would have enacted it themselves.”

Craig Burnett, assistant professor of political science, was interviewed by the Associated Press about Cynthia Nixon challenging Governor Andrew M. Cuomo in the 2018 Democratic primary. While Cuomo is vulnerable on some issues and Nixon is recognizable to the public, she has a tough road ahead of her because: “He has the money. He has the know-how. He has the campaign structure. It will be a huge battle for her.” The article says that although the Working Families Party has endorsed Nixon as the Democratic nominee, the organization’s leaders said that they will meet with her if she loses the September primary to find a way to avoid splitting the liberal vote in November.

Logistics could put ranked-choice voting on hold in 2018

Maine’s new ranked-choice voting system will be used for races for governor, U.S. Senate, U.S. House, Maine Senate and Maine House. Craig Burnett, a Hofstra University political science professor who has studied ranked-choice voting, said there are pluses and minuses to the system that Maine has chosen. Some people will love it, and others won’t, he said.

Craig Burnett, an assistant professor of political science at Hofstra who has studied the Senate races, said that Mr. Marcellino and Mr. Venditto’s seats should be safely Republican, but that the arrests could complicate that, even if the incumbents are state officials and not county. “Voters don’t necessarily make these distinctions,” Professor Burnett said, adding, “They know that there’s people on the ballot and that’s the only way they have to express themselves.”

Third-Party Candidates Don’t Have to Be Spoilers

An alternative ballot system used in some local elections allows votes to be shifted to another choice if the first choice doesn’t win.

The Politics of Potholes: Service Quality and Retrospective Voting in Local Elections

2016 By conditioning their support for political incumbents on observed performance outcomes, voters can motivate elected officials to represent their interests faithfully while in office. Whether elections serve this function in subnational US government remains unclear, however, because much of the existing research on retrospective voting in these contexts focuses on outcomes that are not obviously salient to voters or over which the relevant government officials have limited influence. In this study, we examine one outcome—the quality of local roads—that is both salient and unquestionably under the control of city government...

2016 Over the past decade, an increasing number of scholars and professionals have turned to the Internet to gather samples of subjects for research ranging from public opinion surveys to experiments in the social sciences. While there has been a focus on whether online samples are representative and accurate, fewer studies examine the behavioral differences between individuals who participate in surveys and experiments on a computer versus in-person. Here, I use an experiment to gauge whether respondents who self-complete surveys online are more likely to register higher knowledge scores compared with respondents who self-complete surveys with pen and paper in a laboratory...

The Dilemma of Direct Democracy

2010 The dilemma of direct democracy is that voters may not always be able to make welfare-improving decisions. Arthur Lupia's seminal work has led us to believe that voters can substitute voting cues for substantive policy knowledge. Lupia, however, emphasized that cues were valuable under certain conditions and not others...