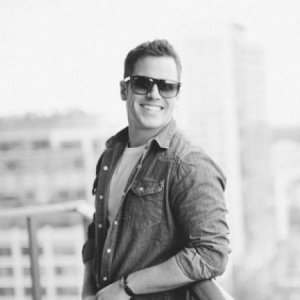 These days I’m fortunate to be running point at Bitmaker Labs, Canada’s largest coding bootcamp. As a two time drop out (both university and college), I’m incredibly passionate about reshaping traditional education to better suit both students and the evolving workforce.

I also moonlight as an investor and startup dealmaker; arming emerging technology companies with the capital they need to accelerate growth. I spend a large portion of my free time working with Canadian companies I believe in.

Prior to Bitmaker I was at Uber, joining the company around employee 50 when we were in just a handful of cities. Since then, Uber has expanded into hundreds of cities, over 45 countries, over 2000 employees, and has grown to be the most valuable private internet company in the world. I was fortunate enough to get a variety of experiences there having both launched the city of Vancouver and working out of the Canadian HQ in Toronto focused on growth.

My past projects (TEDxUWO, London Vote Mob, etc) have reached over 80 countries worldwide and have been featured in national and local publications such as The Globe and Mail, MSN.ca, CBC's The National, Metro News, and many more.

Nspire - Innovator of the Month (professional)

Pillar Nonprofit Network supports nonprofit organizations in fulfilling their missions in our community. We provide leadership, advocacy, and support to the nonprofit sector through the promotion of volunteerism, professional development and networking opportunities, and information sharing.

The Notable Awards recognize young professionals (YPs) who are leaders across Canada. The recipient of the Education Award is teaching our next generation of thought-leaders through immersive, innovative and motivational strategies – they’re the mentor we all will one day want our children to have growing up.

Panelist alongside Head of Public Policy and Government Relations from Google, Blackberry, and Department of Foreign Affairs

Keynote: Software Is Eating The World

What makes a culture great and why does it matter? This week, I caught up with Craig Hunter in Toronto, ON Canada. I met Craig a couple of years ago when he helped launch the incredibly popular ridesharing service, Uber in Vancouver, BC. Setting up Uber in Vancouver was no easy feat, and since Uber Vancouver and Perch shared the same office back then, I witnessed firsthand just how hard Craig can hustle. Since that time, Uber has expanded to over 50 countries and has 2500 employees. Today, Craig is “running point,” aka the CEO of Canada’s largest coding bootcamp, Bitmaker Labs. As someone who dropped out of university, Craig is incredibly passionate about reshaping traditional education and empowering individuals to build their own ideas. Knowing this is what drives Craig, I connected with him to learn more about what life was like at Bitmaker, what his plans were for reshaping traditional education and inspiring more gender diversity in tech.

One of the beautiful things about the Toronto tech ecosystem is not only the rise in terms of high quality startups that are started and based in Toronto or the venture capital that is flowing into Toronto from world class investors. What I’m referring to is the foundation that has developed in the last few years that helps support and continue feed into those world class companies, namely the tech schools (or coding bootcamps as some might call them). They produce competent and resourceful junior level technical and design talent with the real world skills that those companies are exactly looking for. craig hunter ceo bitmaker labs Bitmaker Labs CEO, Craig Hunter In this first instalment we have Craig Hunter, CEO of Bitmaker Labs who took the time out of his busy schedule for this interview.