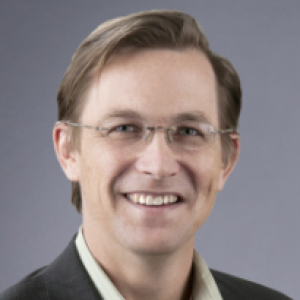 
Craig McIntosh is a development economist whose work focuses on program evaluation. 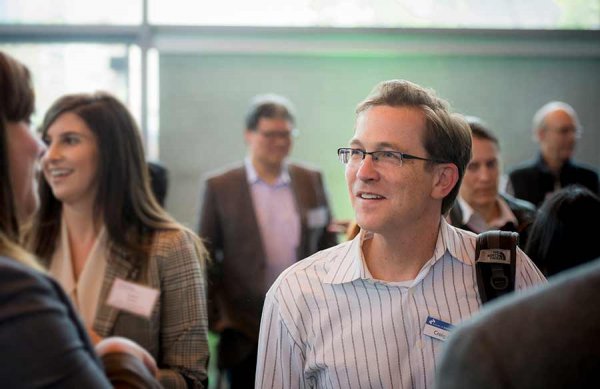 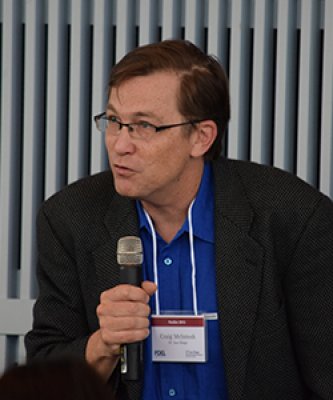 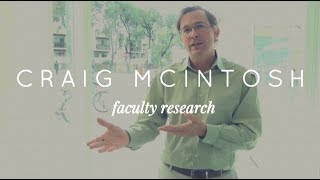 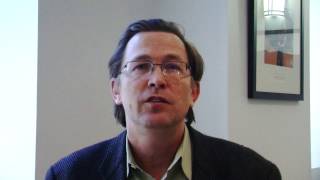 Craig McIntosh is a professor of economics at the School of Global Policy and Strategy and co-director of the Policy Design and Evaluation Lab. He is a development economist whose work focuses on program evaluation. His main research interest is the design of institutions that promote the provision of financial services to micro-entrepreneurs, and he has conducted field evaluations of innovative anti-poverty policies in Mexico, Guatemala, Malawi, Rwanda, Uganda and Tanzania.

He is currently working on research projects testing how technology can be used to extend financial services and deepen agricultural markets, as well as a set of studies seeking to understand how the impact of cash transfers relates to more conventional types of development assistance.

As co-director of the Policy Design and Evaluation Lab, McIntosh is an expert on issues related to credit, insurance and savings markets in developing countries, as well as on how to design and conduct randomized controlled trials and the field measurement techniques required to capture outcomes.

Before earning his Ph.D. in agricultural and resource economics from UC Berkeley, McIntosh did aid work in Somalia with the International Rescue Committee and spent a year on a Fulbright grant as a research director at FINCA/Uganda, a major microfinance lender.

Savings Among the Poor

The study, authored by UC San Diego economist Craig McIntosh and his Georgetown colleague Andrew Zeitlin, didn’t merely compare the Gikuriro program to doing nothing, the way most evaluations of aid programs do. It also did something called “cash benchmarking”: seeing how well a program works compared to an equivalently priced cash transfer.

CRAIG MCINTOSH, economist, UC San Diego will visit Uganda to conduct research that's meant to give farmers new ways to learn about agricultural prices and the marketing of their crops. The goal is to provide farmers with more income and to prevent food scarcity. McIntosh says, “Countries in the region often face shortages when there is ample supply in the country as a whole, due to the inability of markets to efficiently move food from surplus to deficit.”

Want to reach the world's poorest? Design for dumb phones

“In the tech world, it is such an article of faith that you're designing for tomorrow’s problems, so to get anyone excited to design for what feels like yesterday’s problems is difficult and certainly not very sexy at all,” said Craig McIntosh, a professor of economics at the University of California, San Diego.

Recent research by development economists Alain de Janvry and Betty Sadoulet at U.C. Berkeley and Craig McIntosh at U.C. San Diego shows that when the world price of coffee falls (and the advantages of selling through fair-trade channels increase), more borrowers choose to obtain fair-trade certification.

2018 This paper reports on the results of a large infrastructure investment experiment in which $68 million in spending was randomly allocated across a set of low-income urban neighborhoods in Mexico. We show that the program resulted in substantial improvements in access to infrastructure and increases in private investment in housing. While a pre-committed index of social capital did not improve, we find an apparent decrease in the incidence of personal assault and teen misbehavior in neighborhoods where investments were made. The program increased the aggregate real estate value in program neighborhoods by two dollars for every dollar invested.

Optimal design of experiments in the presence of interference

Review of Economics and Statistics

2017 We formalize the optimal design of experiments when there is interference between units, that is, an individual’s outcome depends on the outcomes of others in her group. We focus on randomized saturation designs, two-stage experiments that first randomize treatment saturation of a group, then individual treatment assignment. We map the potential outcomes framework with partial interference to a regression model with clustered errors, calculate standard errors of randomized saturation designs, and derive analytical insights about the optimal design.

The rise and fall of US low-skilled immigration

2017 From the 1970s to the early 2000s, the United States experienced an epochal wave of low-skilled immigration. Since the Great Recession, however, US borders have become a far less active place when it comes to the net arrival of foreign workers. The number of undocumented immigrants has declined in absolute terms, while the overall population of low-skilled, foreignborn workers has remained stable. We examine how the scale and composition of low-skilled immigration in the United States have evolved over time, and how relative income growth and demographic shifts in the Western Hemisphere have contributed to the recent immigration slowdown.

When the money runs out: do cash transfers have sustained effects on human capital accumulation?

2016 This study examines the medium-term effects of a two-year cash transfer program targeted to adolescent girls and young women. Significant declines in HIV prevalence, teen pregnancy, and early marriage among recipients of unconditional cash transfers (UCTs) during the program evaporated quickly two years after the cessation of transfers. However, children born to UCT beneficiaries during the program had significantly higher height-for-age z-scores at follow-up.

Is the Mediterranean the new Rio Grande? US and EU immigration pressures in the long run

2016 How will worldwide changes in population affect pressures for international migration in the future? We examine the past three decades, during which population pressures contributed to substantial labor flows from neighboring countries into the United States and Europe, and contrast them with the coming three decades, which will see sharp reductions in labor-supply growth in Latin America but not in Africa or much of the Middle East.