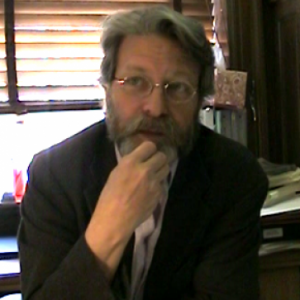 Chair and Professor, Department of Classics, Philosophy and Religion | University of Mary Washington


Craig Vasey teaches philosophy at the University of Mary Washington. 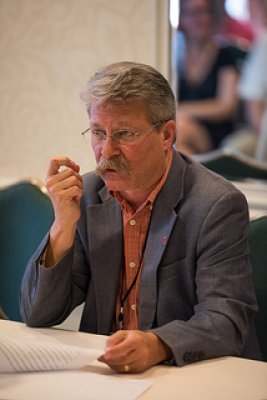 Craig R. Vasey, Chair of the Department of Classics, Philosophy, and Religion and Professor of Philosophy, earned a Ph.D. (1984) from Brown University, a doctorate (1982) from the Université de Paris-Nanterre, and a B.A. (1975) in philosophy from Towson State College (Maryland).

Dr. Vasey edited and translated Jean-Paul Sartre’s fourth volume of Roads of Freedom into a book, "The Last Chance – Roads of Freedom IV," which was published in the United States by Continuum Press in 2009. Vasey’s book is the first English translation of this unfinished Sartre work.

Dr. Vasey was co-director of Mary Washington’s Race and Gender Curriculum Development Project for eight years. He is a member of the Virginia Humanities Conference, the Virginia Women’s Studies Association, the Society for Phenomenological and Existential Philosophy and the American Philosophical Association. He is the president of the Virginia Conference of the AAUP and was elected to a three-year term on the AAUP’s National Council.

The selection criteria for the award stipulates that the recipient must have served a minimum of seven years as a member of the Mary Washington teaching faculty and must have been heavily and consistently involved in a variety of service capacities, including departmental, university-wide and community service. Nominations may be submitted by any member of the teaching faculty, staff or student body of the university.

Religious freedom has been a civil right since our nation's founding

EVERY year, Fredericksburg celebrates a remarkable document, the drafting of which was begun right here in 1777, and which then became the essence of the First Amendment to the Constitution.

Craig Vasey, chair of classics, philosophy and religion at the University of Mary Washington and chair of AAUP’s Committee on Teaching, Research and Publications, said the “most pernicious element” of quantitative student evaluations is that the results “get translated into rankings, which then take on a life of their own and don’t really improve the quality of education.” Review of syllabi and classroom observation by peers are both more “useful means of evaluating,” he said. “And I think asking students how engaged they were in the class -- and especially if they also ask why -- gets “better input from them than the standard questionnaire.”

Craig Vasey, professor of philosophy at the University of Mary Washington, has been recognized with the J. Christopher Bill Outstanding Faculty Service Award for his contributions to the university as well as involvement and leadership in the community. “He has an impressive and extensive record of service,” said Douglas Sanford, professor of historic preservation, who presented the award at an open faculty session Thursday, Aug. 22. Vasey, who joined the university in 1986, has been an integral part of the establishment of women and gender studies curriculum at UMW. He also has served as chairperson of the Department of Classics, Philosophy, and Religion since 1998.

Should a Cal State Fullerton math professor be forced to have his students use $180 textbook, written by his boss?

"With the Fullerton case, it’s important that those involved have an opportunity to make their case and that students learn what they need to learn, regardless of which book they use,” added Vasey, also a member of AAUP’s committee on professional ethics and professor of philosophy at the University of Mary Washington in Virginia.

Letter: On religion and Islam: 'We are all Americans'

As a group of scholars who study, teach, research and understand the content of and differences between various religious and intellectual traditions, and who celebrate the American principle of freedom of religion, we take issue with recent expressions of anti-Islamic and anti-Muslim sentiment that have emerged in the Fredericksburg community.

Properly honoring the legacy of these civil rights leaders

It’s a shame that this full-page article made no mention of James Farmer, the man who co- founded the Committee of Racial Equality in 1942, organized the two-bus Freedom Ride from the District, and later taught the history of the U.S. civil rights movement at Mary Washington College in Fredericksburg (now called University of Mary Washington, where I teach) and received the Presidential Medal of Freedom from President Bill Clinton.

The Day after Existentialism Is a Humanism, and The Last Chance

2010 ABSTRACT: In 1945, the day after his famous public lecture on existentialism, Sartre gave an interview to a reporter at the café Le Flore; in it, he talks more about his novels The Age of Reason and The Reprieve than about Being and Nothingness, and he talks about the project for the ...

The concept of intentionality in the work of Brentano, Frege and Husserl

1981 ABSTRACT: In this essay we shall explore that the development of the fundamental notion of Phenomenology, intentionality, has undergone in the philosophy of one of Husserl's successors of the French Phenomenological school, Emmanuel Levinas...