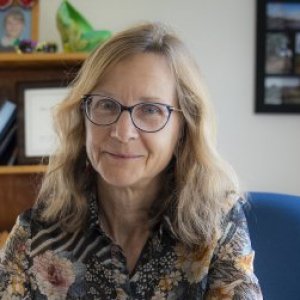 Dr. Ebinger’s research focuses on tectonic and volcanic processes occurring in rift zones and their implications for earthquake and volcanic hazards as well as for geothermal energy. She has long worked with scientists in Africa and South America to address hazard and energy challenges and to build regional networks.he has conducted much of her research on the East African Rift, and her work has led to several highly cited papers, including the "Tectonic Development of the Western Branch of the East African Rift," which was published in the Geological Society of America Bulletin and is considered the definitive study on that portion of the rift.

In addition to her numerous research projects, Ebinger has served as editor of several journals, including the Journal of African Earth Sciences, Geophysical Journal International and Basin Research and has been the president of the AGU Tectonophysics Division. She is currently chair of the AGU’s College of Fellows.

Named one of 14 Jefferson Science Fellows by the National Academies of Sciences, Engineering and Medicine.

Winner of 2021 2021 George P. Woollard Award from the Geological Society of America (professional)

The award is presented annually by the GSA’s Geophysics and Geodynamics Division. It is named for the late George P. “Doc” Woollard, who was considered an authority on gravitational and seismological aspects of geology.