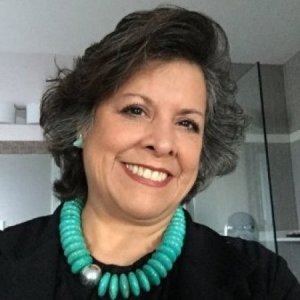 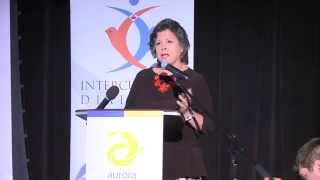 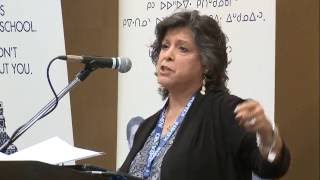 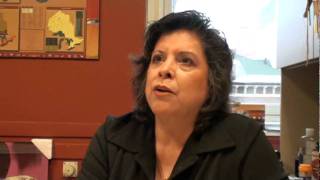 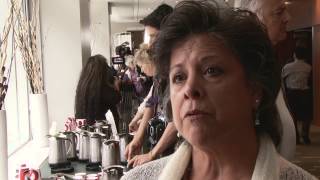 Dr. Cynthia Wesley-Esquimaux is the former Vice-Provost (Aboriginal Initiatives) at Lakehead University, Thunder Bay. She held the Nexen Chair in Indigenous Leadership at the Banff Centre in Alberta for four years, is a Status Only Asst. Professor at the Faculty of Social Work, University of Toronto, and an Adjunct Asst. Professor at Lakehead in the Department of Anthropology. She is a former Advisory Member of the Mental Health Commission of Canada, and a member of the Board of Healthy Minds Canada and Teach for Canada. She is a Honourary Witness for the Truth and Reconciliation Commission of Canada, and a member of the Governing Circle for the Centre For Truth and Reconciliation at the University of Winnipeg. She is a retired member of the Lake Simcoe Science Advisory Committee because of her move to Thunder Bay, a Lady of the Lake, and an active and engaging media representative. Cynthia is interested in environmental and humanitarian causes and is actively engaged in a variety of initiatives across Canada. Her teaching and academic writing is directed towards understanding Historic and Intergenerational Trauma and Grief within the Indigenous community. She is a member of the Chippewa of Georgina Island First Nation in Lake Simcoe. Cynthia has dedicated her life to building bridges of understanding, and sees endless merit in bringing people from diverse cultures, ages, and backgrounds together to engage in practical dialogue. She is deeply committed to public education and active youth engagement, and co-founded and Chairs the Canadian Roots Exchange out of the University of Toronto, Lakehead and the University of Saskatchewan.

The tragedy of losing too many young lives in many First Nations communities is a crisis that needs a solution. The Current asks what separates Indigenous communities that have high suicide rates from those that do not, and what can be done to fix this. Cynthia Wesley-Esquimaux, the minister of Indigenous affairs' special representative on child welfare, tells Anna Maria Tremonti that legacy is also an important factor in the discussion to find solutions to this crisis.

Cynthia Wesley-Esquimaux has been named Lakehead University's Truth and Reconciliation chair, the first such position in a Canadian university. THUNDER BAY – When the Truth and Reconciliation Commission named Cynthia Wesley Esquimaux an honourary witness, she took on reconciliation as a life-long responsibility. The nature of that responsibility has become clear over the last three years and on Friday, her work was granted a new and official title. Wesley-Esquimaux was named Lakehead University’s chair on truth and reconciliation at a dignitary-studded ceremony at the Bora Laskin Faculty of Law. It’s the first such position created in any Canadian university. Wesley-Esquimaux will be an official point person for reconciliation both on Lakehead University’s campuses and across Northwestern Ontario. “It’s the perfect step into an official role that says, ‘yes, I know I’m a target in some ways too, for people who don’t necessarily agree with this conversation but also a beacon of hope for people who do,’” she said.

Lakehead University in Thunder Bay, Ont. has taken a step towards reconciliation with Indigenous peoples that the school's president Brian Stevenson believes is a first in Canada. On Friday, Cynthia Wesley-Esquimaux was named the university's first chair for truth and reconciliation. The former vice-provost of Aboriginal initiatives will advocate for healing within the Lakehead University community and beyond. "It's time to lay down our anger and distrust and create the kind of relationship we can all be proud of," Wesley-Esquimaux said. 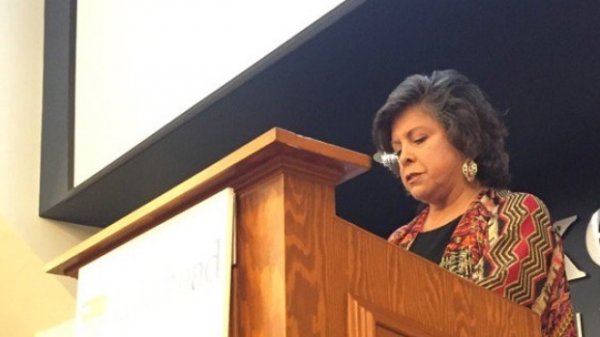 We Must End The Cycle Of Trauma In Indigenous Communities

Author of Article. Sometimes we have to go backwards before we can go forwards. As we absorb the devastation of suicide in Attawapiskat, this is definitely one of those times. In fact, in so many ways it is critical to work backwards to find understanding on how we arrive at the places we do. For over 150 years, with the oft stated goal of "taking the Indian out of the child" and making them like their jailors, indigenous children from Canada and the United States were incarcerated in Indian Residential Schools. And to this I can only shake my head and say congratulations, this was a job well done! How far away can anyone get from the "love and care of a mother" than the brutality those children experienced? [More...]

Since the announcement of Lakehead’s initiative regarding indigenous knowledge in the curriculum, the lack of public information made available to students has been the cause of a great deal of controversy and criticism. Cynthia Wesley-Esquimaux spearheaded a special presentation on Tuesday and sought to shed more light on the topic. Generally aimed at faculty, the event proved to be incredibly valuable to attend for students with questions regarding the implementation of Lakehead’s plan. Esquimaux’s presentation outlined the ways in which professors and members of faculties could go about ‘decolonizing’ or ‘indiginizing’ their learning. Realizing that there would be a learning curve, she called for flexibility in teaching and a mutual conversation between faculty and students. She also highlighted that Lakehead is not the only university to implement a program like this, and the idea is nothing new or exclusionary toward students.

Wesley-Esquimaux: Aboriginal youth find their voice in Idle No More

I have long maintained and actively expressed my belief in the youth of our indigenous nations. I have learned through direct experience that this is where the fires of change are kindled, stoked by the kind of fierce fearlessness of consequence that adults learn to abhor. They have nothing to lose when it comes to dancing in the streets, challenging authority, or casting caution to the winds. Idle No More is exactly the venue of vision they have been waiting for — finally, something that is almost entirely theirs through which they can express everything they have been aching to say for seven generations. We have all been young Canadians at some time and voiced our opinion on the direction of this country. Some of us have even taken the path to political representation once we got old enough to be taken seriously. Today’s youth have the kind of insight and skill at building connections that could no doubt turn around the most jaded political consciousness.

Chapter in the International Journal of Mental Health & Addiction

“Mining Our Lives for the Diamonds”

August 2013 Aboriginal women across Canada have waited far too patiently for wrongs to be righted and senseless historic and contemporary pain to cease. Today, through narratives like this one, we are undertaking a heroic journey, a journey that begins with truth; in fact, it is a journey that begins with the laying down of seven profound Indigenous values, values that are stepping stones to an ancestral home some of us have never visited in our entire lives. This means the gathering up of a collective courage, a willingness to begin, to step out and into to what we know to be true and waiting for release. So, this is my story, a story that begins like many others…once upon a time…

“In a time without ceremonies how will they come of age?”

“Respect, Reflect and Watch the Ideas Flow: What can our First Nations teach us about respecting and protecting water?”

“This is the Future of My Canada”

Wesley-Esquimaux, C. and A. Snowball April 2010 DOI 10.1007 / s11469-009-9265-6, Pages 390-407 The progressive approaches First Nations, Métis, and Inuit communities use to address health and wellness concerns are rarely written about or acknowledged in a positive manner. This paper speaks to a concept introduced through the Canadian Aboriginal Aids Network (CAAN) entitled “wise practices”. CAAN saw a wise practices model as more useful and inclusive of Aboriginal community practice and knowledge exchange than the current “best practice” model. In addition, wise practices acknowledge and express the notion of “Changing the Face of Aboriginal Canada”, a metaphor frequently used by the senior author of this paper, as a long overdue vehicle for lifting up the collective morale of Aboriginal peoples in Canada. Indigenous peoples worldwide have long articulated an inherent wisdom in developing recovery processes. This natural wisdom has been chronically dismissed and underutilized as a framework for re-building a healthy social construct and worldview. The social and emotional utility of constructing and implementing a “wise practices” healing model based on what are commonly referred to as the Seven Sacred Values, has great potential for addressing violence, mental illness and addictions in Aboriginal communities and can better serve health promotion alongside the western model of “best practices.” A wise practices model becomes another, deeply humane way, of expressing and operationalizing the traditional knowledge base of Aboriginal Canada and returns a sense of self-efficacy and social strength to Aboriginal communities.

2010 My concern is these serious issues will continue to worsen, as a domino effect that our Ancestors have warned us of in their Prophecies (Arvol Looking Horse, May 2010). Aboriginal peoples have walked a long way through a landscape of loss and determination since early contact with Europeans. Today Indigenous authors, healers and spokespeople are asking our people to awaken fully and begin the process of reviving and practicing the seven sacred values that guided our ancestors and ensured that we might live today. The Prophesies and Creation stories contain the encouragement our people need to unburden themselves of deeply embedded historic trauma and loss. We have work to do; to tell our own stories, to actively participate in rescripting the narrative of our lives and representations, and to do this in our own voices (Nissley, 2009). This paper is a narrative of the historic challenges that have shadowed the many since ‘his-story’ began interspersed with the story of my own lived experience.

“Trauma to Resilience: Notes on Colonization”

2007 Canada has been witnessing a revival of “First Peoples” strength and determination in recent decades. The impetus behind this revival takes many forms: - The restoration of traditional systems of belief and practice; - The resurgence and reclamation of languages; - The growth of First Peoples sense of national identity and the re/deconstruction of Indigenous people’s history worldwide.

Wesley, Esquimaux, C., and Smolewski, M. 2004 This study proposes a model to describe the intergenerational transmission of historic trauma and examines the implications for healing in a contemporary Aboriginal context. The purpose of the study was to develop a comprehensive historical framework of Aboriginal trauma, beginning with contact in 1492 through to the 1950s, with a primary focus on the period immediately after contact. Aboriginal people have experienced unremitting trauma and post-traumatic effects (see Appendix 1) since Europeans reached the New World and unleashed a series of contagions among the Indigenous population. These contagions burned across the entire continent from the southern to northern hemispheres over a four hundred year timeframe, killing up to 90 per cent of the continental Indigenous population and rendering Indigenous people physically, spiritually, emotionally and psychically traumatized by deep and unresolved grief.

“Consultation on Education in Ontario”