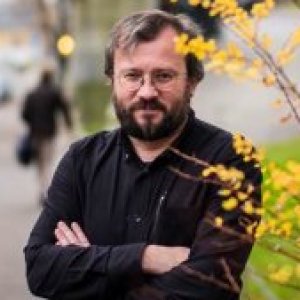 Archimandrite Cyril Hovorun is a postdoctoral research fellow at Loyola Marymount University. At LMU, he is on academic leave from Sankt Ignatius Theological Academy in Sweden and the Stockholm School of Theology, where he is a Senior lecturer. His main fields of expertise are early Christian traditions, ecclesiology, and public theology. He has published Will, Action and Freedom: Christological Controversies in the Seventh Century (Leiden; Boston: Brill, 2008) and Meta-Ecclesiology: Chronicles on Church Awareness (New York: Palgrave Macmillan, 2015). Fr Cyril chaired the Department of External relations of the Ukrainian Orthodox Church. He also bore responsibilities for the modernisation of the system of theological education in the Russian Orthodox Church, when he was the first deputy chairman of the Educational Committee of the Moscow Patriarchate. He has been engaged in numerous ecumenical activities, as a member of the Commission on Faith and Order of the World Council of Churches, and as an Orthodox representative to the bilateral dialogues with the Roman Catholic, Anglican, Lutheran and Oriental churches, as well as to the Orthodox-Jewish dialogue.

Christology and Trinity in the Early Church

Faith on the Ukrainian Fault Line

Talking on religion in the post-Maidan Ukraine