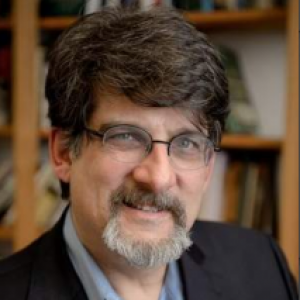 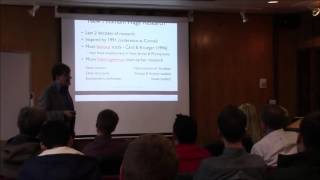 Dale Belman is a Professor in MSU’s School of Human Resources and Labor Relations and president of the Institute for Construction Economics Research. His research focuses on labor market regulation, collective bargaining, trucking and construction. His work on construction includes Building Better: A Look at Best Practices for the Design of Project Labor Agreements (2010), Project Labor Agreements (2006), and The Effect of Project Labor Agreements on the Cost of School Construction in Massachusetts (Industrial Relations, 2010). His current research on construction includes improving project performance through enhancing employee engagement, an assessment of skilled labor shortages in construction in the Southeast and improving selection into apprenticeship programs. Prior to researching construction, he studied employment relations and markets in trucking. Professor Belman’s has published books on the effect of the minimum wage What Does the Minimum Wage Do? (Upjohn, 2014) and trucking, Sailors of the Concrete Sea: The Work and Life of Truck Drivers (MSU Press, 2005) and Trucking in the Age of Information (Aldershot, 2005). What Does the Minimum Wage Do? won the Bowen Prize for best policy book in labor economics and labor relations from Princeton University in 2015.

There’s not really a roadmap for where we’re going. Economists Dale Belman of Michigan State and Paul Wolfson of Darmouth evaluated 200 minimum-wage studies and published “What Does the Minimum Wage Do?” in 2014. Their summary: “Evidence leads us to conclude that moderate increases in the minimum wage are a useful means of raising wages in the lower part of the wage distribution that has little or no effect on employment and hours.”...

There's a large body of rigorous economic research devoted to that subject. It includes a lot of counter-factuals: If the wage hadn't gone up, would the economy have created more jobs, and if so, how many? There are some studies that find higher minimum wages hamper job creation; a recent and comprehensive survey of studies, by economists Dale Belman and Paul J. Wolfson, finds no statistically significant effect on jobs from the relatively modest federal minimum wage hikes across American history...

Dale Belman, professor in the School of Labor and Industrial Relations, received the Bowen Award for most important public policy book of 2014 from the Industrial Relations Section at Princeton University. The Section is located in a Princeton University library and specializes in labor subjects, designed for the use of students, faculty, practitioners and researchers.

Michigan State University has a number of experts who can speak to union issues, including professor Dale Belman, who says the future of the American labor movement is unclear as right-to-work begins (read more here)...

On one hand, union membership in the private sector has fallen to its lowest point in nearly a century and likely will bottom out at about 5 percent in the next 10 years, said Dale Belman, professor in the School of Human Resources and Labor Relations.

Who Is Affected by the Minimum Wage? Industrial Relations A Journal of Economy and Society

15 Years of Research on U.S. Employment and the Minimum Wage Tuck School of Business Working Papers

Statistical analysis of the effect of the minimum wage on employment, has been very active for the last quarter century. More than 60 analyses using U.S. data have appeared since the exchange between David Neumark and William Wascher, and David Card and Alan Krueger in the AER (December 2000). This study presents a meta-analysis of the 37 that report results in a way that makes them easily comparable and suitable for this technique. The most important result is that the consensus range of -0.3 to -0.1 has shifted considerably toward the origin: -0.12 to -0.05. We find a moderate degree of publication bias in this literature, but no support for the proposition that the minimum wage has had an important effect on U.S. employment.

The authors examine the influence of individual and collective voice mechanisms on employee access to and use of six work–life flexibility practices. Their multilevel analyses are based on an original survey of 897 workers nested in departments across eight unionized establishments in the United States. Collective voice measures include the effectiveness of union pay benefits and union schedule support at the individual and union (group) levels. The authors' analyses indicate that when unions are perceived to effectively support workers' schedule needs, individual access to flextime, gradual return to work, and a compressed workweek is higher. By contrast, when unions are perceived to effectively negotiate higher wages and benefits and enforce the collective agreement, individual access to flextime and a compressed workweek is lower. Collective voice measures are also significantly related to the use of a number of work–life flexibility practices. These findings suggest that union behavior can have a significant and varied influence on access to and use of work–life flexibility practices.

As part of the debate on how to treat attributes of a job (as opposed to a worker) when measuring federal differentials, the focus has been on the proper treatment of employer size. Using employer size, we highlight the two extremes in the literature of either holding job attributes constant or of assuming attributes do not transfer between sectors. A third alternative-estimating the extent to which the attribute will transfer-is much closer in value to that generated by holding employer size constant.