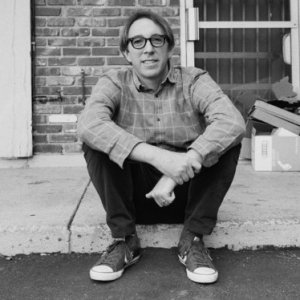 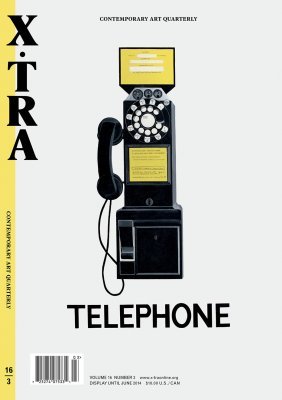 Damon Willick is Professor and Chair of the Department of Art History. He teaches courses in modern and contemporary art and has a particular research concentration on American visual culture of the post-World War II period. He received his Ph.D. in Art History from UCLA in 2004 where he also completed his undergraduate studies. He is the author of Valley Vista: Art in the San Fernando Valley, ca. 1970-1990 (Angel City Press, 2014) and has written for journals including X-TRA, Art Lies, Artpulse, Spiritus, East of Borneo, and NKA Journal of Contemporary African Art as well as numerous book chapters and museum catalog essays. Dr. Willick is an active curator and art critic, and currently serves as a contributing editor of the journal X-TRA Contemporary Art Quarterly.

The local 7-Eleven is the meeting place, watering hole and cultural center of the San Fernando Valley. At least that's what Valley-raised artist Jeffrey Vallance wrote in a 1985 essay titled "Avenue of the Absurd: Landmarks of the West San Fernando Valley." Today Vallance's kitschy mixed-media installations featuring the Oscar Mayer Wiener mascot known as Little Oscar are displayed, along with the work of nearly 40 other artists, including Valley professors and people born, raised or educated there, in an exhibition that opened this weekend titled "Valley Vista: Art in the San Fernando Valley, ca. 1970-1990" at the Cal State Northridge art galleries...

Mention the "the Valley" and, for many, what comes to mind is suburban sprawl, fast-food joints, mini-malls, and "Valley girls." A vibrant art scene? Not so much...

This essay reconsiders Los Angeles’s Gallery 32 and its vital contribution to Los Angeles art history from 1968 to 1970. Founded and run by Suzanne Jackson, Gallery 32 exhibited challenging, controversial work and became a gathering place where not only art but politics and society were discussed and explored. As such, the gallery partook of the broad political struggles of the times and contributed to the city’s remarkable artistic diversity.

This essay reconsiders Los Angeles’s Gallery 32 and its vital contribution to Los Angeles art history from 1968 to 1970. Founded and run by Suzanne Jackson, Gallery 32 exhibited challenging, controversial work and became a gathering place where not only art but politics and society were discussed and explored. As such, the gallery partook of the broad political struggles of the times and contributed to the city’s remarkable artistic diversity.

In the Valley with Jeffrey Vallance

Situated between the Santa Susana, Verdugo, and Santa Monica Mountains, the San Fernando Valley encompasses the northwest section of Los Angeles. With a current population of close to two million “Vals,” it is home to more than one-third of the city’s total inhabitants. Vals have long been outsiders to the cool school of LA mythology. Predominate views of the Valley reek of cultural elitism and classism and cast the region as ground zero for all that is detested about Southern California: suburban sprawl, smog, porn, mini-malls. Bad taste, however, is not the same as no taste, and there is a significant art history of the San Fernando Valley that is worth exploring in relation to Los Angeles’s broader development as a contemporary art center...

Vern Blosum was seemingly there at Pop art’s inception. Not only did Lucy Lippard include the artist’s Telephone (1964) in her seminal book, Pop Art (1966), but Blosum also exhibited in several historically signiﬁcant exhibitions: John Coplans’s Pop Art USA (1963), the Albright-Knox Gallery’s Mixed Media and Pop Art (1963), and the Washington Gallery of Modern Art’s The Popular Image (1963). Tomwork at Assembly’s exhibition Vern Blosum: Out of Order, Paintings 1962–1964 resuscitates Blosum from obscurity just enough to raise important questions about the artist and his work in relation to issues of authorship and the canonization of Pop in its early years...

In December of 1966, Harold Gregor and the faculty of Chapman College’s Art Department organized the exhibition Everyman’s Infinite Art in the school’s Purcell Gallery. As explained in the exhibition catalog, Everyman’s Infinite Art contained thirteen works that were meant to minimize the functions of the gallery, artist, and critic while challenging the prevailing assumptions of what works of art entailed. The gallery, in fact, was closed for the two weeks that the exhibition took place, thus making its catalog with its written descriptions of the art the art itself. In this issue of X-TRA, we present a reprint of the catalog along with an interview with Gregor and an essay by Lane Relyea...

Criticism After Art: Comments on the “Crisis” of Art Criticism (or, How Writing About Art Writing Earns Its Bad Name Again and Again)

Polemics on art criticism are as cyclical and predictable as local television weather reports. The deja vu of such weather reporting, whether it’s the ordinary heat waves of summer or the yearly storm watches of winter, has always relied on a certain eschatological mentality in which the next storm is more extreme and pressing than the previous season’s. In such states of mind, every dark cloud contains the torrential downpour, every heat wave the next catastrophic drought. In most writings on the state of art criticism, there is a similar critical amnesia that takes place. The same basic arguments get repeated and packaged in unique, but familiar ways. Writers usually fall into binary oppositions: one side of the debate decries the absence of aesthetic standards, mourning the loss of formalist criticism a la Clement Greenberg, while the other side derides formalism’s subjectivity and elitism while defending itself against accusations of academicism and political correctness...

The LAndscapes of Adam Harrison