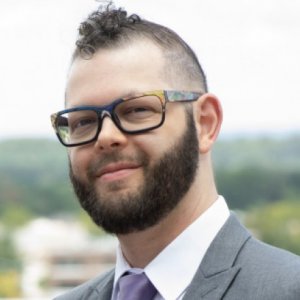 Dan Cerny is a freelance television producer, writer, and editor who, over the past 16 years, has lent his talents to nearly 40 different series for more than 25 networks and streaming platforms from A&E to WWE. He received his first Emmy nomination for Outstanding Picture Editing on the show Born This Way in 2016. Dan independently creates, produces and pitches his own show concepts and is currently writing a new book for aspiring film students.

Dan is thrilled to bring his industry experience to his LMU classroom. He finds great inspiration in his students' work and has been greatly humbled by their feedback. As one wrote, "Never in my life have I had a professor so invested in my growth."

Outside the industry, Dan has a passion for games with a growing tabletop collection, an international pinball ranking and a Nintendo World Record.