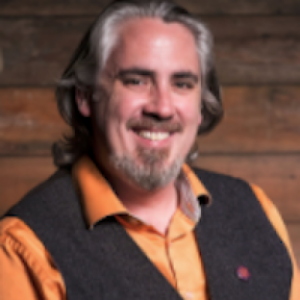 
A lover of creativity and innovation, Dan takes pride in VIATEC's unique approach to serving its members

Dan fell in love with Victoria the moment he first landed here in 1998. Upon returning home to Ontario, he built a mahogany sea kayak because he knew he was coming back for good.
After being accepted by Royal Roads University to their degree in Entrepreneurial Management, Dan transferred from Trent University where he started in Political Science after accidentally getting elected to Georgina City Council when he was 22. Fortunately for Dan, one of his RRU profs was Doug Taylor, the then CEO of VIATEC. They hit it off and two weeks after graduating Dan started on a 7-month contract.

Dan loved how the not-for-profit world allowed his entrepreneurial spirit to flourish while making a difference helping other entrepreneurs realize their dreams. Having previously operated his own IT support company and a publishing company, Dan knows how tough starting a business can be and he takes great satisfaction from playing any role he can in helping others achieve their goals.

15 years later, Dan's 7-month contract has turned into career and in 2005, he was promoted to leading the organization. A lover of creativity and innovation, Dan takes pride in VIATEC's unique approach to serving its members. The lines between Dan's work and personal life blur in every imaginable way and VIATEC and its events are more likely to be influenced by Burning Man and Tall Tree than any other typical event.

Outside of work, Dan spends every moment he can with his 4-year old son Max and his wife Jeanie. Besides music and art festivals, he loves playing guitar, glamping and watching The Big Lebowski.