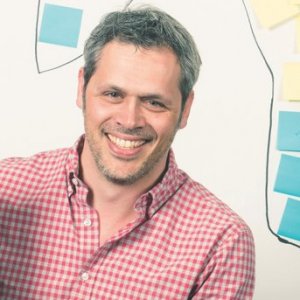 A graduate of the University of North Carolina at Chapel Hill, Dan London has been involved in the online marketing industry since the early 90s, including a stint as an online marketing associate for LastAvailable.com during the wrong side of the Dot Com explosion. As the top copywriter for a local Durham ad agency Clean Design, he wrote web and print copy for numerous companies such as IBM, John Deere and Red Hat. After a short time as a 6th grade teacher, Dan joined search marketing firm Websourced as an SEO Copywriter and quickly began taking on top clients such as Lowe’s, Black and Decker and Citi Financial. The following year, he advanced to the Paid Search team, managing high-profile accounts such as Motorola, Sam Ash, Skechers and Interstate Battery.

In 2006 Dan joined Lulu.com as the Director of Search Engine Marketing. Dan took on both natural (SEO), paid search (PPC) as well as banner advertising. Dan was able to increase the traffic by nearly 2500% during his time at Lulu and helped to increase revenue BY NEARLY 800%. Dan was also vital in establishing an affiliate program and aggregating all of Lulu’s books across all major Internet shopping engines.

In August of 2009, Dan joined ShareFile.com as the Director of Online Marketing. In his short time at ShareFile.com Dan has significantly increased organic traffic and been instrumental in increasing revenue. He also jump-started the social media marketing program and has been able to drive significant revenue via Facebook, Twitter and LinkedIn.

In October of 2011, Citrix acquired ShareFile. Dan then transitioned into his current role of Senior Manager, Online Marketing at Citrix.

In 2014, Dan became the Director of Marketing for Ansible.

Dan was a featured Speaker at Google AdWords Client Forum and at numerous search marketing and social media events on the East Coast including the 2011 Kenan-Flagler Business Symposium at the University of North Carolina, Internet Summit, and the Business Journal Social Media Madness Launch Event.