Know by Audiences as The Inspired Grocer 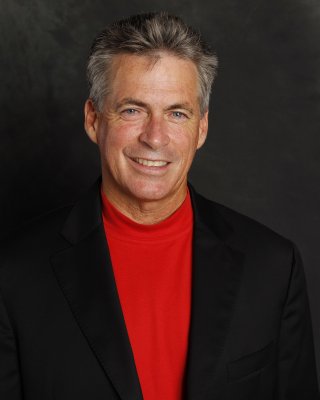 Dan was only 17 and a senior in high school when his father’s job took their family from California to Texas. Deciding to stay behind, he believed that his friends and his position as stock-boy at the neighborhood grocery store were all he needed to tackle the world on his own.

Today, as a leader in Retail Operations for one of the largest divisions of a top North American food retailer, Dan Riley is recognized as an expert in the food industry, as someone who knows the industry inside-out.

Known as The Inspired Grocer, Dan motivates audiences while giving an overview of an ever-changing and always challenging retail landscape. He has managed, led, and most of all, inspired literally thousands of managers and employees.

However, Dan’s rise to the top wasn’t exactly a direct ascent!

In and out of college for almost eight years, he eventually ran into an industrial psychologist. After being tested for “promotion suitability” time and time again, he was continually turned away. Rather than settling for mediocrity, Dan changed the trajectory of his life and career.

Since those fateful meetings, Dan’s ambition, curiosity and self development have resulted in numerous promotions, and given him a truly unique and valuable perspective on food retailing and leadership.

His story is that of the incredible journey from bag-boy to Vice President. It is guaranteed to inspire and transform both rookie and seasoned leaders alike. His tale transcends food retailing, and speaks to aspiring leaders across all spectrums.

Fire in Your Belly: Set Yourself on Fire

Be inspired by Dan's remarkable journey from a 'nobody' who bagged groceries, to his eventually being appointed VP of Operations of a major U.S. company. He'll share his wisdom and the principles used, when every door was closed to him, to find his way to the career of his dreams. Dan will provide you with insights, strategies and help you clear the way, so that you too can attain the career of your dreams