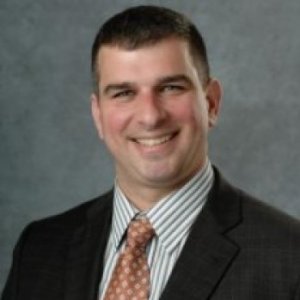 Dana is an assistant professor in Biosystems and Agricultural Engineering at Michigan State University. In addition, to his teaching and outreach responsibilities, he is the manager of the Anaerobic Digester Research and Education Center (ADREC). The ADREC is collaborative effort between the University and a private foundation to provide a continuum of research, professional development and outreach support for waste-to-energy systems. ADREC research includes bench top, pilot scale and commercial anaerobic digestion systems used to evaluate feedstocks, optimize performance and integrate technologies. He has overseen design, construction and operation of three commercial scale digesters and numerous demonstration and pilot scale systems. The Michigan State University South Campus Digester was recognized by the American Biogas Council as the 2014 Institutional Project of the Year. Throughout his career, Dana, has also worked on issues involved livestock nutrient management, nutrient separation and recovery, sand bedding recovery and dairy facility design.

Michigan State University has created a green solution for the problem of what to do with animal and food waste at the Detroit Zoo. MSU researcher Dana Kirk and his team worked with the Detroit Zoo to build the first anaerobic digester at a zoo in North America, creating clean energy capable of powering some of the zoo’s operations. You might say, they’re turning poo into power.

"The goal is to improve the sustainability of how we apply and how we use manure on crops and find more value in the manure," Dr. Dana Kirk, biosystems and agricultural engineer with Michigan State University's Anaerobic Digestion Research & Education Center, said during a presentation on manure treatment technology options presented by DAIReXNET.

Anaerobic digestion facilities are popping up across the country, including some at college campuses. Michigan State University, in East Lansing, Mich., is leading with way with a facility that processes between 20,000 and 24,000 tons of food waste annually to generate 380 kilowatts of electricity every hour for the campus, up to 2,800,000 kwH annually.

Though anaerobic digestion is not a new form of technology, it's a relatively new venture for Michigan State University. Dr. Dana Kirk, manager of the Anaerobic Digestion Research and Education Center at Michigan State, tells Greening of the Great Lakes host, Kirk Heinze, how traditional lab funded research and applied projects at the plant are boosting sustainability on campus by creating clean, alternative energy.

Michigan State University (MSU) has operand an anaerobic digester that will produce biogas from the co-digestion of farm and food waste on its campus. The university said that the facility will process some 17,000 tons (15,400 tonnes) of organic waste each year, making it the largest biogas facility of its type on college campus in the U.S., both in terms of throughput and energy output.

2016 Microbial communities of anaerobic digestion have been intensively investigated in the past decades. Majority of these studies focused on correlating microbial diversity with biogas production. The relationship between microbial communities and compositional changes of the solid digestate (AD fiber) has not been comprehensively studied to date. Therefore, the objective of this study was to understand the responses of microbial communities to different operational conditions of anaerobic co-digestion and their influences on biogas production and solid digestate quality. Two temperatures and three manure-to-food waste ratios were investigated by a completely randomized design. Molecular analyses demonstrate that both temperature and manure-to-food waste ratio greatly influenced the bacterial communities, while archaeal communities were mainly influenced by temperature. The digestion performance showed that biogas productivity increased with the increase of supplemental food wastes, and there were no significant differences on carbohydrate contents among different digestions. The statistical analyses conclude that microbes changed their community configuration under different conditions to enhance digestion performance for biogas and homogenized solid digestate production.

2017 The objective of this study was to delineate the effects of different coffee processing residues on the anaerobic microbes and corresponding digestion performance. The results elucidated that the mucilage-rich feed enhanced the accumulation of methanogens, which consequently led to better digestion performance of biogas production. Fifty percent more methane and up to 3 times more net energy (heat and electricity) output were achieved by the digestion of the mucilage-rich feed (M3). The microbial community and statistical analyses further elucidated that different residues in the feed had significant impact on microbial distribution and correspondingly influenced the digestion performance.